The longstanding perception of turntablism itself as a masculine activity is finally under threat. We chat to three of the scene’s leading female turntablists on the changes afoot and the remaining impediments 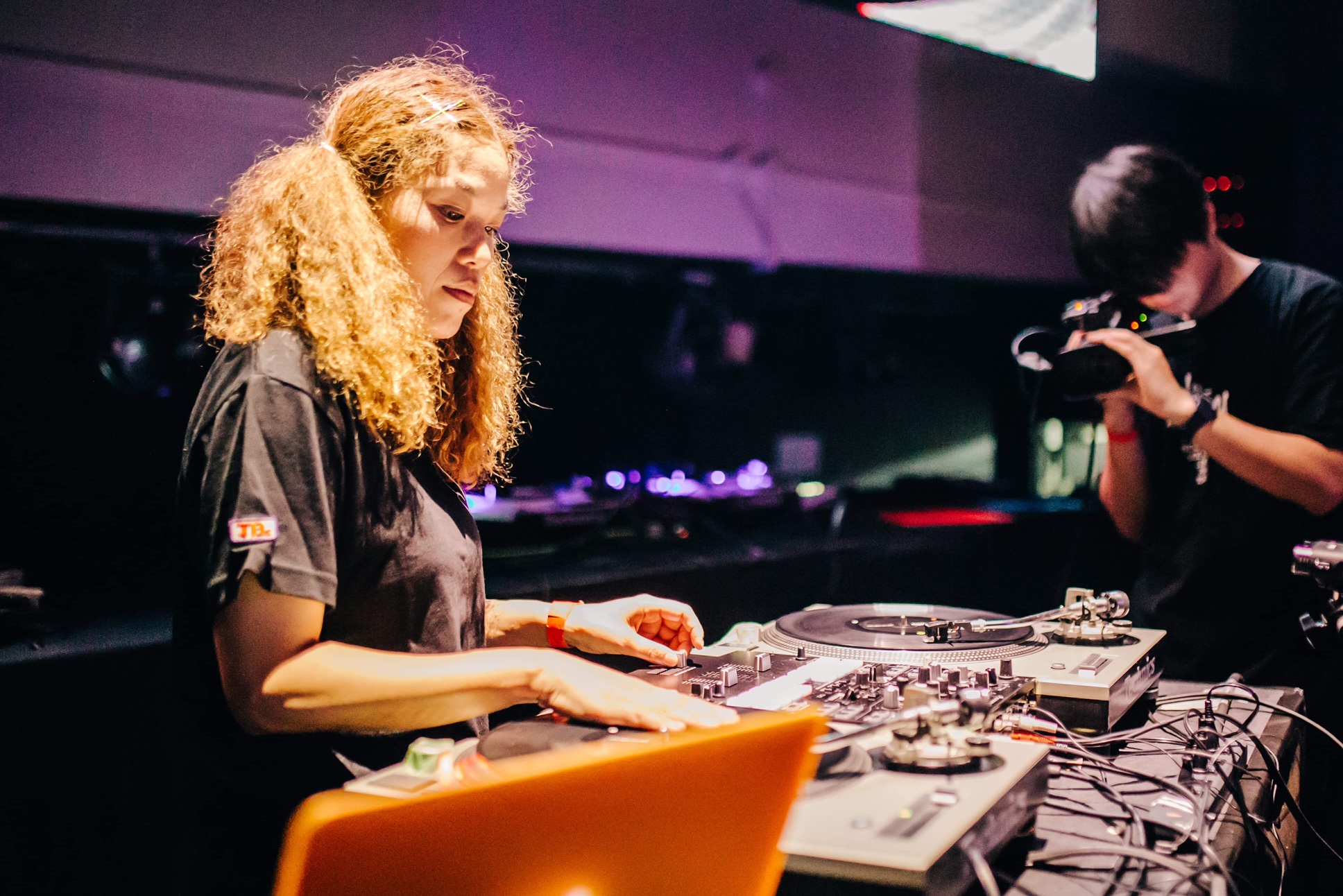 The battle is an enduring image in DJ culture. Two combatants face-off on stage for precision-targeted, breakneck mix routines; juggles, samples, cuts and scratches, an aggressive barrage of tricks and effects showcased to drooling disciples of a decades-old craft. As much about creating things as smashing sounds to bits with mind-blowing hand-eye coordination, expert turntablism is a sight to behold but one usually absent of women.

For his 2007 Music Quarterly essay, professor Mark Katz conducted extensive research to answer the question: why are DJ battles dominated by men? It’s worth a read, but doesn’t reach any straightforward conclusions. There are also easy criticisms to make — the scope is limited to North American, many theories are rooted in stereotypes of masculinity and femininity, and as with this article, the author is a man with a male gaze.

Nevertheless, his inability to name more than a handful of iconic female turntablists is telling. Citing Kuttin Kandi, Jazzy Joyce, Pam The Funkstress, Killa-Jewel and DJ Sparkles as examples, 13 years on this corner of music doesn’t seem to have changed much at first glance. By no means the only DJ battle on the planet, the DMC Technics World DJ Championships is widely regarded as the most significant, and its numbers speak volumes. In 35 years of competition, every overall winner has been male. Preliminary rounds do see female representation, but putting this into context 2020 saw over 350 entrants, fivee of which were women.

“It’s a difficult thing to chat about for me because I feel like I’m talking for women, which is shit,” says Sarah Warren AKA Dolittle, who is currently the UK’s only successful DMC Technics World DJ Championships entrant after appearing last year. Starting out on the scratch scene in her teens, the Kent-born 32-year-old now lives in Queenstown, New Zealand. Her CV also boasts an academic thesis on sampling and cutting. 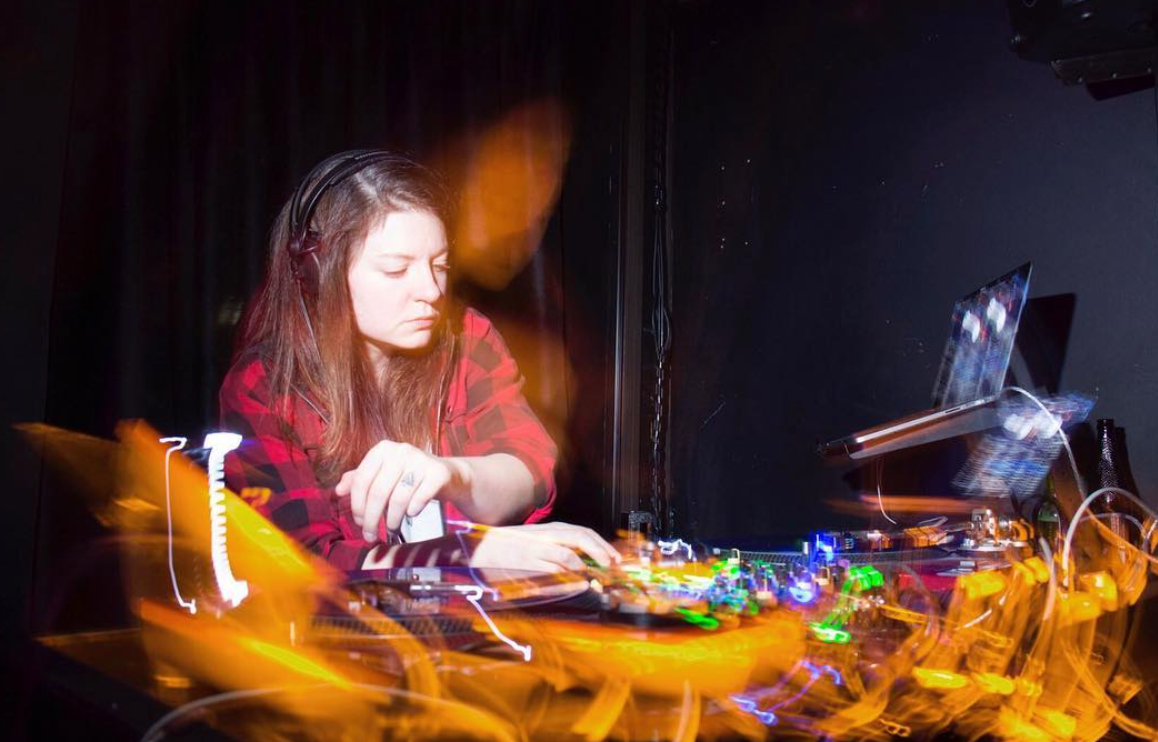 Sarah Warren AKA Dolittle
“I’m 32, and I was chatting to my mate the other day just about how you’re brought up and what you perceive, almost that if you’re a strong woman you’re masculine somehow,” she continues, explaining that men on the scene have always supported and encouraged her — from early tutelage at the hands of ButterFingerz, to DJ Spell giving her a spot at the 2018 Kame World Classic battle. In contrast, the perception of turntablism itself as a masculine activity is an underlying issue.

“There’s this thing called imposter syndrome, they say it’s just women, it’s not,” Dolittle quips, before telling us she believes more women turntablists are playing than competition figures suggest. “But I think that’s an issue, imposter syndrome, because I definitely feel even the girl turntablists often have an element of masculinity. They’re quite like hip hop, obviously, they’re doing turntablism, and I don’t think they are flexing with what most consider femininity.”

In his essay, Katz correctly points out that the 21st Century audience for turntablism and DJ battles is now primarily online. Every routine performed in front of the crowd at a competition is also filmed for digital redistribution, and an eternity of scrutiny on networks like Facebook and YouTube. We broach the subject of online abuse as a possible concern for women, whose experience of trolling is far more likely to involve sexual aggression compared to men. While not having much experience herself, Warren believes this is a potential threat. “I’ve had one troll, which apparently means you know that you’ve made it.

“I knew it was putting it out there and I’m doing some dumb faces and being silly in my routine.[Turntablism] makes you vulnerable, and you’re doing it almost for no reason. You’re not gonna win. So in that sense, I guess like, more guys will enter because they either have a competence that perhaps we don’t, or an ignorance. We don’t have a misplaced sense of ability, women are more realistic, I don’t know,” she says contemplatively. Our conversation moves to the outcome of this — specifically a lack of visibility and a limited number of role models encouraging more women to enter competitions and make their presence felt.

“It seems like women have to try twice as hard to get recognition,” Dolittle replies when asked about getting noticed by the brands that can offer turntablists sponsorship to further their careers. “I think the main thing would be, rather than for big companies to be saying, you know, it’s very in vogue right now to be talking about picking up women and promoting women and whatever, but it seems a little bit insincere when you’re not following the biggest names on social, when you’re not actually doing anything to show active support.”

Reiko Kobayashi (pictured, top) echoes these sentiments. Battling under the moniker DJ Reiko, she has competed in the Japanese finals of the DMC Technics World DJ Championships annually since 2017, reaching her highest position of third in the second year. In 2020 she started a DJ team, RuShfunk with her daughter, and the pair took bronze in the recent IDA World DJ tournament. When we ask if the turntablist scene is male-dominated her response couldn’t be more direct.

“There used to be no women who made it to the Japan finals, so it was hard to imagine that a woman could make it that far. I think that’s why they didn’t challenge themselves,” she says, echoing Dolittle’s opinion that turntablism is usually viewed as a masculine arena. We ask what might be done to encourage greater participation among women, and she also nods to established organisations. “I have always wished that DMC had a female department. I think more people would be willing to take on the challenge if we had that.

“Japan has an overwhelmingly small number of female turntablists, so I think it is inevitable that it will become male-dominated,” Reiko says, before explaining that this entire approach to mixing remains relatively niche in her corner of the world. In turn, this has an impact on overall numbers. “I feel that the scale of turntablism DJ culture in Japan is small. It’s not just the size of venues or stores, but the fact it’s not something that has taken root close to home. For example, it’s not like going to the movies… I think it’s far from that kind of familiarity.”

The French hip-hop and turntablism scenes are more prominent. Nantes-based Fey Isabelle, who some will know as L.Atipik, has spent over a decade on the domestic and international battle circuits, during which time she has established a reputation for routines focused on bass music that favour musicality over outright mayhem. In 2019, she finished third in the French rounds of both the DMC Technics World DJ Championships and IDA World competition.

“I think this type of competition got a bit lost in the race for technique. Sometimes it feels like it’s really a ‘whoever has the longest’ competition,” she says when we ask about her experience of global battle competitions. “It may be a more masculine behaviour and women do not find themselves in this type of competition. Emotion and musicality have less of a place, and that may be what is missing to get more women to participate.” 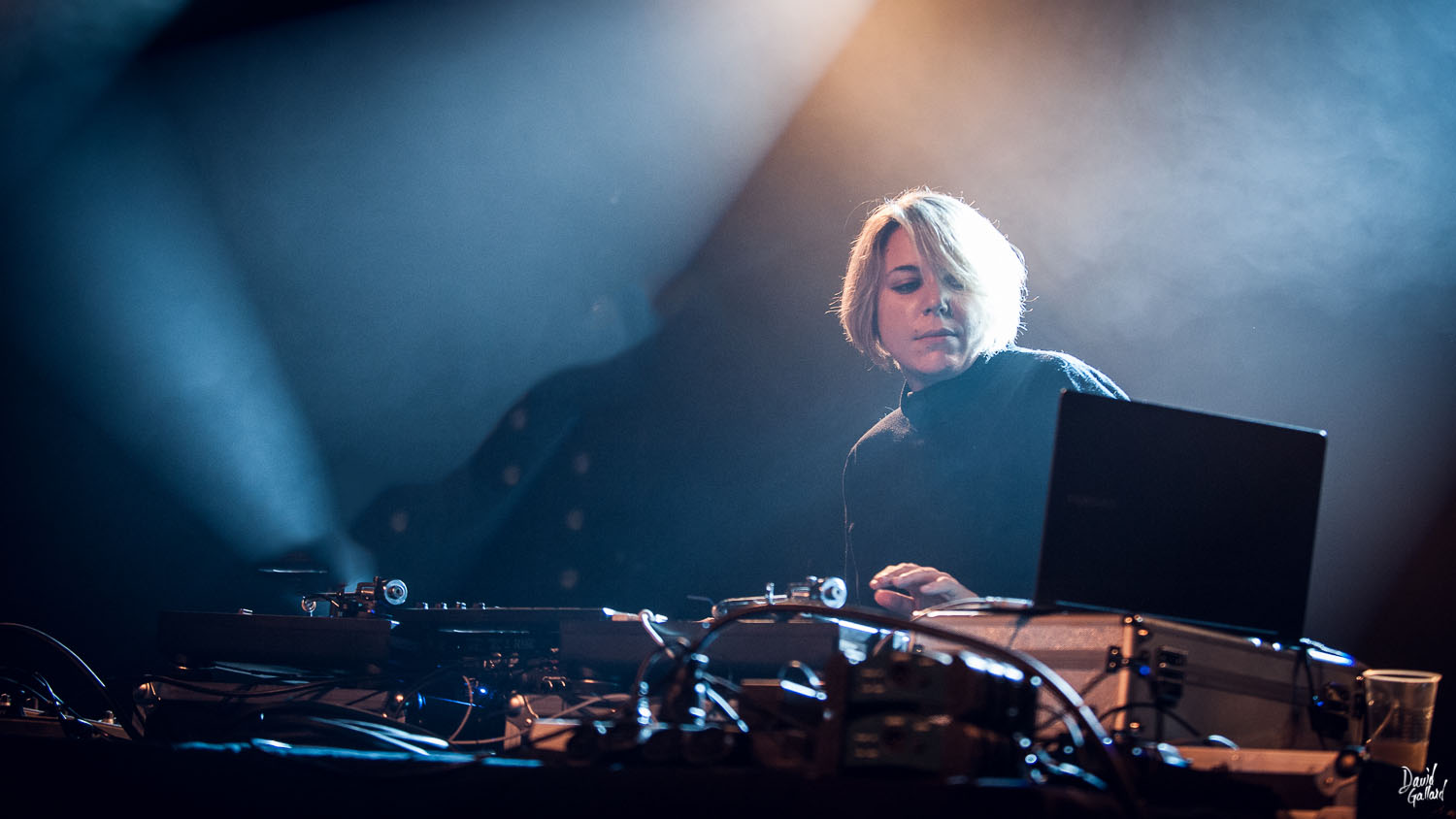 L.Atipik
Like Dolittle, she’s quick to point out her view is not fact, and she can only speaks for herself. But she is also clear that turntablism does have some gender issues. “Turntablism is 99% male in France. This is also one of the reasons that pushed me to participate in the DMC. I went to see them in real life in Paris in 2018, and it really bothered me not to see any woman on stage that day, I realised that in fact no woman had ever appeared at this competition in France. I promised myself to participate the following year, which I did.

“We clearly lack a role model in female turntablism, I think that we need places and structures for women to meet among themselves, in a safe place and for the most experienced to accompany those who do not dare to start,” she continues, reiterating the idea that platforms, networks and ownership are essential to catalyse real change. “I try at my small level to open doors and show that we also have a legitimate place.”

Everyone we spoke to in our research sees the same prevailing problem, so what about next steps? L.Atipik points to teams like Female Future Sounds, a Danish non-profit that runs workshops to give women and womxn access and a route into mixing, some of who then join as artists on the DJ agency roster. Dolittle earmarks another group, Los Angeline crew Ladies Of Sound, as a good place to look for pro-active steps towards more representation, alongside the Girl DJs Instagram account. Meanwhile, Kobayashi’s wants female-only spaces at big battle competitions. Different signposts, but collectively they might help some find the inspiration and support needed to disrupt the status quo.
Martin Hewitt