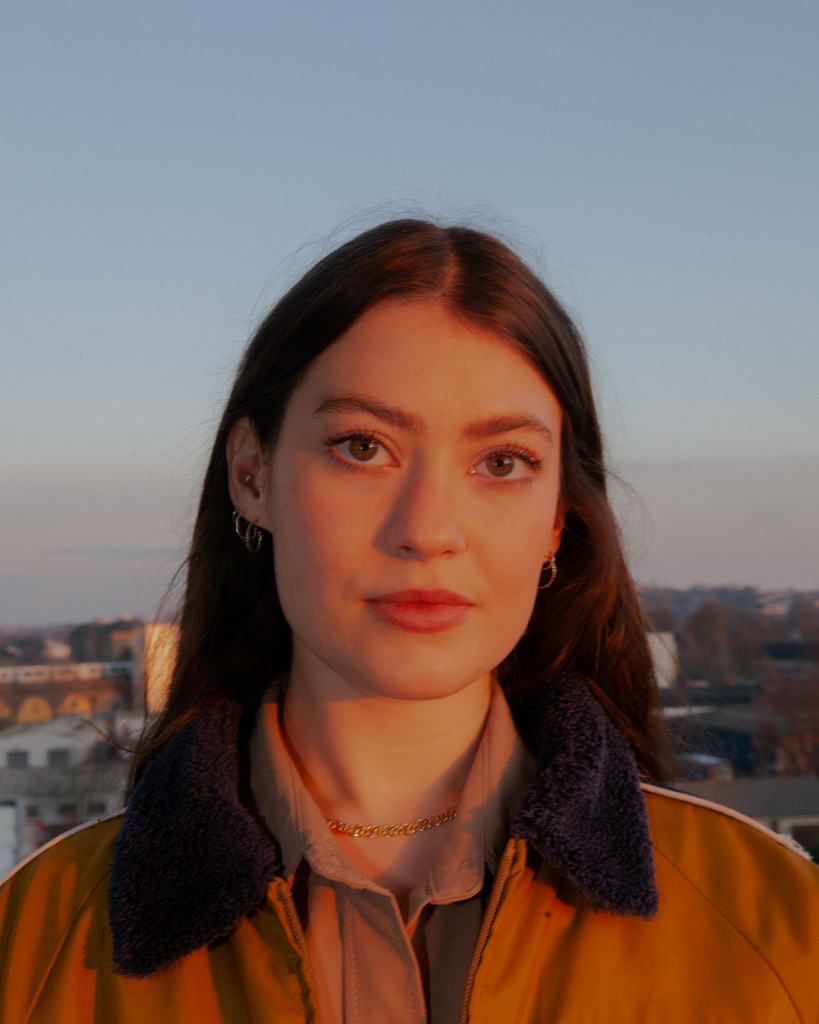 FIRST OF ALL, TELL US WHO YOU ARE, WHAT YOUR ROLE IN THE MUSIC INDUSTRY IS AND WHAT KIND OF MUSIC YOU LOVE?
My name is Alexis and I’m a DJ and producer ! I grew up moving around a lot before settling in London about 5 years ago to study. I’d always been into music but didn’t really know how to get started, so I started working for a local station, Balamii. I started learning so much about music I’d never heard before and asking all the DJs a ton of questions and when I got home I’d start digging through tunes I’d heard that day, it was such an exciting wormhole lol.

I experiment with a range of sounds leaning towards techno, left-field bass. I got into this when I moved to London, I’d never heard anything like it and it captured me straight away. I’ve explored these interests through my productions as well as playing in some amazing venues with some artists I really admire. I love such a variety of music to be honest which I’ve been showcasing more in my Noods Radio residency, a range of punk, experimental, folk, ambient and everything in between:)

WHAT DOES INTERNATIONAL WOMEN’S DAY MEAN TO YOU?
I think it is time to celebrate all of the powerful and talented women who’ve paved the way to where we are now as a society, as well as reflecting on how each of us can lift up ourselves and other women.

WILL YOU BE DOING ANYTHING TO CELEBRATE?
Probably just making sure all the amazing women in my life know how much I love and appreciate them.

DO YOU THINK WOMEN’S ISSUES HAVE BEEN AFFECTED BY THE PANDEMIC?
Unfortunately I think so, in terms of the music industry, it started feel that women were on track for more equal gig line-ups and bookings and that conversations around sexism in the industry were becoming more frequent and open. All of this was so, so needed, so it feels frustrating to see that progress coming to a halt. I know this is the case for everyone and not just female musicians however !

CAN YOU NAME A FEMALE ARTIST WHO HAS HAD A SIGNIFICANT EFFECT ON YOUR CAREER, EITHER ON A PERSONAL OR MORE ‘ROLE MODEL’ LEVEL? WHAT’S SO GREAT ABOUT THEN AND HOW DO YOU FEEL THEY’VE CONTRIBUTED TO YOUR DEVELOPMENT?
In the last year or so I’ve really looked up to FKA Twigs, as an artist she’s so versatile and incredibly dedicated to her craft and everything that she’s decided comes with that. On a more superficial level, her aesthetic is incredible too – less superficial is her music, I’ve been listening to her first two EPs a lot and have taken huge inspiration from them. She’s shown me that I don’t have to pigeon hole myself as an artist.

WHAT ARE YOU UP TO AT THE MOMENT? HAS LOCKDOWN MADE YOU MORE OR LESS PRODUCTIVE? OR HAS IT ENCOURAGED YOU TO TRY NEW THINGS AND LEARN NEW SKILLS?
I have to be honest, lockdown has stumped my creativity quite a lot, not having the outside stimulus of going to clubs and gigs has been tough. It has also caused me to really think and question what I’m doing and what I want to be doing, which definitely isn’t a bad thing. It’s led me to want to branch out as much as I can and explore different avenues of music that I hadn’t before. I was invited to do a Mixmag Lab recently, which was a lot of fun – was so good to be in front of decks again! As well as that I’ve been taking guitar and music theory lessons, as well as teaching myself piano and experimenting with vocals on some of my tracks, it’s all been really fun and I’m excited to hopefully have new music to share with the world soon.