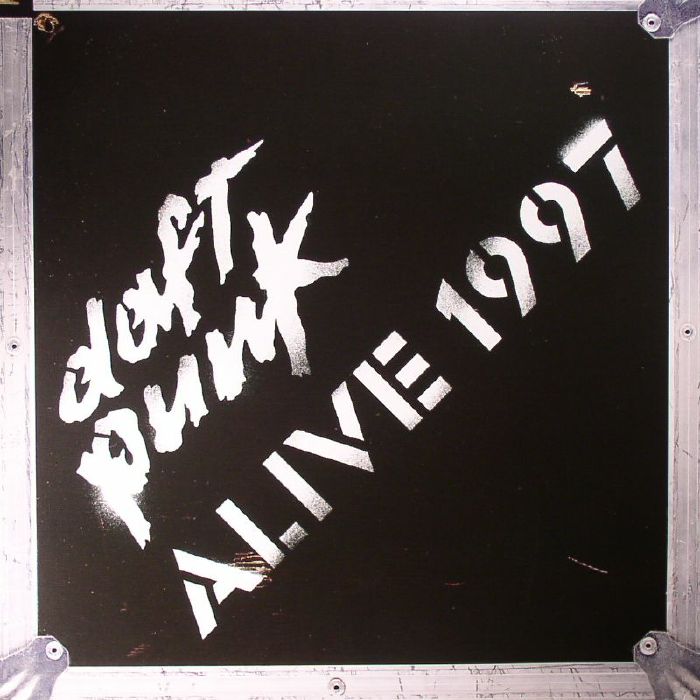 It’s pretty hard to believe, especially given their Coachella headline in 2008 was widely considered to be one of the most spectacular live shows of all time, but in the spring of 1997 there was little or no appetite for a Daft Punk live show in the US.

It would be several more months before America had its watershed mainstream electronic music moment – despite, obviously, having had a large hand in inventing the music itself – when Prodigy headlined the travelling Lollopalooza festival on the back of reaching number one with The Fat of the Land. This hybrid of rock attitude and breakbeat science was for more obviously relatable a for the mass audience of the US than DP’s rich, filtered mainly instrumental house, even if the Homework album was taking off bigtime in Europe.

Therefore, having been dispatched from the UK by one of its leading inkies to cover Daft Punk in the US in time for the release of the single ‘Around The World’, we found the duo running a promo tour on a pretty modest budget. Their road crew proved to be just one fixer-stroke-roadie and in San Francisco, where we caught up with them, they were booked to play a DJ set to about 200 people at an open air venue by the bay that resembled a rather down at heel boat club.

A corker of a set it was, however, packed with their own anthems and kicked off by the rousing, almost preaching acapella of the speech from Mr Fingers’ Chicago-era classic ‘Can You Feel It’. In the moment, it felt like the duo laying down their manifesto for the future. “Jack is the one that can bring nations and nations of all Jackers together under one house. You may be black, you may be white; you may be Jew or Gentile. It don’t make a difference in OUR House.”

There were no robot heads back then, although the duo were already camera shy – or rather, more likely, already thinking about presenting themselves beyond the usual confines of media personality. They insisted on wearing plastic toy shops masks for the photo session that was hastily improvised by photographer Steve Double around various locations in the city including a Golden Gate Bridge that was inconveniently shrouded in mist. Double, I remember, managed to persuade them to scrap an appearance on a local radio station that had shown them a lot of support as unknowns, in order to get more shots in the fading light. It was a decision that Bangalter in particular looked conflicted and unhappy about.

If we’d known then, of course, that Daft Punk would only ever be interviewed by a very small handful of journalists and eventually retreat into robotic anonymity as people, we probably would have worked harder to remember every moment we spent quizzing them in their hotel room. As it is, the impression they left was of being highly serious about their craft, and on a zealous mission to spread the word of house music as a form that could bypass social and national divisions to bring people together. Bangalter, his hair bleached a shocking blond but roots starting to show after a few weeks on the road, did most of the talking, but turned to the quieter, shorter, darker haired Guy-Manuel de Homem-Christo for approval and support.

They were particularly proud of the fact that they’d created and honed Homework at home, without needing to go to a major label for funding and therefore retaining total control of their creativity. This, remember, was the first generation of home recording artists successfully scoring hits with their productions, something we now take for granted. Serious, yes, although at one point he did reference the famous ‘drummer’ joke about the difference between a drum machine and a drummer being the fact that you only had to punch the rhythm into the drum machine once.

No-one, perhaps even them, would have predicted in their wildest dreams the huge impact they would go on to have on music. After their split was announced yesterday, some critics have even gone as far as calling them the most influential artists of the 21st century so far. But they knew what they were doing back then, and as sure as Bangalter’s roots were on show, so were the roots of the phenomenon they would become. Around The World? As it turned out, it was a pretty accurate statement of where they were headed. While the robots might have pressed their self-destruct buttons, it feels as though this is definitely not the last we’ve heard of these two.
Ben Willmott