The version 1.5 update adds a true analogue VCA to the circuit. 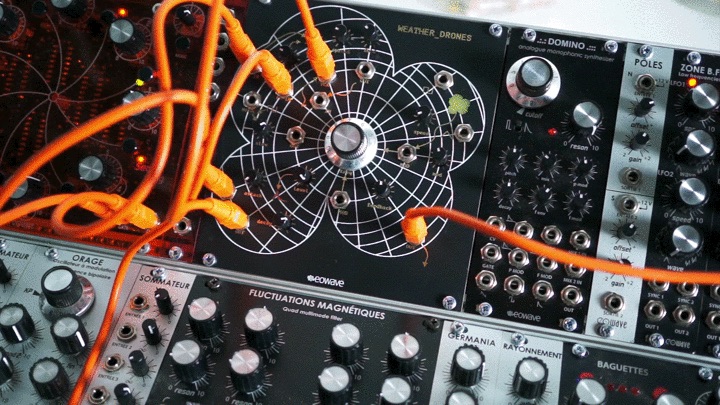 Eowave have released a version 1.5 update of their Weather Drones module, a self-contained synth voice based around a digital oscillator section and analogue filter. Considered the little brother to the amazing Quadrantid Swarm, the Weather Drone was originally developed for the Villette Sonique x Modularsquare: Atelier DIY event held in Paris in 2016. You can hear the Weather Drones in action below or scroll down for more details about the module.