Vogel’s latest marks a brave departure into off kilter experimentation. 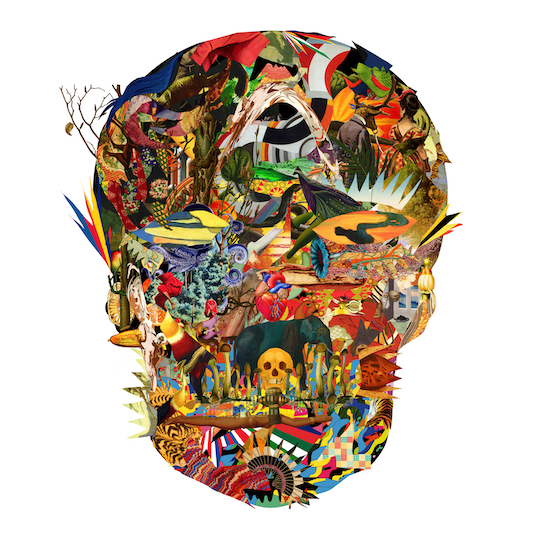 Cristian Vogel has returned after a four year hiatus with a new album – his 25th to date – called The Rebirth Of Wonky and he’s shared a track with us exclusively.

The album (sleeve art pictured) sees the Chilean-born producer eschewing the steely techno sound he’s most closely associated with for a new, off-kilter musical style informed by the appearance of an audience-less, anxious musical climate over the last year.

Vogel defines The Rebirth of Wonky as a post-clubbing album, dealing implicitly with the paradox of creators “virtually erupting as a need to be heard” while the resources required for doing so have been diminished.

The title of this track, ‘Ici le fantôme c’est moi’, translates as “Here, I am the ghost”, Vogel tells us. “This quote is sampled from (the film) ‘Ghost Dance’ by Ken McMullen and is spoken by the philosopher Jaques Derrida answering the question, “do you believe in ghosts?” – this track can be a particularly uncanny moment on The Rebirth Of Wonky sound walks, which I created (click here) to take the place of an actual album tour.”

Having graduated with a degree in 20th Century Music from the University of Sussex, Vogel soon established a successful music career, buddying up with “baron of techno” Dave Clarke and becoming the first ever UK artist to be signed to Berlin’s Tresor label. He has since released prolifically, charting over 20 solo albums and 10 EPs, on top of remixes for Radiohead, Four Tet and The Young Gods.

The Rebirth of Wonky is out on Endless Process on February 5.