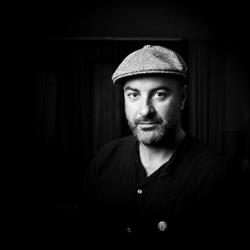 Phil Asher, one of the mainstays of London’s house scene, is reported to have died at the age 54.

Sources close to the DJ, who later become a prime mover in the West London/broken beat scene, say he died of a heart attack during the night of Thursday January 21. Asher had only recently moved to Brighton with his partner Lisa Horan, the former manager of the duo Leftfield, in July 2020.

Asher’s interest in music began as a teenager when his father, who worked in a record shop, would bring home new releases for him to play. He soon began re-selling some of these records to his friends at school, and later worked in various record shops in London including Quaff Records in Soho and Vinyl Solution on Portobello Road.

Asher landed his first residency in 1991 at Delirium, one of London’s first dedicated house music venues. He was known for his gracious style of mixing, which soon propelled him towards a music production career, where he is known to have contributed to the popular fusion of broken beat and house. Under various aliases including Phlash and Focus, he worked with Kaidi Tatham, DJ Zinc and Vanessa Freeman, and regularly promoted his monthly club Inspiration Information until 2010.

Over the years, Asher produced over 200 tracks, DJ mixes and remixes for labels including Restless Soul, Slip n’ Slide and Estereo. He hosted the R Solution radio show with Kirk DeGiorgio, Mark Mac and Dego on Kiss FM.

At the end of the ‘90s, Asher co-founded the Co-Op club night, which was known as a niche space for broken beat artists seeking a break from the drum n’ bass scene. Asher’s business partners included fellow broken beat figureheads Dego, I.G. Culture and Demus, and in recent years Co-Op also hosted DJ sets from next-generation broken beat acts like Shy One, Henry Wu and Alex Phountzi. By 2017, Co-Op had toured the world, visiting Croatia for Dimensions Festival as well as top-ranking nightclubs Plastic People, The Pickle Factory and XOYO.

Speaking to Data Transmission in 2017, “All I can say is I was lucky enough to be involved in a scene that was so creative and talented, it blew my mind. Some of the singers and musicians and producers from that era are visionaries. I truly believe that. Few snapshots are Co-op at the Velvet Rooms, passing by IG’s or Bugz studio and hearing new tunes in progress. Travelling the world spreading the vibe was priceless. The corner of Plastic People waiting to go on at Co-Op was always exciting.”
DJ friends and public figures including Jumpin Jack Frost, Fabio, Simbad, Edward Adoo, and Dave Haslam have paid tribute via Twitter.