Behringer BCR32 is a rebooted BCR2000 with built-in sequencer

The brand has partnered with ZAQ Audio to include the third-party firmware as a standard feature. 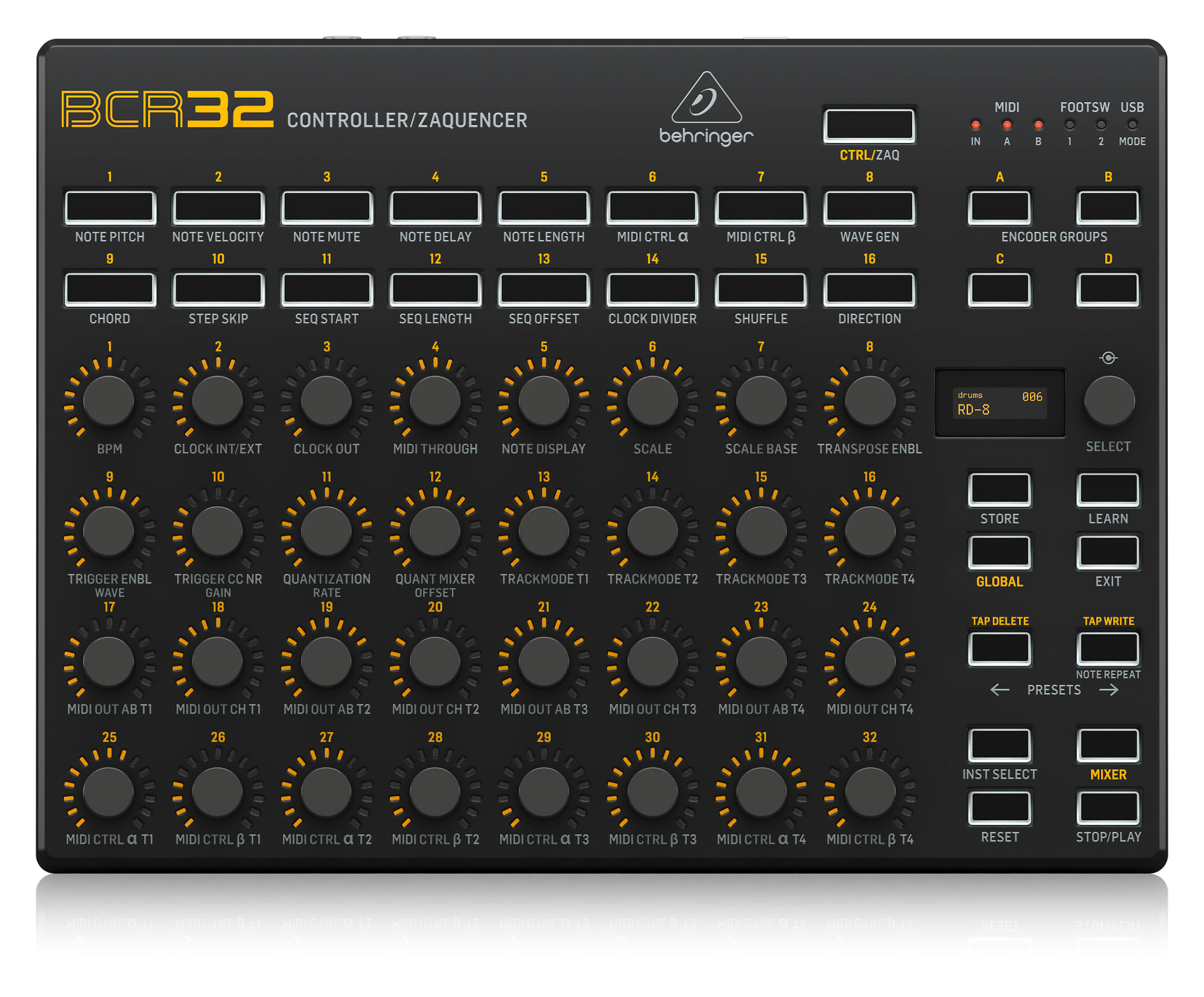 Behringer have announced a new MIDI  and CV/gate controller with built-in sequencer. The BCR32 is the successor to the BCR2000, released 15 years ago. Not only was the BCR2000 popular as an affordable MIDI controller for hardware and software, it also found unexpected success as a sequencer thanks to the unofficial Zaquencer firmware by ZAQ Audio. Behringer have teamed up with ZAQ Audio to include the Zaquencer firmware as standard in the BCR32.

The Behringer BCR32 will be available some time this year, with UK RRP expected to be around £110. Scroll down for an introduction to the Zaquencer firmware.