The v3 is the latest in a long line of small mixers from Mackie. Does it fit the bill for electronic music producers? 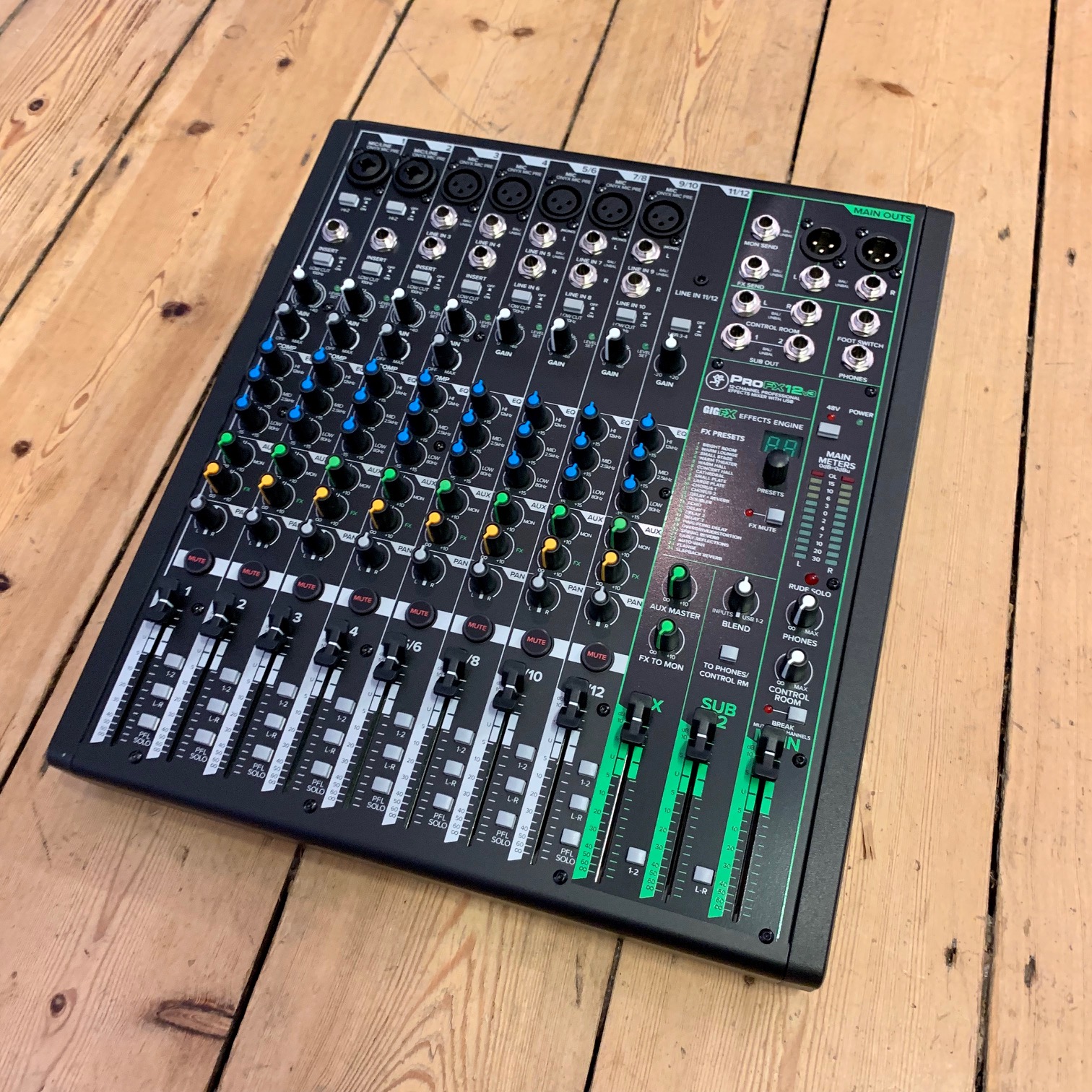 Tech brands have very rarely catered directly to electronic producers when it comes to small studio mixers. There’s been the odd exception here and there, but it’s only really with recent efforts from brands like Roland and Korg that hardware producers have had options designed specifically for dance music. Instead, the choice of many producers over the years has typically been a small live mixer – something that does just enough in terms of input channels, EQ and effects routing, while taking up as little space as possible and ideally not costing a fortune as serious mixers tend to. 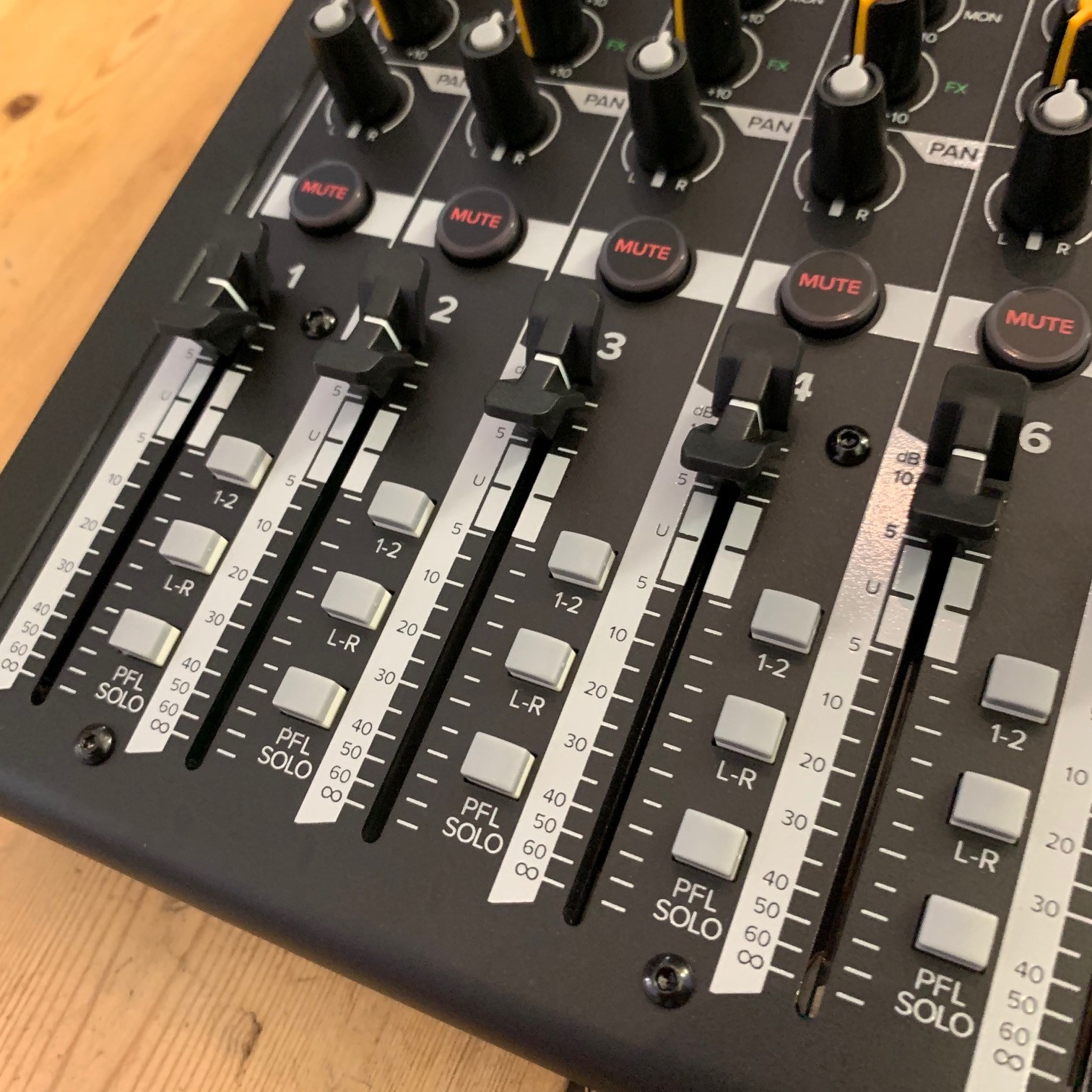 Mackie have serious form. Their cheap VLZ series of compact mixers was a bit of a cult classic in the late 80s and through the 90s, quickly becoming a favourite of house, techno and drum’n’bass producers. As humble as the little Mackies might be in comparison to big pro consoles, if you were making dance music in the 90s there’s a good chance you either owned a Mackie mixer or lusted after one. They certainly weren’t the last word in pure, high-end sound, but as it turned out, that wasn’t really a problem for a lot of dance music producers. 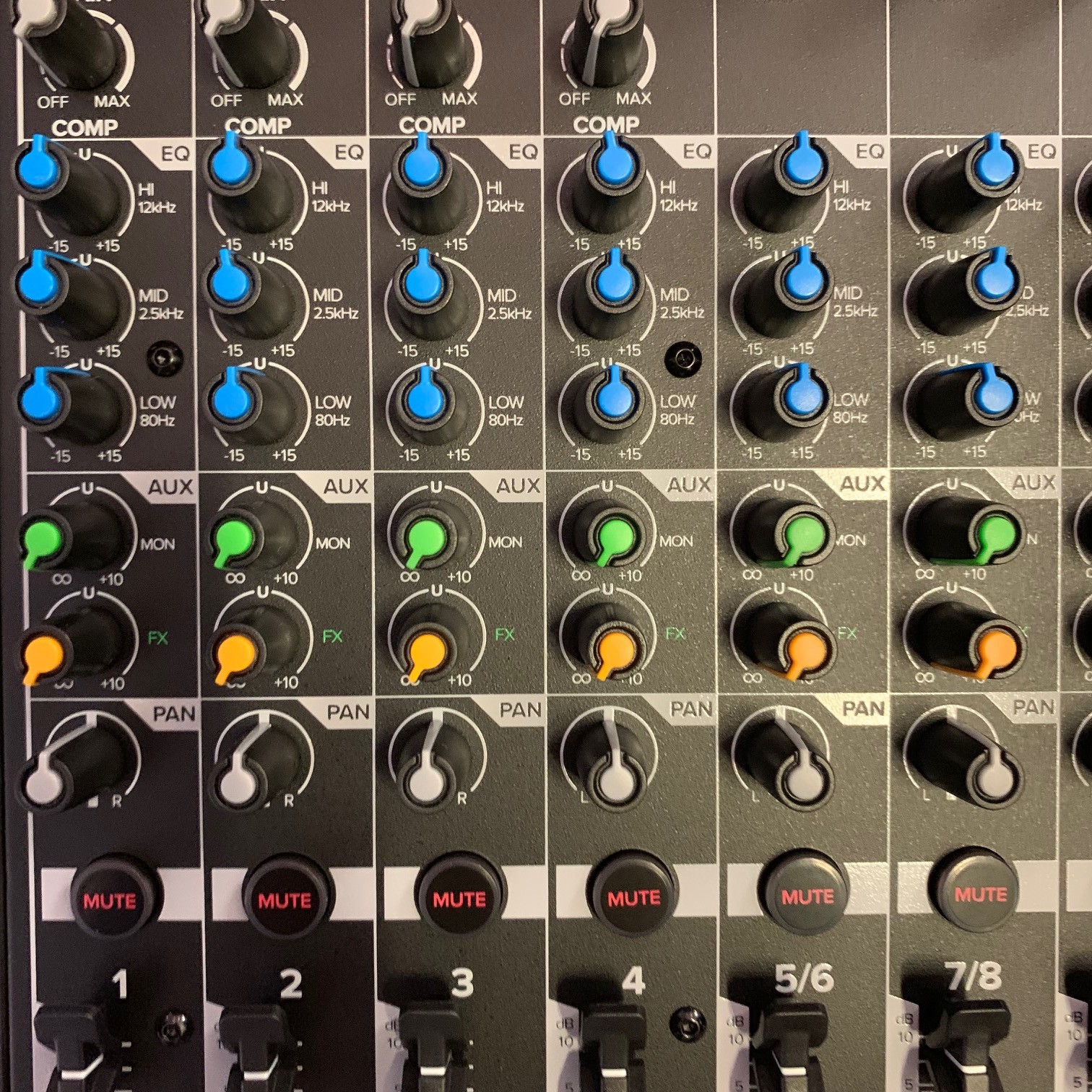 The ProFX range was launched in 2012 as a more digital take on the small live mixer concept. With the benefits of DSP, it’s now possible to cram a huge amount of processing power into a small mixer, and that’s exactly the route many brands have taken. Like so many small mixers on the market, these are essentially intended for use in live settings: mixing small bands in pubs and clubs, maybe running karaoke nights, that kind of thing. But we’re interested in the ProFX from a studio perspective simply because that’s where a lot of them end up. If you’re making electronic music with hardware, the size and spec of a small live mixer lends itself very well to the task. 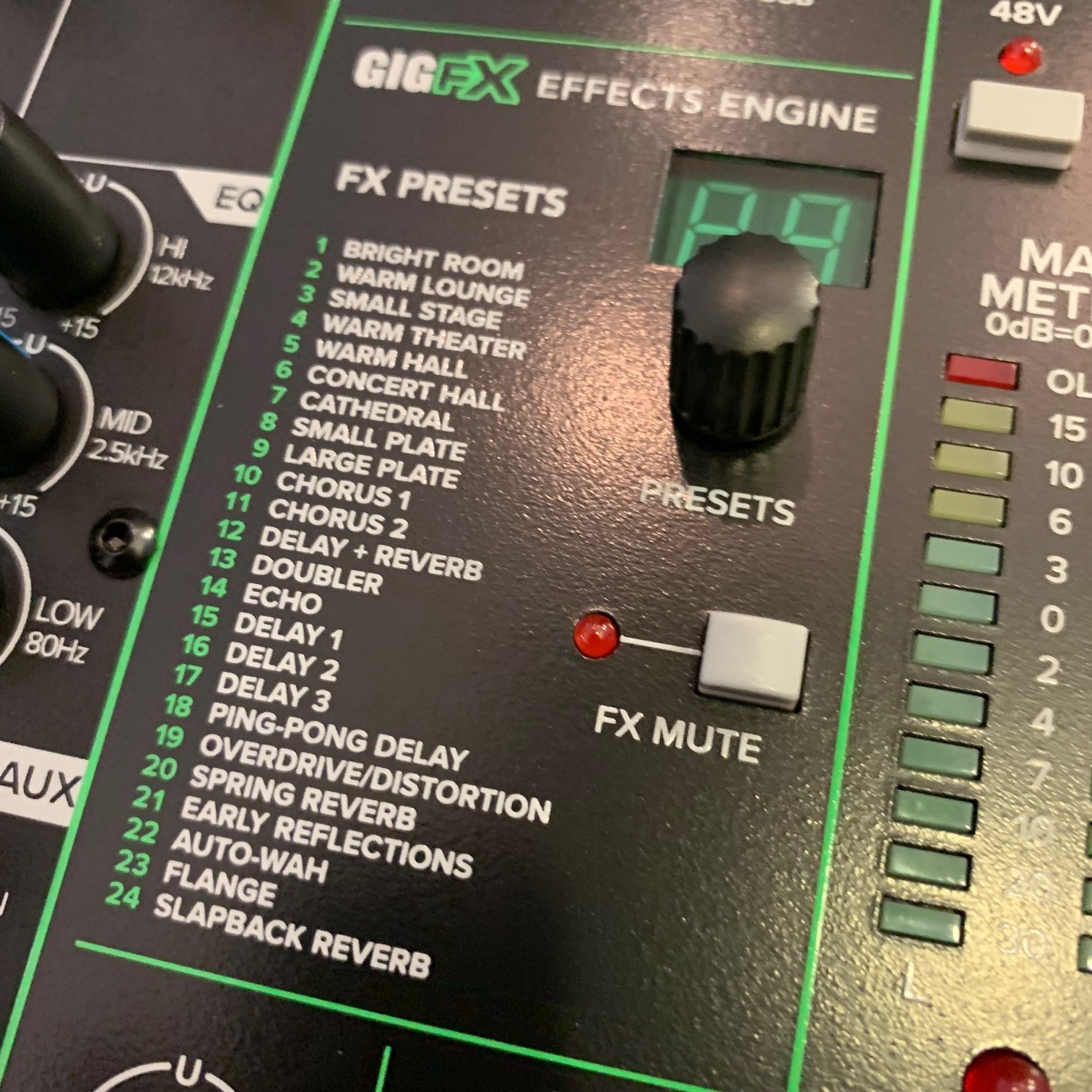 Perhaps unsurprisingly, the ProFX, featured here in 12-channel format, is a sturdy little thing. The fact it’s designed and built to be carted around and set up in live venues means there’s absolutely no doubt it’ll stand up to studio use. The range extends a long way in each direction either side of the 12, all the way down to a tiny 6-channel ProFX6 and up to a massive ProFX30. The 12 channels are split into four mono mic/line channels (with a high-impedance switch on the first two for guitars and other passive-pickup instruments) then four stereo line channels, which can also be used as mono mic channels if necessary. With all the input connections on the top of the front panel, it’s a versatile setup that can accommodate any kind of instrument, mic or line level signal. 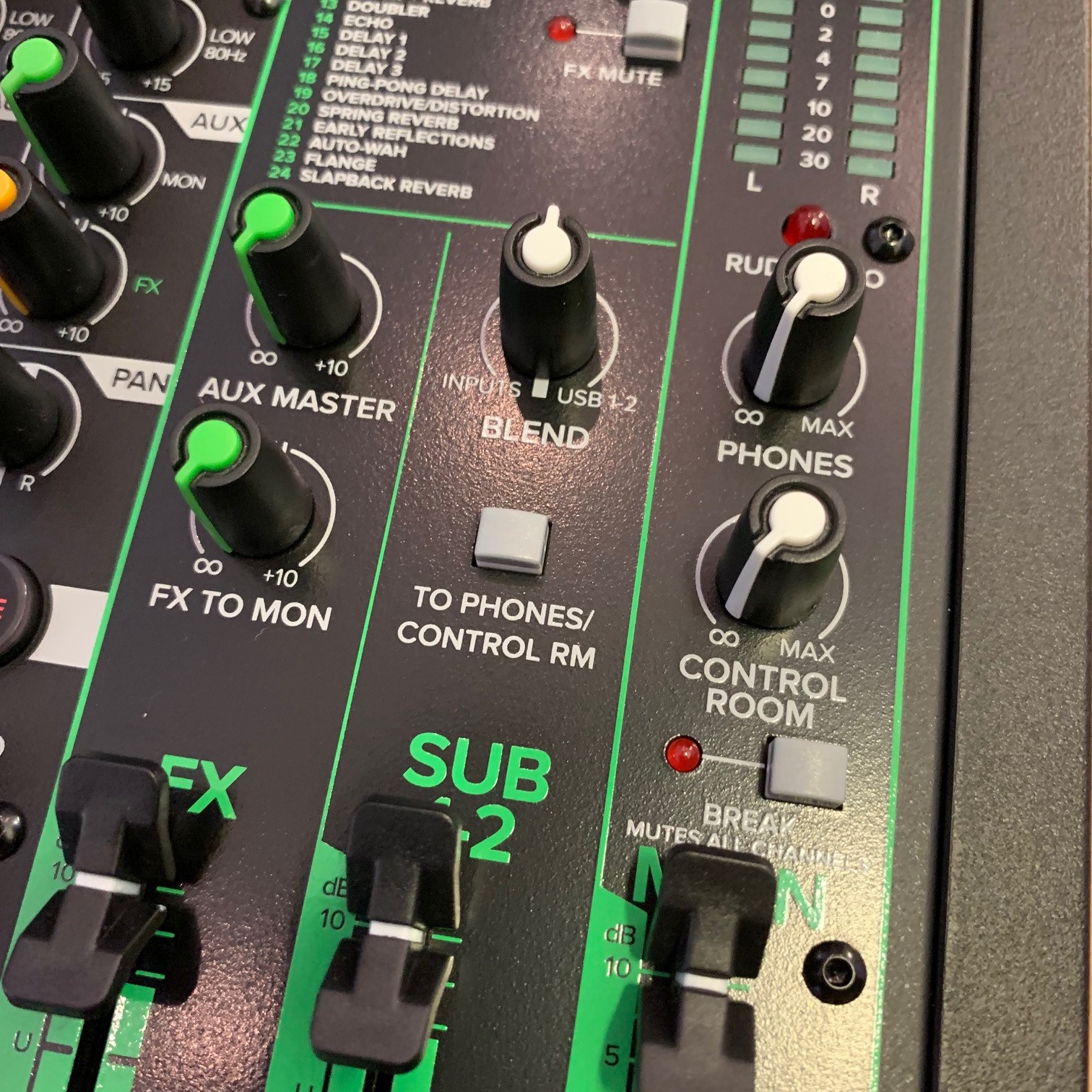 For this third-generation version, the preamps have been upgraded to Mackie’s Onyx preamps, now well known from various previous mixers and interfaces. On the way in, they’re what you’d expect from a modern mixer: uncoloured, neutral and pretty clean. There isn’t the same kind of rough-and-ready character that you used to get from the gritty VLZ preamps, but on balance it’s almost certainly better to have a cleaner, more neutral preamp and the option to make things dirty with effects. The Onyx preamps and tried and tested in that respect, and they suit the ProFX well. What also works surprisingly well is the single-knob compressor option found on the first four channels. It’s the most simplified approach to compression you’ll ever see, but it does a clever job, allowing you to tame dynamics or boost perceived loudness quickly and easily. These four mono channels also feature insert points, so you could hook up an outboard compressor (or other effects) after the mic preamp if you wanted. 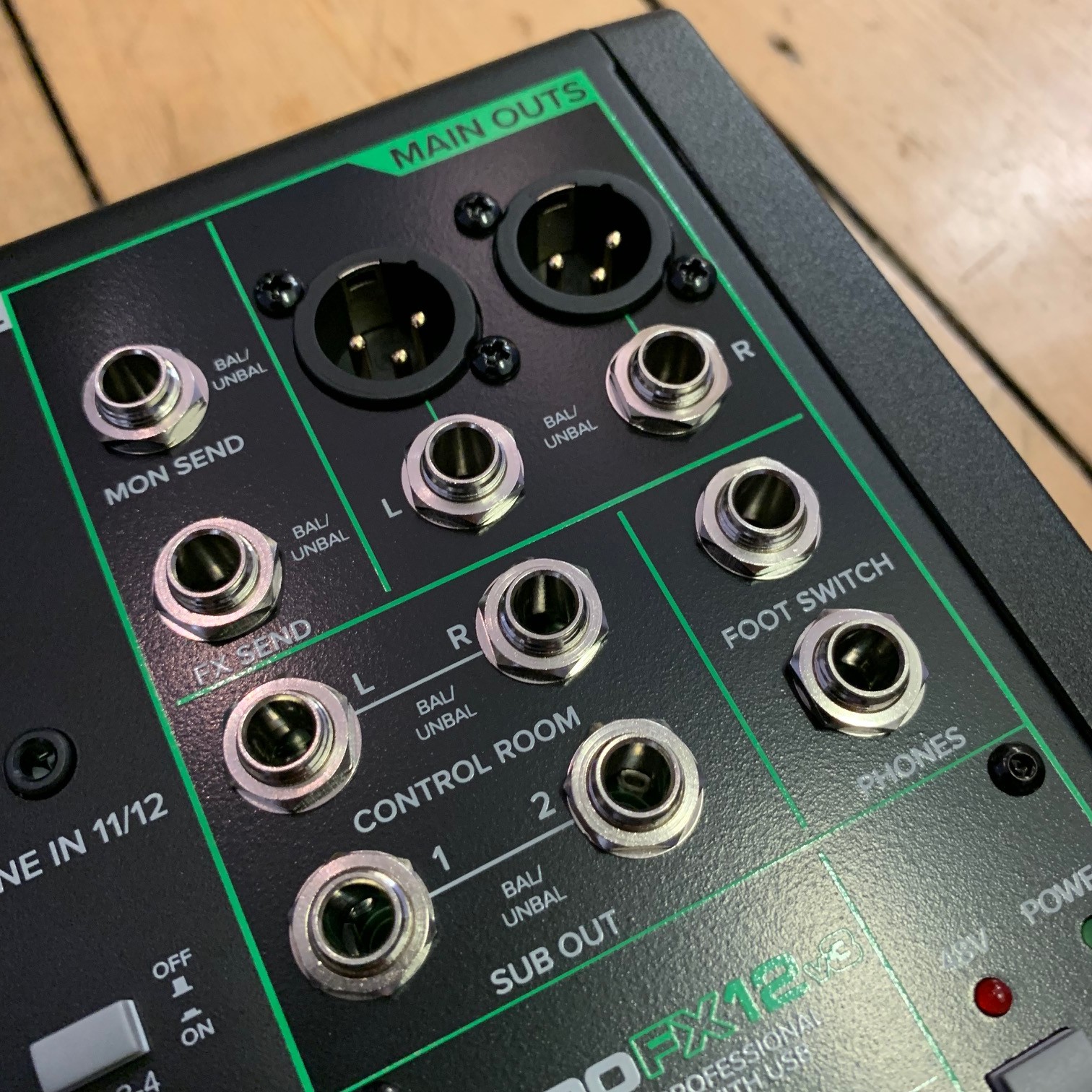 The overall feature set of the ProFX mixers varies surprisingly little across the range, other than the changes in input channels and subsequent alterations to the routing. The 12 feels like the sweet spot of the smaller mixers, being the smallest model to offer an auxiliary send for external effects and also the smallest to offer subgroup routing, allowing you to group channels and send them to a separate pair of stereo outputs.

We suspect that most producers would already have an interface before considering the purchase of a mixer, but if you were starting from scratch then the inclusion of basic built-in USB connectivity in the the ProFX’s interface is a nice little advantage, meaning you could hook up to your computer directly to record mixes, without the need for a separate interface. 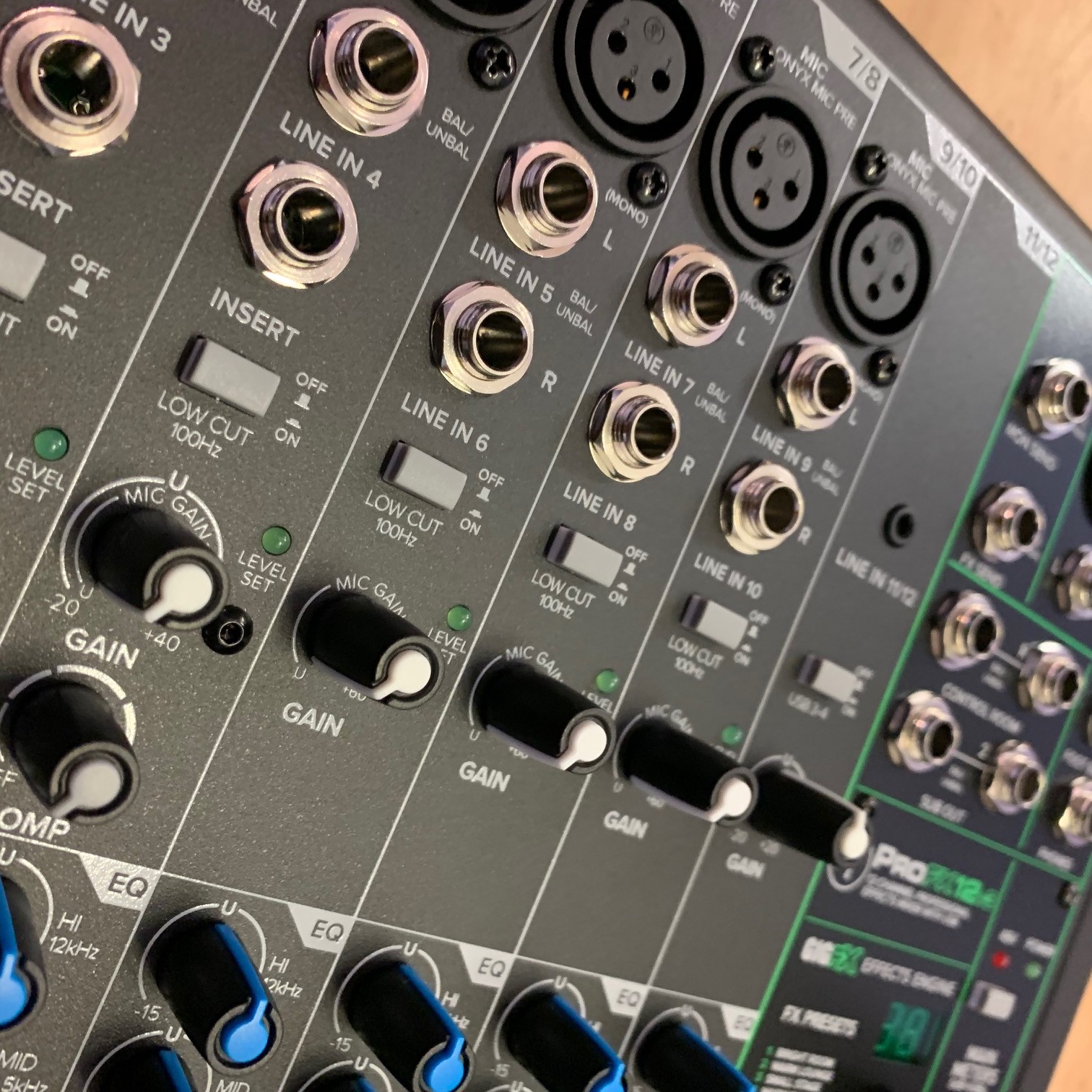 As the name suggests, one of the defining features is the presence of Mackie’s GigFX digital effects section, with 24 effects to choose from. Most are variations of reverb and delay, but you’ll also find a few other options such as chorus and overdrive. It’s not the last word in effects versatility, but it’s definitely a useful option nevertheless.

As with any smaller mixer, there are a few compromises, but in this case nothing that stands out as a deal breaker. The fixed EQ frequencies, single aux send and relatively basic effects are all understandable at this price. There are plenty of options around the same kind of budget, all with slightly different feature sets to suit different ways of making music. Roland’s MX-1 Aira mixer is the most obviously dance music-focused, but if you don’t need the digital features then the Yamaha MG16 offers a bit more versatility on input and signal routing.

Overall, the updated ProFX mixers very much continue the Mackie tradition. They might be intended mainly for live use, but they’re perfectly suited to the rigours of studio production and hardware setups. 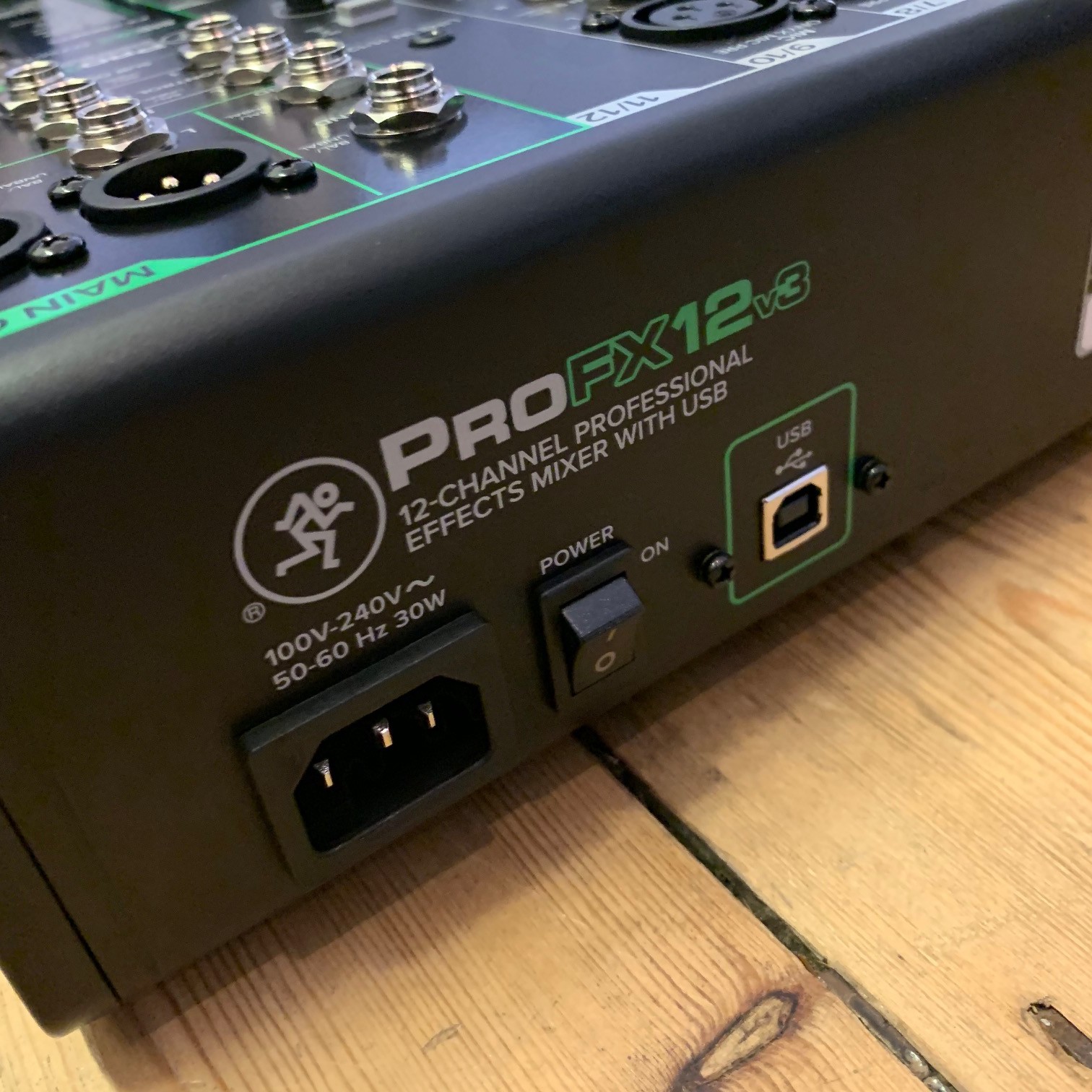