The Volca Bass gets upgraded with a valve oscillator. Does Korg’s latest analogue synth pass the acid test? 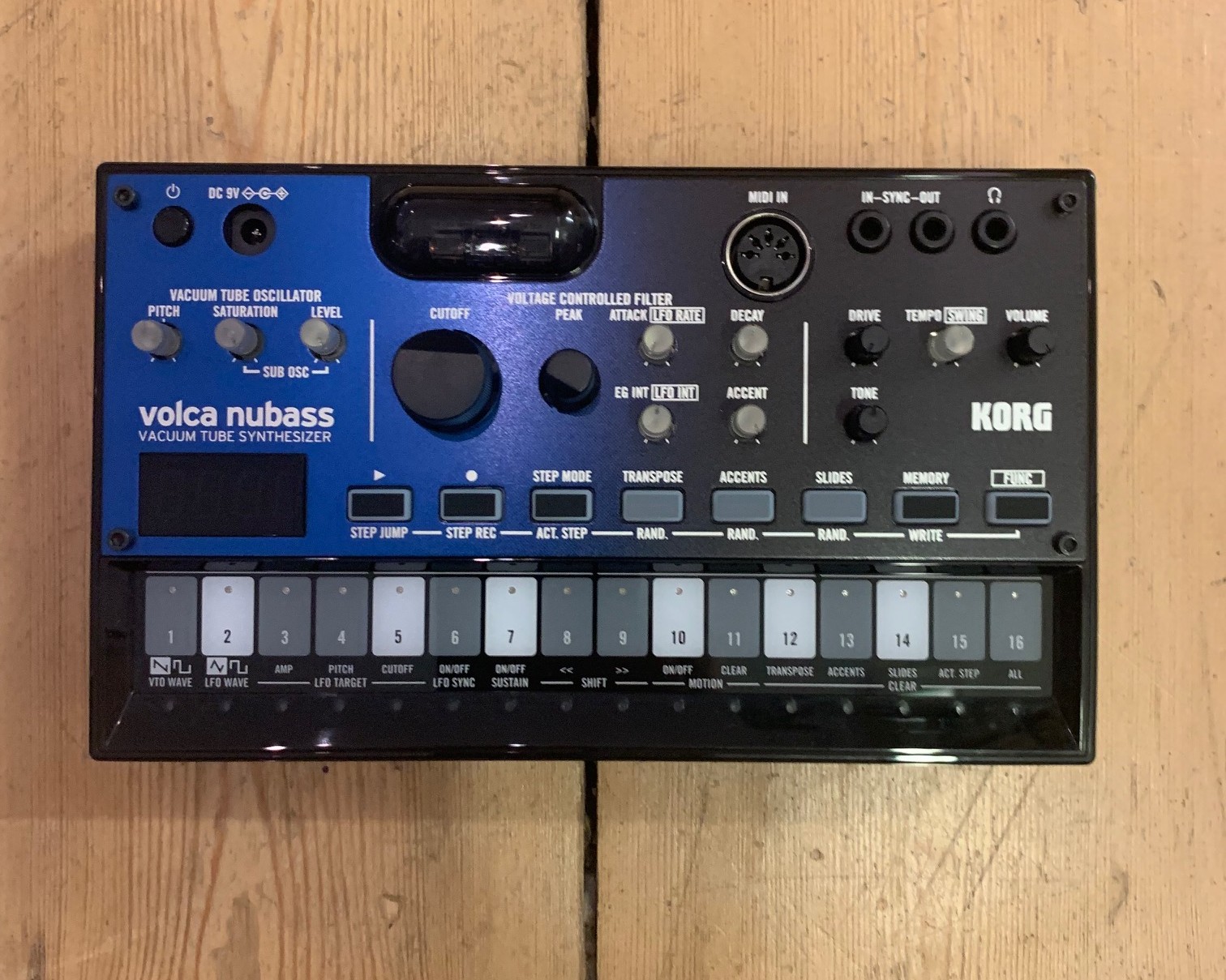 Korg’s Volca Nubass synth is the tenth device in the company’s Volca series of diminutive sound modules, and is unashamedly dedicated to generating the resonant monosynth bass sounds reminiscent of acid house, made famous by Roland’s genre-defining, long-since discontinued and these days increasingly expensive TB-303.

Roland themselves offer a virtual analogue alternative in the form of the TB-03 and there are a few analogue TB-303 clones available, but the original Volca Bass and Nubass tread a slightly different path, offering a distinct flavour of analogue acid. So how does the Volca Nubass measure up to the competition? 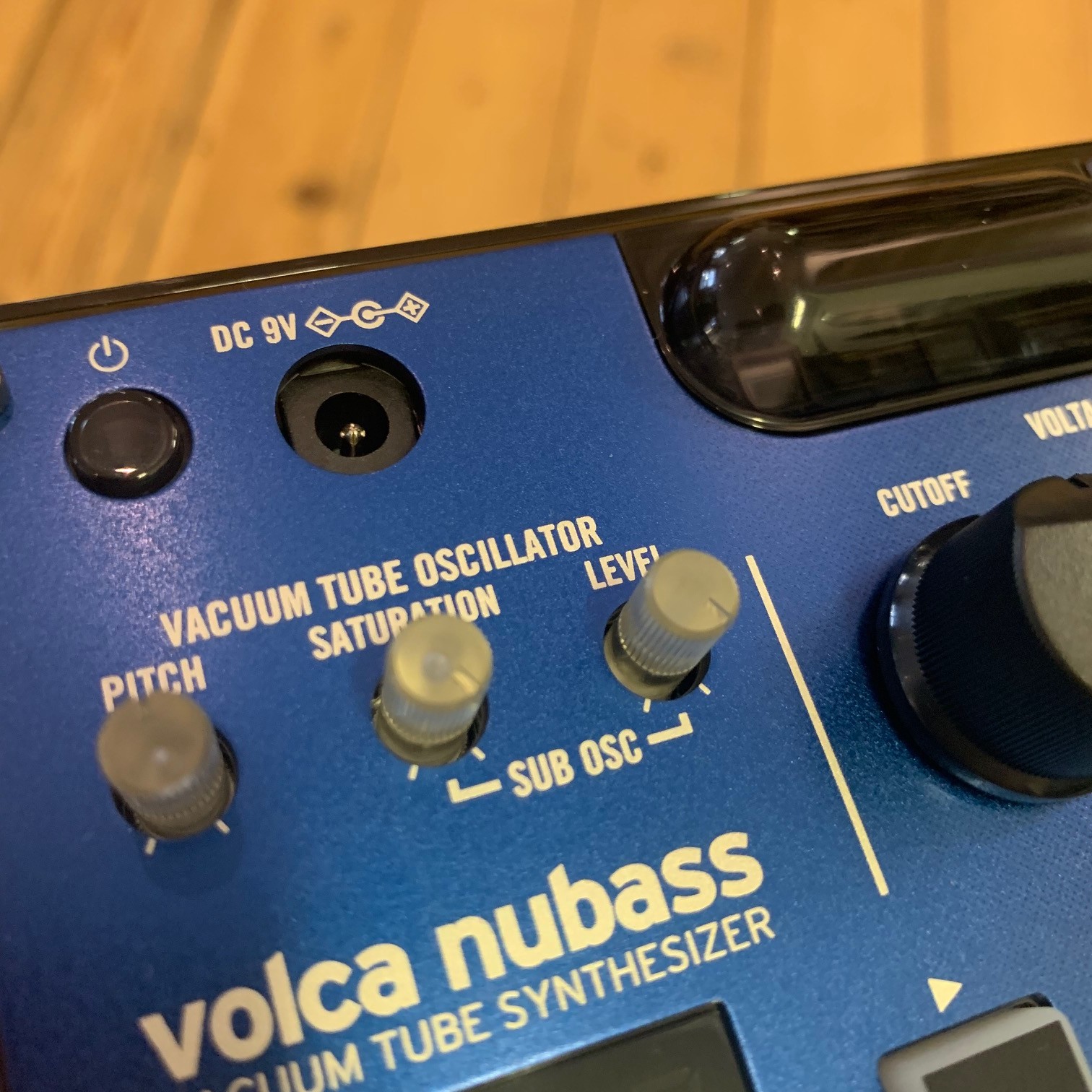 The Volca series is a range of affordable electronic instruments, all with the same compact form factor, each with a specific retro-tinged skillset, that can be connected together and run in sync to form a kind of customisable, vintage-inspired, step-sequencing supermodular system. Collect enough of them and you can run them through a dedicated mixer module called Volca Mix and house them in fancy bespoke wooden racks. The Nubass’s unique selling point is that it makes use of two vacuum tubes in its oscillator circuitry to deliver gritty saturation and a 303-style bass tone with a filthy attitude.

The base and sides of the case are made from dark transparent plastic allowing you to see the internal components through the smoky enclosure. The Nubass looks purposeful, with sleek black livery fading to metallic midnight blue and a lightweight, streamlined design. The unit runs on six standard AA batteries, which are included in the box along with an audio/sync cable intended for use when connecting the Nubass to other Volcas. A 9V DC power supply is available as an optional extra. 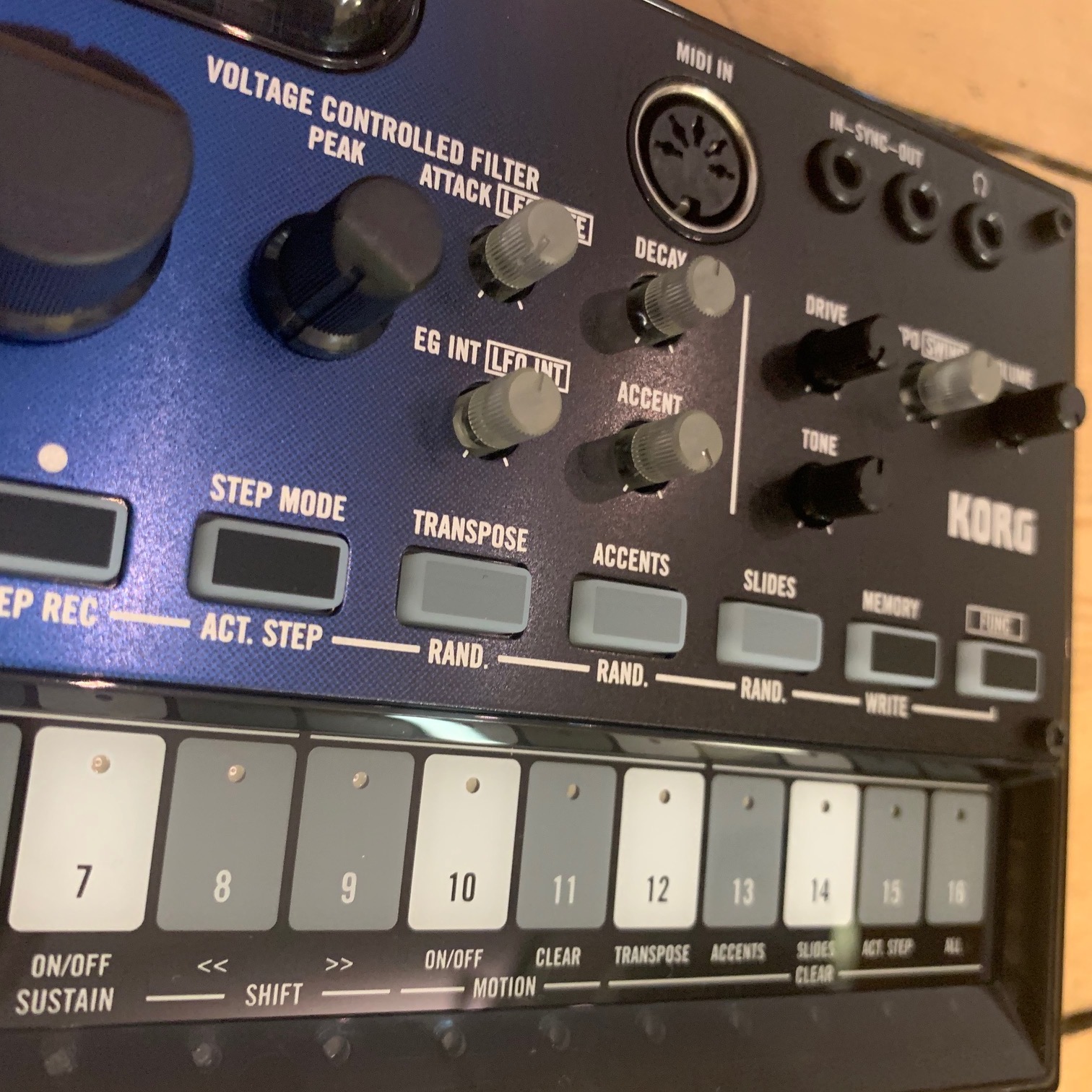 The top panel is festooned with controls – the touch-sensitive keystrip, whose keys double as function buttons when the Function key is pressed, takes up the lower portion of the panel, with eight function buttons lined up above it in a horizontal row. The large, all-important filter cutoff control takes pride of place alongside a medium-sized ‘peak’ (resonance) control, then come eight tiddly-sized pots controlling functions like filter attack and decay, accent, envelope intensity, drive, tone, tempo and volume. Luckily, these are tall enough and positioned far enough apart that they’re not at all fiddly to use, despite their small dimensions.

Over near the left edge sits a large red four-digit LED display and the pitch, saturation and level controls for the oscillator and sub-oscillator, while the panel’s upper portion is rounded off by the on/off switch, DC mains adapter input, valve viewing window, a single, five-pin DIN MIDI in socket (allowing the synth to be played as a conventional MIDI hardware sound module) and the minijack sockets for sync in/out and headphones. If you’re familiar with the Volca Bass module that’s been around a while, the layout of this is very similar, with just one or two tweaks to adapt to the new valve oscillator.

The highlight of the design here is undoubtedly the built-in valves (or, in American terms, ‘vacuum tubes’) that employ Korg’s NuValve technology to produce the same warm harmonics and analogue distortion as the conventional analogue circuits of yesteryear. There are actually two in use here – one to produce the sawtooth or square waves used in the oscillator circuit, and the other to add warmth to the sub-oscillator an octave below. On powering up the unit, the valve glows through the purpose-built oval window – and, indeed, through the sides of the case as well – with an attractive blue hue.

Undoubtedly one of the first things you’ll do is hit the play button to fire up the demo sequence, then tweak the cutoff, peak and drive controls for all their worth, and in doing so, you won’t be disappointed. The sound is immediately reminiscent of the TB-303, but subtly different – warm, rich and full, with plenty of crunch added by the Drive control and more than enough acidic twang provided by the cutoff and peak controls of the voltage-controlled filter. The filter on this unit is largely what you’d expect on a 303 emulation – in technical terms, it’s a transistor ladder low-pass filter – and that’s evident from the characterful, squelchy sound. 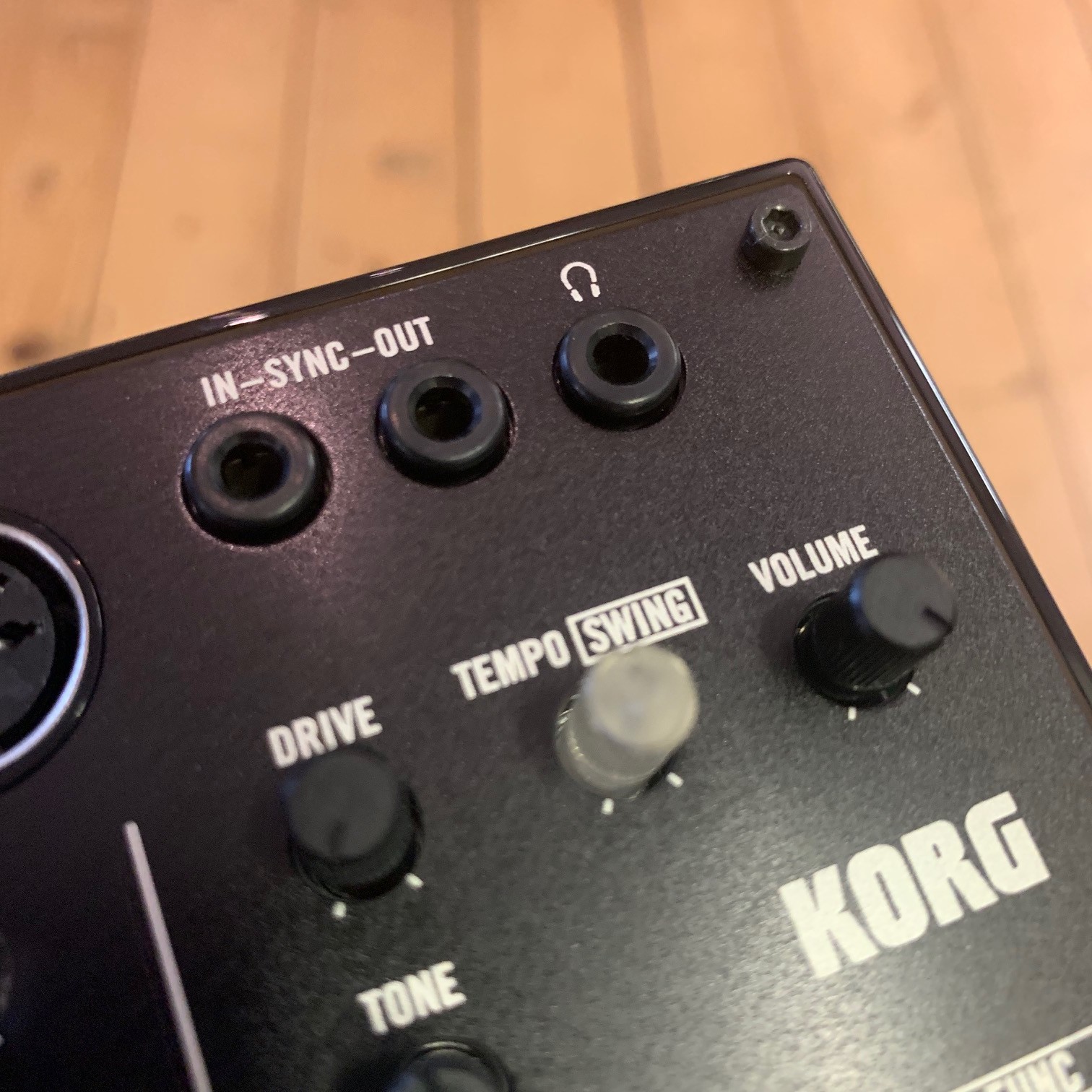 The ultra-smooth, glass step-button key strip is simple but actually very responsive to the touch, and, although not velocity-sensitive, is a joy to play slides and wobbles on. Just like the original 303, the sequencer can generate only one part at once – and a monophonic one at that – but you can chain together 16 patterns containing 16 steps each. The unit comes with preset patterns already stored in the first 10 memory slots, and in another move true to the original box, the transpose, accent and slide features are all present and correct, allowing the creation of those typical rubbery, squeaky acid bass lines.

The added attraction of the valve circuitry is certainly a big selling point here, with the NuTube valve looking great through its window. It’s the core of the oscillator sound, but much of the synth’s overall character comes from the filter and drive controls. The best sense of the valve circuit’s contribution comes from adjusting the saturation of the sub-oscillator, which beefs things up beautifully.

If acid house or techno are your thing, and you’ve been wistfully eyeing up the classifieds for an original 303 that doesn’t require selling a kidney, then somewhere amongst the Volca Nubass’s generously-appointed front panel is a space with your name on it. 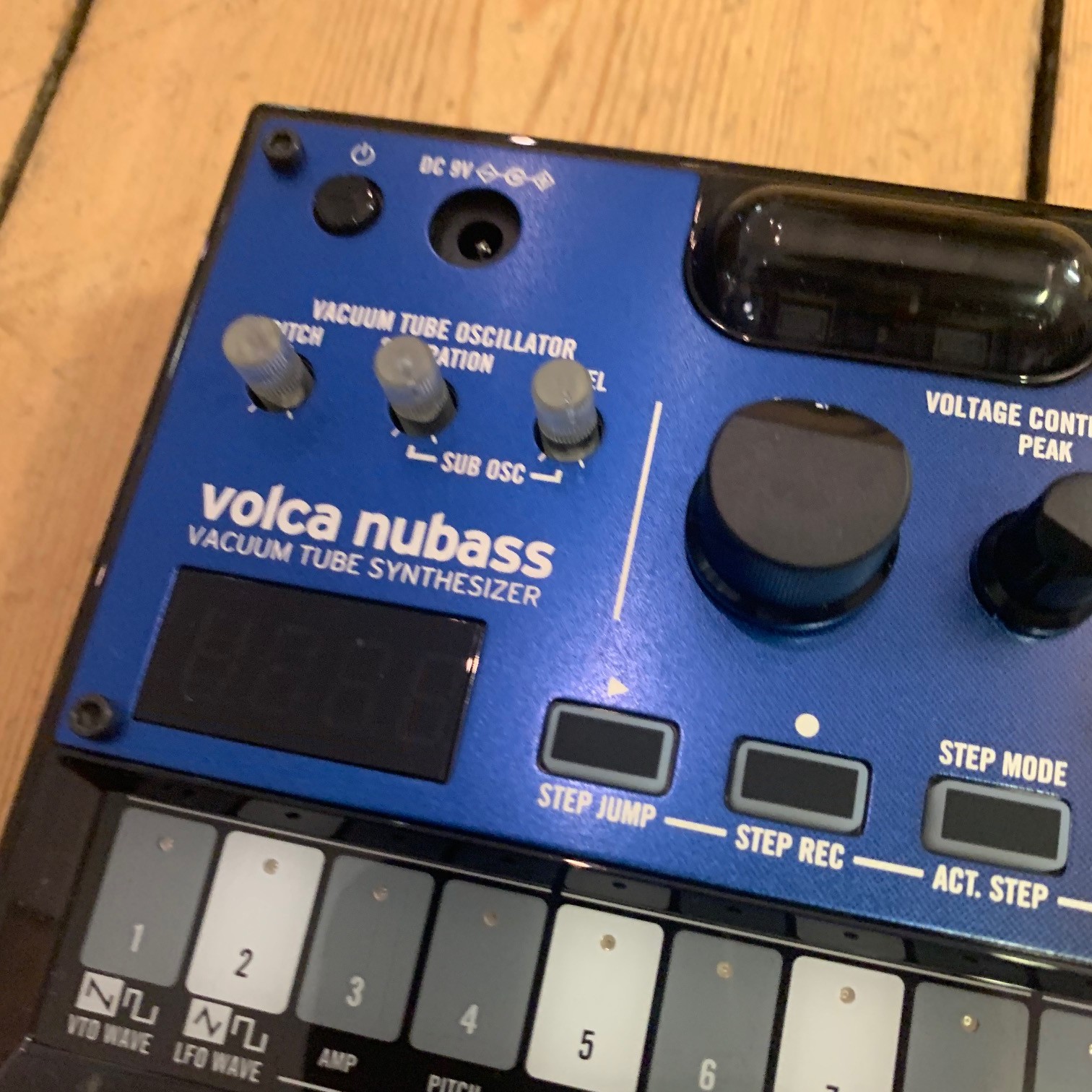 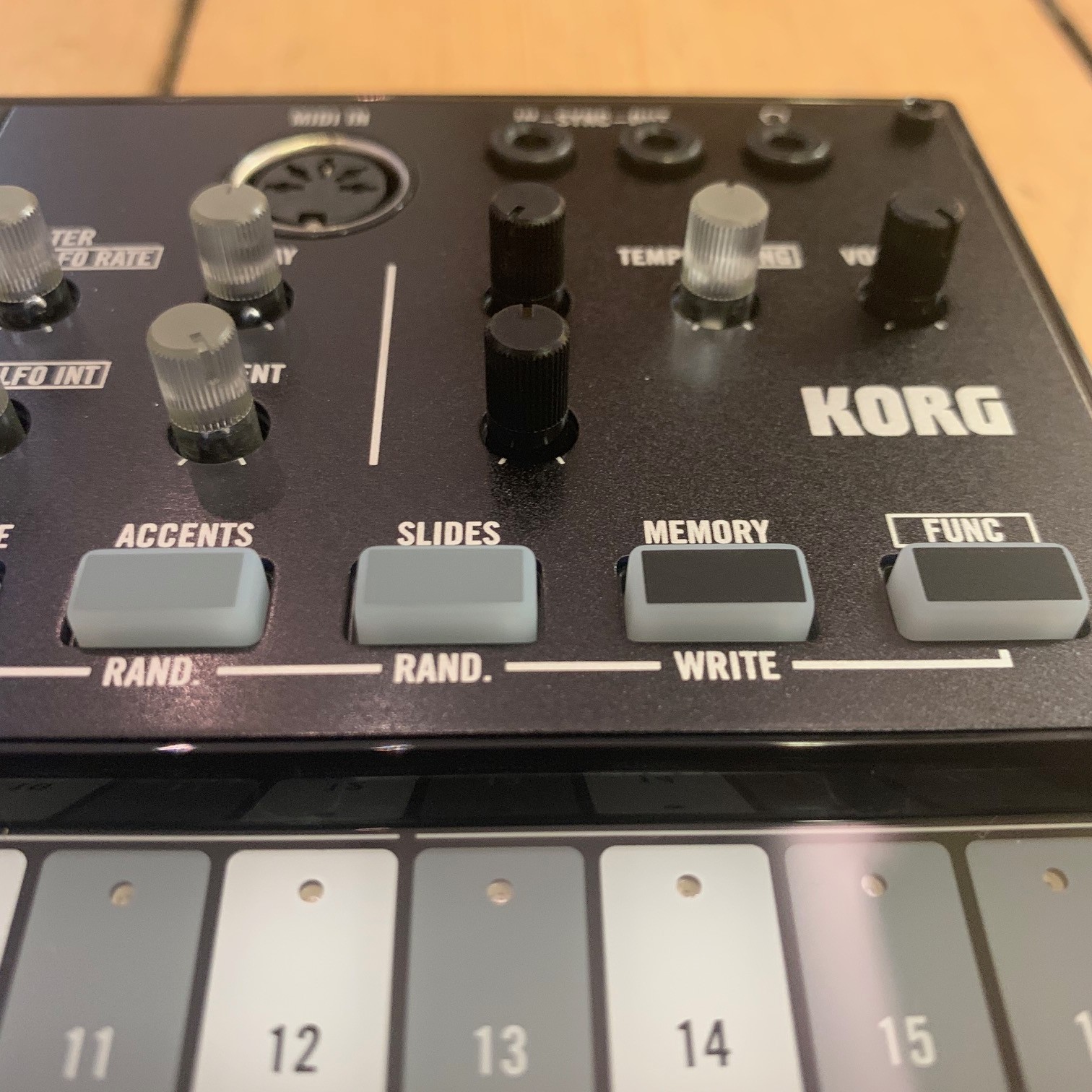