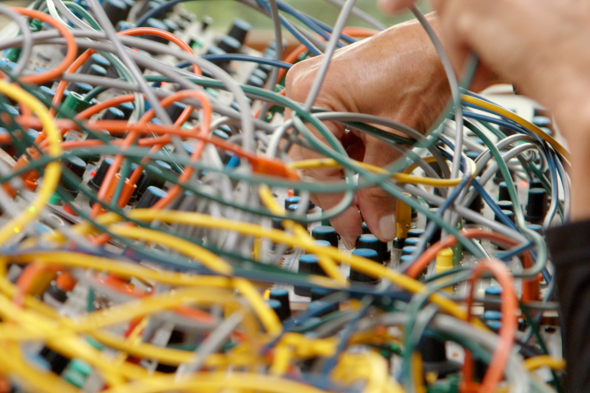 The filmmaker visualises the Bolinas coastline that proved so integral to the new FRKWYS album from Suzanne Ciani and Kaitlyn Aurelia Smith.

RVNG Intl have cultivated a strong tradition of visual accompaniments to their album projects over the years that go beyond simple content-filling exercises with the artists they choose to work with taking various paths with their commissions. As Kaitlyn Aurelia Smith and Suzanne Ciani discussed in the newly-published feature on their FRKWYS collaboration, the Pacific Coastline of their hometown of Bolinas, California played an integral role in shaping the two extended Buchla pieces that form Sunergy. It’s a theme Sean Hellfritsch expands on for his newly-released documentary which pairs up Sunergy track, “A New Day” with footage of the two protagonists manipulating their Buchla synths in synergy with shots of the Pacific Ocean ebbing and flowing away.

It makes for a suitably calming 25 minutes of your day and comes with the following words from the director: “The music of Sunergy is an ode to the sun and the sea, so I thought it natural to look to those elements for my inspiration as well. I took a camera to the intertidal zone of Duxbury Reef and was very fortunate to find it in such a dynamic state. As I was shooting I could see the sounds of Kaitlyn and Suzanne’s synths dancing in the water and light.”