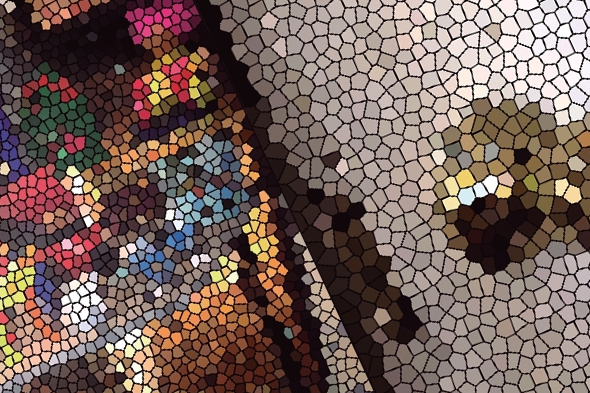 Washington DC’s Future Times label cultivates a particularly distinctive style, but it’s not easy to pin that sound down. Now under the sole guidance of Andrew Field-Pickering aka Max D, the label has spent eight years exploring variations on colourful maximalism, woozy new age and the cosmic reaches of dance music, all packaged with a retro yen and an irrepressible sense of fun. As a cocktail it sounds overpowering, yet each Future Times release impresses with its execution as much as its oddball flair, ably demonstrated in outings this year from Shanti Celeste, Will DiMaggio and Frequency Based Lovers.

One of the most brilliant records from the extended crew wasn’t actually released on Future Times. Last year’s Lifted album for PAN was a daring voyage into the furthest realms of featherweight jazz and liberated electronica, shaped across continents by Max D, Co La, Jordan CGZ and associates including Baltimore’s Jeremy Hyman. The latter provided much of that album’s tricky live drum work, following the thread of past work with art-rock group Ponytail and a touring spot with Animal Collective’s Avey Tare. Hyman then struck out alone, offering the glistening, jittery “Machine Stops” on Future Times’ excellent Vibe 3 compilation. Now the label has tapped him for a full solo release, and Hyman’s arrived in ecstatic form with the Couch EP.

Where the rhythms on the Lifted album were subtle, protean creatures, Hyman steers closer to the club for his solo tracks. “Couch” opens with a burst of warm, syrupy melodies and joyous chimes, but halfway through it resolves into a steady 4/4 that anchors the buoyant instrumentation. Similarly, “Occupy Crawlspace” steadies its bouncy-ball rhythm with clean, bright chords. The arrangements are very busy, and their sugar rush aesthetics won’t be for everyone, lacking the sense of faded chill or grit that mark many of Future Times’ best releases.

Lucky then that third cut, “New Edition,” takes a different approach. The technicolour synths are still in place, but here arranged into a tauter, techno-leaning mould, offset by frayed effects and a magnificent systems-failure breakdown. It’s here that Hyman really hits the mark, where he contrasts the too-bright smiles of his melodies with a dose of darkness and tension.