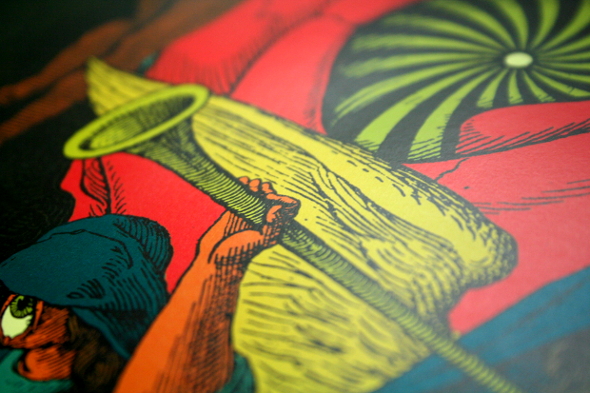 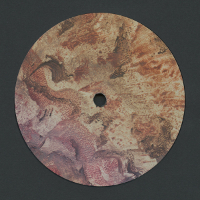 In 2012, if you ask us, Marco Zenker was responsible for one Ilian Tape’s everlasting 12″s, Twenty-Three, with B-side opener “Stressin’ Neighbour” a timeless classic. Since then Marco has matched his brother Dario’s release rate on Ilian Tape with a further three records while remaining an exclusive artist to the label as pals Skee Mask, Stenny and Andrea. Much like a Sotofett record, the German producer’s love for UK sounds rattle and thrum on EP closer “Motion”, replete with spacious and boomy beats and trancey chords. He leads the EP with vast and broken drums too with synths and textures opting for a more hands in the air euphoria than before, while clanking, junk yard percussion cuts through the mix like garbage collectors breaking the dawn’s silence. It’s clear the Ilian Tape canon can’t get enough of their broken drums and jungle at the moment, but for the more staunch techno heads that Ilian Tape appeal to, there’s a slice of deeper, 4×4 action in “First Feeling”, a track combining the best of Mike Dehnert with Kerri Chandler.
Listen/buy vinyl 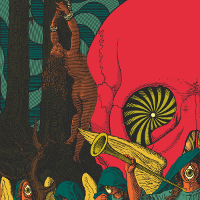 It’s hard not to feel as though Killekill has undergone some sort of dissemination during the past 18 months, with the label slowing down to a trickle at the end of 2014. The single record from DJ Spider & Franklin De Costa arrived in 2015, while this year’s release was the Killekill Megatrax II compilation. News, however, arrived last month that Killekill have launched a new all caps venture called VANTA SERIES said to encapsulate club sounds – like we expected anything else with its first track entitled “Acid Banger”. With bold, ritualistic art direction from Belgian designer Elzo Dirt capturing the eye immediately, the UK’s Dez Williams is honoured with inaugurating the label. Across three tracks, a wrath of ghoulish tones, squelchy basslines and electro beats go the distance in proving that Berlin’s Killekill label ain’t dead; it’s just buried deeper underground. Expect further offshoots of Killekill to pop up over the coming months to accompany this VANTA SERIES.
Listen/buy vinyl 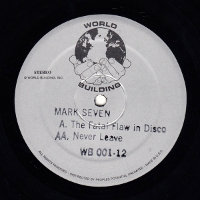 Should this release appear on the pages of Hard Wax, you could imagine its anonymous wordsmith writing something like: “Five tracks of sax-laden classicist US house.” The Juno website? “1 Per Customer”. It marks the debut release for World Building, a new label from Ari Goldman – the half of Beautiful Swimmers that is not Max D – and Stockholm’s most eminent record dealer Mark Seven is given honours of cutting the red tape by raining down a bevvy of Jovon/Goldtones vibes. The five-track EP is spearheaded by “The Fatal Flaw In Disco (U-4-Ria)” and “Never Leave”, with a ‘Lonely Dancer’ version and ‘Saxapella’ supporting the former while a ‘Pressure Dub’ backs the latter. Like much of the music on Mark Seven’s own Parkway label, this is undeniably danceable, slamming ’90s house music with the record paying further homage to the likes of House Master Baldwin, Mike Dunn and Fast Eddie Smith among others. The Fatal Flaw In Disco is a record that screams: no drinks on the dancefloor!
Listen/buy vinyl 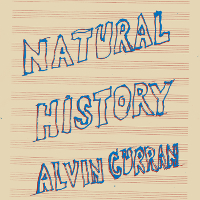 For any music lover, it’s artists like Oren Amarchi and his Black Truffle label that will make you realise, should you ever forget, that the ocean of music out there is unfathomably deep. Alvin Curran is an American composer, and one third of Roman trio Musica Elettronica Viva, who combines electro-acoustic, field recordings and found sounds to the music he makes. Very much embroiled in the world of classical, experimentalist academia, his sound art can be found somewhere between the ideas of John Cage and David Toop. This two-track reissue by Black Truffle presents a collage of sonic elements that combine 4th of July fireworks from 1983 recorded in New York’s Little Italy to the buzz of a large fly caught between two Sardinian window panes in 1970 to the sounds of a piano being tuned as a dog barks. Avant music at its most garde, both sides of Natural History provides two audio time-lapses of incredibly far flung recordings and atonal compositions. Bravo!
Listen/buy vinyl 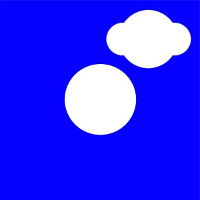 With Munich hub Public Possession putting out Introducing Obalski and According to Obalski, there goes hoping a third release would arrive under something like Obalski, Nuff Said. Instead the German has gone for Wind S, a 12″ single taking in remixes from Japanese outfit – and CockTail D’Amore associates – Mascaras and Ostgut Ton’s garage loving flag bearer Nick Hoppner. Once more its beatless bliss from Obalski with kosmische, new wave and new age melodies bubbling under the flirting idea that Europe’s Autumn season is melancholically approaching. Höppner shakes it down to fit a tropical, Pbar mould with a suffling rhythm track while Mascaras keep it mellow with an ambient pop and rendition, with added cowbells, that falls somewhat in line with the music of Powder.
Listen/buy vinyl

While once he was known as a leader in the micro-sampling field of clicks and cuts, Jan Jelinek has been busy turning his attention to all manner of experimental forms in more recent times. One of the most engaging of these is the improvisational project with Berlin-based vibraphone player Masayoshi Fujita, who prepares his chosen instrument with all kinds of textured objects to create a unique, delicate sound. Following on from Bird, Lake, Objects album from 2010, Fujita and Jelinek link up once more to present a new exploration of exotic subtleties in the form of Schaum. There’s a swirling, abstract mood at work across the album, with infinitesimal details worked into the folds between blissful drones and shimmering notes from Fujita’s instrument. Fans of Jelinek’s older work won’t find themselves flung too far out of the comfort zone, but this collaboration says something entirely unique.
Listen/buy vinyl 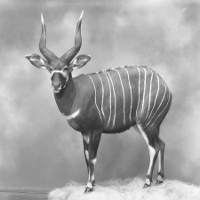 Having also been found lurking around groups such as Pendle Coven and HATE, Gary Howell’s credentials in crafting dark, metallic variations on UK club music traditions speak for themselves. Having previously flown solo with the Ground EP back in 2011, Howell returns to Modern Love with an album of sinister tones that range from menacing synthesizer wobbles to dynamic percussive trysts and on to strained, punky beatdowns. It’s diverse in the way you want an album to be, but still held together by that greyscale grit that Modern Love seem so adept at presenting, whichever artist they work with. Rather than some industrial throwback however, Housebound Demigod is a vital, forward-marching statement, rich in personality even as it comes from a somewhat mysterious figure.
Listen/buy vinyl

The Long Island Electrical Systems wagon keeps on rolling at an unstoppable pace, with releases flying out from both familiar and unknown entities at a rate of knots with no sign of the quality slipping. Dread Nox welcomes back Billy Werner’s M//R project (which stands for Magnetic Resonance should you wonder) following the Philadelphia-based artist’s LIES debut last year and some fine records on Great Circles and Details. Werner may not be the first to chop up some jungle breaks and stitch them to a techno mentality, but on “Dread Nox” he’s done it with considerable clout. The slow rattling amens meet with extra pings of percussion and a sci-fi leaning palette that make for a thoroughly affecting piece of club wreckage, offset neatly by the more sparse and sinister “Portals”. “Tea & Oranges” meanwhile hits an abrasive note that calls to mind the early works of Mike Paradinas, from the coarse bleeps to the spitting and snarling drums. Powerful stuff indeed.
Listen/buy vinyl 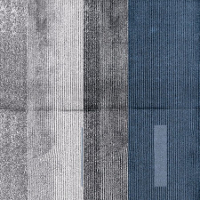 With most attention focused on his TM404 alias these days, it’s a pleasant surprise to see a new record from Andreas Tilliander popping up under his own name. It’s certainly a departure from the strict hardware adventures of that aforementioned project, finding the prolific Swede exploring diverse percussive tones, nagging electronica rhythms and crafty processing that suggest a wider palette of production resources were at hand in the making of these tracks. “Knapp Ledsyn” is a particularly wonderful piece that sports dub tropes in amongst the snaking kinks of rhythm, not least through what sounds like a distant melodic chime. “Nybliven Lots” is a more techno-minded piece, but it’s the exception rather than the rule here, not least once Burnt Friedman gets his hands on “Stettin Libau” for a remix that suits the dexterous surroundings perfectly.
Listen/buy vinyl 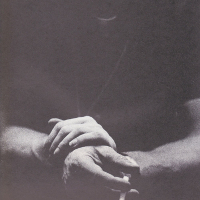 Considering his discography is, on the surface, still rather modest, Ossia’s presence in the Bristol community and beyond is a sizable one. That’s of course down to his active involvement in running nights and labels, and his membership in the Young Echo collective, but following the killer Red X single on Blackest Ever Black he returns with a double pack for BH that looks set to cement his presence as a vital producer. Coming loaded with dub tradition, the originals and versions on this release each speak their own message, with “Control” stepping forward as the charismatic lead track with its deadly synth hooks and vocal lick. The ensuing version meanwhile is a minimalist delight, spreading the pulses out in a purist vision of dub principles. “Information” is a more paranoid exercise in eerie meditation that calls to mind some of the more tender moments in The Bug’s early work, with an ambient version that feels like uneasy bliss.
Listen/buy vinyl