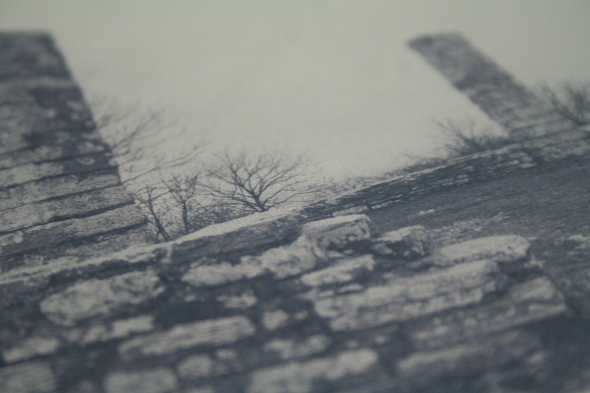 When it comes to the work of Northern Electronics and other labels and artists that orbit this particular dimension of Swedish techno, the appeal is less about a dogmatic adherence to rules than it is about a sense of place. While the label’s output can range from tough rhythmic pulses to spacious ambience, the work of Varg, Abdullah Rashim, SARS et al is consistent in its evocation of an imagined place. Much music these days seeks to draw on worldly influences to fling the listener to far-out, exotic climes, but these artists have struck upon an aesthetic that heads in the opposite direction from sun-kissed lands and finds beauty in a cold, harsh environment. Considering the name of the label and the fact the majority of artists hail from Sweden, how much of this mental imagery is supposition? A lot of it, but not without merit, as Scandinavian Swords II demonstrates. 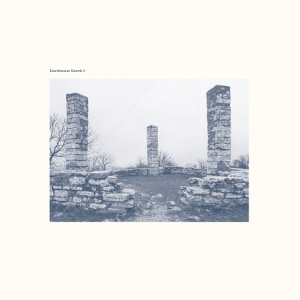 Previously unfamiliar artist Fatal’s first of two contributions to this expansive label compilation is a compelling slab of ambient techno that revolves around a looping synth line and a distant sizzling hat. The composition is startlingly simple, but the power of the piece is in the swelling resonance of the sound as it washes through you. It’s a sad, lonely three minutes loaded with emotion. Varg & Abdullah Rashim’s joint bookends “Metro Entrance I” and “Metro Entrance II” are similarly forlorn affairs, but here the keys move in a free, expressive manner as they buck to the whims of delay processing. The point is, despite their differences, the tracks still seem to head to the same remote point on the map.

While still remaining in the ambient camp, Art Alfie’s offering is a more intimate one that sends its pulses out into the empty void rather than defining the space through mammoth drones. It’s one of the most sonically slender tracks on the compilation, feeling very close at times while still pinging its echolocation signals hopelessly out into the expanse of the Northern Electronics geography. Korridor offers a more balanced proposition with “Opia”, using a delicate but kinetic line in percussion to cut a path through the icy drifts of pads, powered by a subtle but purposeful bassline. It’s still Mariana Trench-deep, but not afraid to work with progression and pace on its mission into the tundra. With slowly sweeping filters and patient deployment of dubby decoration, it’s a track that builds in your ears without you even noticing.

Elsewhere, there is stout techno to be had. Neel is cold and merciless in his application of monolithic techno dynamics, perhaps coming across as the least sensitive of the participants present. Mr. Tophat is in a similarly monochromatic headspace, but through dynamic processing he manages to edge a little more personality into “Medical Treatment”. Some of the most intriguing moments come when an artist matches heavy presence with even heavier emotion. The slow, shuddering beat of Acronym’s “Fluctuations” gets under your skin like a march towards nothing, the distant clang circling overhead a source of sustenance until a pad breaks through like a heart-stirring beam of light. It’s a truly moving moment in the gloom, of which there is much on Scandinavian Swords II. Abdullah Rashim too knows how to walk that fine line, playing a transcendental trade with his cyclical percussion while the modulating lead tone at once lights up the track and peals off into the abyss.

There have been previous various artists releases on Northern Electronics, but none are as comprehensive a definition of the universe the label exists in as this one. From the label regulars to the newcomers, a cohesive image is painted and it serves as reminder of why this nook of Swedish techno is spoken about so favourably. It’s easy to think of focused, modernist techno as a byword for dull, dry, emotionless sonic thuggery, but this collection of 14 tracks proves there is another way. Just because it’s cold doesn’t mean it can’t have soul.