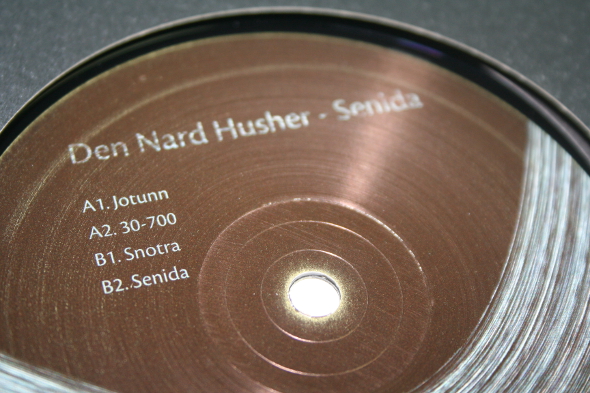 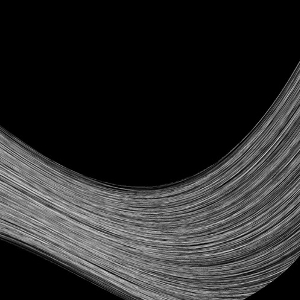 Arias, however, is very much spearheading the label, which works in conjunction with Thor to apparently help come up with ideas for EPs and represses relating to Thule. Enter Den Nard Husher, an Icelandic duo responsible for the one album in 1999 called Nard’s Groove Vol.1. Made up of Jónas Thor Gudmundsson, aka Ruxpin, and Arni Valur Kristinsson, aka Vector, the Den Nard Husher project looked destined to be snap frozen in the stasis of Iceland’s lost dub techno scene. Some 15 years later, however, Arias managed to convince Gudmundsson to thaw out the project from its frigid state, with Arias exhuming four unreleased productions made between 1998-1999 from the Icelandic wilderness.

“He trusted me releasing them as I told him the tracks are timeless,” Arias explains of Gudmundsson’s blessing to put out Senida. For the second ever Den Nard Husher record, the project remains a solo Gudmundsson EP, and it makes you wonder how much he actually has stashed away up north. Nevertheless, there’s no denying Arias’ stance that these four productions are indeed classic, “cleaned up and remastered by Matt Thibideau” out of Toronto, and lead cut “Jotunn” is this record’s foremost testament to such a notion. Strafed by glowing synths and textures emotive of aurora borealis, its driving groove is one that will make you want to dive head first into its pumping 4×4 pulse or fall back into its wash of glowing textures.

There’s almost a Shinichi Atobe feel to the title-track, neatly packaged as this record’s B2 cut, while both “30700” and “Snotra” demonstrate just how immortal the dub techno and deep house coming out of Iceland was at the time. These tracks are as cool as they are warm and it’s hard to not imagine vast landscapes of a snow-capped wilderness lit by the crepuscular glow of a Nordic sky when listening to the music. There’s an undeniable purity to these productions too, which, like so much of that trademark Icelandic style, fails to be matched by producers honing in on a similar sound today. Therefore, it’s no surprise, really, why someone like Arias – a die-hard Thule fan – would want the new, younger techno fans of today to miss out on what an older generation were in fact denied themselves.