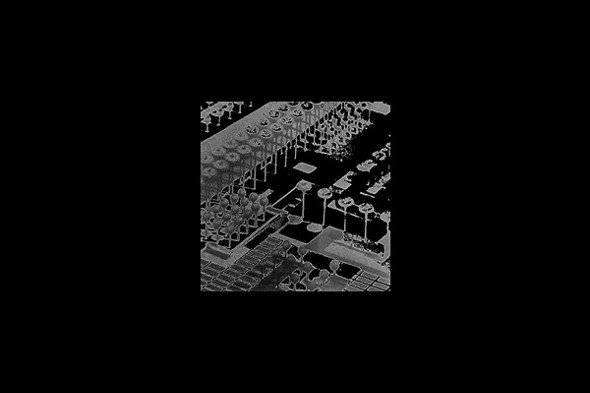 The UK producer has self-released a new five-track EP.

Considering he debuted on Hessle Audio, Bandshell has not followed a path towards a stronger gig presence, a barrage of releases and podcasts in all the right places. Instead he has maintained an elusive identity, releasing one other 12” on Liberation Technologies back in 2013 and last popping up with the Ruthless Metadata mix for Little Tapes. Other than that, additional Bandshell material has largely consisted of carefully considered mixes that reflect his own wayward tendencies on the broken, found-sound end of the mutant techno spectrum (should such a thing exist).

Breaking a three-year pause, Grant returns with a new collection of five tracks that continue the thread of intrigue from his previous EPs. Supposedly these were intended for release elsewhere but never ended up seeing the light of day, which strikes us as the label’s loss and the Bandshell Bandcamp’s gain. Dextrous, pots n’ pans percussion abounds, and the production levels remain high throughout. Take a listen to the whole EP below, and if you’re liking what you hear you can consummate your appreciation with a digital purchase by way of the Bandcamp page.