Telephones is tapping in to Vibe Telemetry

The Norwegian producer will release his debut album on Running Back.

Henning Severud is definitely an artist that takes his time, having released just four EPs since first debuting on Full Pupp back in 2010. The Berlin-based producer originally from Norwegian city Bergen has chosen his outlets well, from a collaboration with DJ Fett Burger on Sex Tags UFO to 12”s on Love On The Rocks and Running Back in 2014. Last year we only heard from Severud via a remix of Greek composer Vangelis Katsoulis on Into The Light. Even if his releases have been scattered, his reputation has grown considerably, not least as a DJ, with a lively gig schedule keeping him in demand on that party circuit where folks get down to disco, house, balearic, italo and everything in between.

Severud returns to Running Back with his long-mooted debut album, Vibe Telemetry, which reportedly serves as a tribute to the more mystical vision of house music the artist felt as a young lad growing up in Norway. As the press release would have it, “Vibe Telemetry is inspired by the pure feeling of listening to house, disco and techno, prior to knowing what it actually was… Borrowed cassette tapes, music recorded from radio, mixes from local Bergen-artists and clubs, tracks heard from the sidewalk outside of clubs you’re too young to get into, music from the local music library in Bergen or the things being played in local record-shops.” It’s certainly a record that reflects such romanticism of the culture, and makes a fine development of the starry-eyed Telephones style that has been increasingly turning heads over the past six years. Most of the album is powered by deep, head-nodding house rhythms, but for now you can dip your toes into the ambient delights of the opening track “147 Stars”.

Running Back will release Vibe Telemetry by Telephones on October 14. 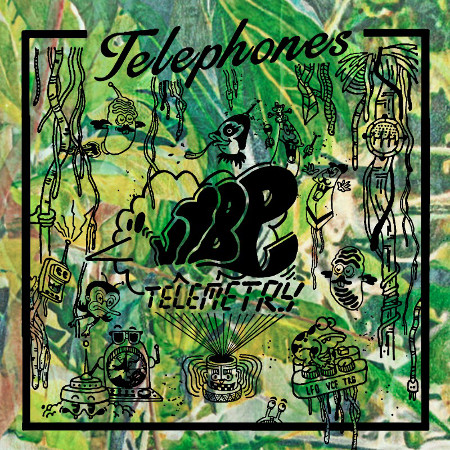 Running Back on Juno