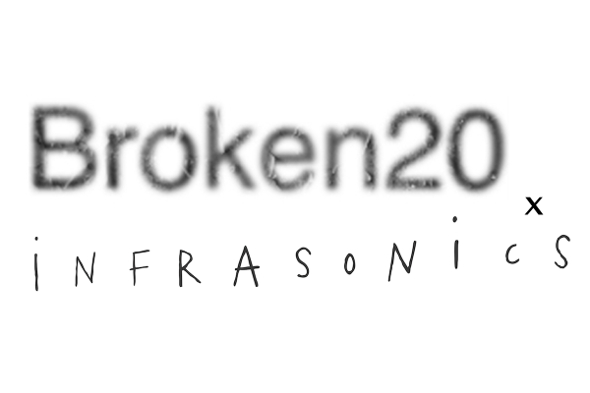 As part of this weekend’s free Broken Sonics 2016 event at Corsica Studios the labels involved are giving away records from Spatial and Beneath in addition to Broken20 DVDs and prints.

While the expense of London will forever remain something to lament for those who dwell in the city, there’s no denying the amount of free-ness any given weekend in the capital can provide. Galleries and gardens aside, rare is it that cash-addled promoters can open up the doors of south London venue Corsica for free entry – or donation – while delivering a most impressive line-up flanked by local producers, DJs and collaborations. This same party last year saw the likes of Demdike Stare’s Miles Whittaker and Bristol’s Asusu play alongside Equinox and Beneath with support from Infrasonics boss Spatial and Broken20’s TVO. The latter find themselves back at Corsica Studios once more curating a similar bill to to last year with the addition of Don’t Be Afraid’s Semtek and more.

Headlined again by Marlon ‘Equinox’ Sterling and Beneath, the UK’s Grade 10 label has been invited down and brings with it a selection of associated artists, while Spatial will perform live as will Broken20’s TVO & Production Unit. Monoak, who impressed with a debut EP on Steevio’s Freerotation label last year, caps off the night next to a back-to-back set from Misc DJs, aka Datassette and Max ‘Tengui’ Bacharach whom recently gave FACT a run down of Raster-Noton’s best 20 records. Ahead of the event, the good people at Broken20 and Infrasonics are giving away a stack of music in the shape of Spatial’s first two Emergence 12″s, a selection of Broken20 A5-sized prints and The Somnambulist’s Field Guide DVD plus Beneath’s latest release on No Symbols.

To be in the running to win Spatial’s Emergence #1, Emergence #2 records, Grade 10 merchandise and Forever Forever’s Coarse release, six Broken20 prints and The Somnambulist’s Field Guide DVD, answer the question below. A runner up will receive Beneath’s No Symbols 005. Competition will close 3PM, Thursday, August 11, with prizes to be collected at Corsica Studios on the night of Broken Sonics. Full details and line-up below. 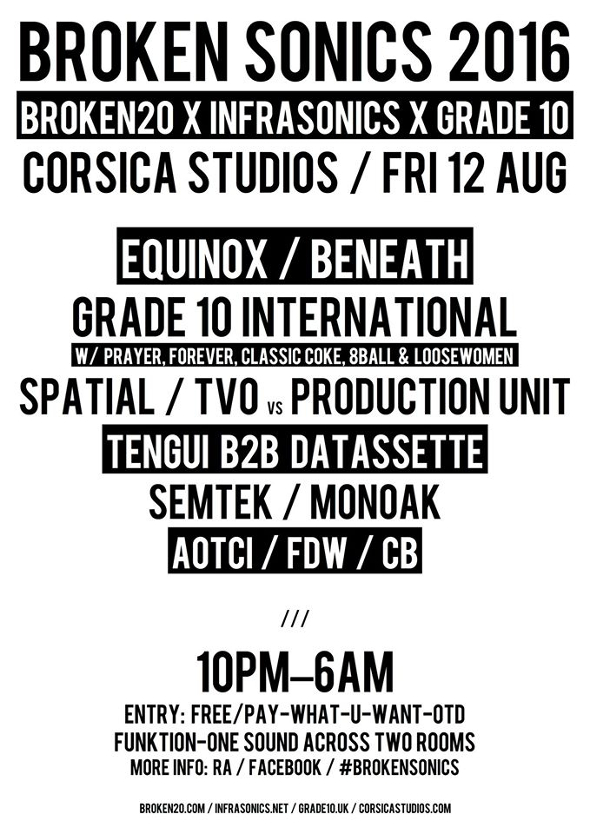