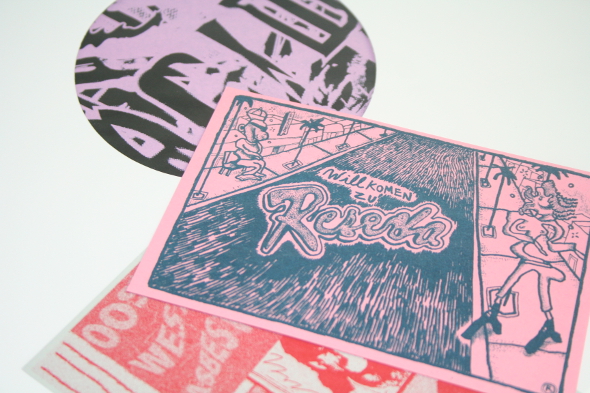 Perhaps it’s the warmer weather tuning the mind towards such moods, but at the moment it feels like there is a strong current of truly lovely, danceable electronic music drifting out of studios the world over at the moment. The Mood Hut crew and Acting Press posse know where it’s at on the smooth scale, while those SUED characters can be dab hands at keeping things sensual, and it’s an interesting phenomenon to observe. In the realms of house (and other such rhythmically straight-forward styles), plush melodic content and an overall sense of warmth in music can often be a byword for bland lounge-ready muzak set to a beat. 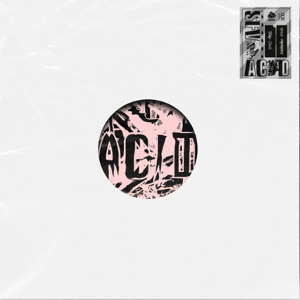 Instead, within the lilting chords and soul-stirring lead lines of certain progenitors in these times, we’re getting some genuinely interesting music that favours an accessible, easy on the ear approach and production clarity. In using such terms it feels like we should be gearing up for the house world to be taken over by 21st Century Steely Dans and Michael McDonalds, but don’t fear, we’re not at a Yacht Rock apocalypse just yet.

Zane Reynolds has been cultivating a formidable body of work as SFV Acid, and while his name might imply some kind of throwback 303-baiting rave-isms, instead he has tended towards a more considered, layered kind of electronica that touches on electro as much as it does deep house. The key here is in the synthesis, where Reynolds lays down many tones in both strange and soothing harmonic formations that hit the spot between the need for a little spice and stimulus in your listening wares, and wanting something pleasant to resonate with.

On this new offering for Dutch electro operation BAKK, Reynolds has been given the chance to indulge different poles of his musical temperament. The 10”, entitled Jazzchamber, is dedicated to the slower, more mellow material, while 12” DOep serves up some tougher club tackle. What’s interesting is that despite some obvious differences such as tempo, the same spirit of satisfying, soulful music still applies across the whole, lovingly packaged release.

“Free Way” opens up the mellow disc with a perfect encapsulation of this aforementioned soothing balm of house music. In some ways the atmosphere of the track exudes calls to mind some of the finest joints on labels like Real Soon and A Touch Of Class, which offered up the same kind of gentle but meaningful 4/4 grooves. “French Deimar” meanwhile showcases just where Reynolds gets it right when it could be so easy to get it wrong, using a beat that clatters just a little, rough in just a few areas of the frequency range, and choppy on the arrangement without getting too clever on the edit. It’s enough to pique the interest from the get go, playing some genuinely crafty angles in its rhythmic construction and choice of melodies, and yet it still feels like a sun-kissed cruise on calm waters.

So then over to DOep, which kicks off with a title track that instantly sets out a different attitude with its snappy electro beat triggers, but it doesn’t take long until illustrious synth tones are chiming away over this feisty construction. Even if the intention has become more undeniably badass, it’s the kind of badass cruising the boulevard in a convertible, not the badass sniffing glue in a basement rave. One gets the impression either badass would approve of the tunes though. Just listen to the eerie allure of the high frequency synth lick on “STWF”, utterly simple and absolutely perfect in its delivery. It’s equal parts deviant and debonair; a rare mixture if ever I heard of one.

It’s the last tracks on each disc that push Reynolds’ unique musical personality to the maximum, in different ways of course. “CG Funk” on Jazzchamber lets the plastic lead lines warble out in a truly effervescent celebration of everything that electro stands for, from the naff to the nasty, and it still manages to sound utterly cool. “Extrakrizzbeat” meanwhile manages to work up a Cylob-flavour sweat with equal lashings of such cult electro experimenters as Bell and Secondo, completely playful while still being committed to getting a crowd busting some moves.

Across this whole release Reynolds triumphs, making something that doesn’t compromise one iota while possessing a broad appeal. That opinion may be somewhat blinkered by a writer with a professed love for all kinds of house music and electro, but this really isn’t awkward electronic music like so much can be. Lucky for Reynolds that his interests lie in such a direction, and here’s hoping for his sake more people start to recognise.