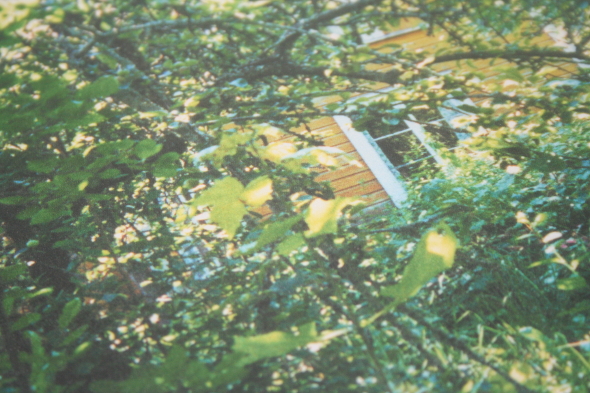 Our selection this week covers archival plates from Tectonic and Mika Vainio, Kern exclusives from Tresor, further adventures in Buttechno, 12″s on 2nd Drop, Cititrax, Latency and Northern Electronics and perhaps the house LP of the year from JTC. 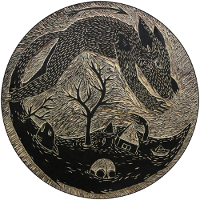 Felix Manuel is on a roll at the moment, fresh from bringing his distinctive UK-flavoured wares to Ilian Tape on the excellent Struktur 12”, and kicking off a new trilogy of EPs on his usual stomping ground of 2nd Drop. He returns for the second installment in said trilogy with a pair of tracks that continue to confound expectations in a manner that has been typical of his career to date. “LA” is a slow rolling system tester that revels in off-kilter drum breaks and works a whisper of deep house influence into the ruffage, winding up in a jam equal parts rave familiarity and 21st century unpredictability. “Abandon Me” meanwhile plots a course for the stars, using helium-vocal licks with an arch irreverence and firing off gritty rhythmic angles without losing that all important thrust. It’s futuristic music, and yet still unafraid to nod to some well-worn tropes in that time-honoured hardcore tradition.
Listen/buy vinyl 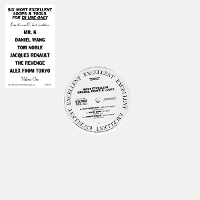 This one is for the spinners out there. The Most Excellent Unltd label has thus far forged a fine catalogue around the impeccable edit work of Danny Krivit, one of the shining exponents of the respectful re-rub. We can heartily recommend the Oyama Edits tape the label put out last year too. Fpr the latest Most Excellent Unltd release, an all-star cast has been tasked with serving up some DJ-friendly to keep the rhythms rolling in those crucial party moments. Mr K himself provides something of a curveball with an expletive riddled sojourn, but there’s plenty more fleshed out ideas on offer. Tom Noble shines through with the sublime deep house delicacy “Samuel”, while Daniel Wang keeps the bongo fire burning on “Dr Beat”, and that’s just the tip of this fine (not to mention useful) iceberg.
Listen/buy vinyl 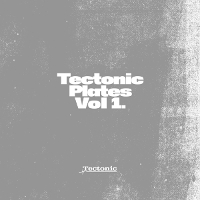 Can it really be a decade since Pinch solidified the unstoppable advance of his dubstep empire with the first Tectonic Plates compilation? A lot has happened since, but there’s no denying the timeless quality of this most golden of dubstep eras, and after the limited 10” outing afforded to these tracks originally a fresh pressing seems like a fitting way to celebrate some dance wreckers from the recent past. The talent speaks for itself, from Skream at his most potent to Oris Jay on fire under his essential DQ1 guise. Given how much mutation took place afterwards, it’s interesting to note just how much diversity there was in the dubstep world even back in 2006, with MRK1’s grimey trysts making for a stark contrast with the monolithic pressure of Loefah. This is a gift for all those who failed to nab these bits on wax first time around, so don’t pass up the opportunity.
Listen/buy vinyl 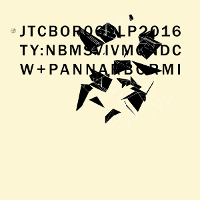 Back when Tadd Mullinix was first making his presence felt as James T. Cotton, he was something of a problem child in the minimal techno playground, aligned with Spectral Sound but making scary, subversive acid house dripping with distortion. Over time he has steered that more house-orientated side to his music into a more tempered brew that still hinges upon old-school methods but deals with a less abrasive palette. Since the moniker was shortened to JTC some of the best material to date has come forth, and this album on Mullinix’s own Bopside represents the best the project has to offer. Mixed in with some choice remixes from the likes of DMX Krew, the mood sways between peppy hardware house and electro played with a warm, affectionate flair that makes a beeline straight for the heart without any unnecessary emotive posturing.
Listen/buy vinyl 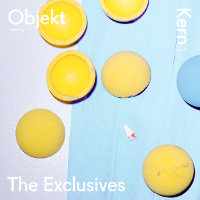 By now you should be aware that Objekt is releasing a mix album on Tresor, the third installment in the so-far-so-excellent Kern series no less. As you would expect from everyone’s favourite abstract hype-up DJ, the selection veers between all kinds of mind-bending sounds in the fields of electro, techno and the outright experimental, and this spin-off 12” of exclusive tracks that appear in the mix is no less fantastic. Clatterbox is a welcome addition, having lurked in the mists of oddball UK electro since the mid-‘90s, and “Aspect Ratio” proves there’s still plenty of meat on those veteran bones. Meanwhile Shanti Celeste further demonstrates her deepening skills in the field with the sublime downtempo craft of “Lights”. Polzer meanwhile bring a tougher edge with the uptempo rasp of “Static Rectifier”, and Via App present a slower, Dopplereffekt-style sleaze on “From Across The Room”. If you’re hot on the best the electro genre has to offer, look no further. Special mention to Tresor for the smooth sleeve finish too!
Listen/buy vinyl 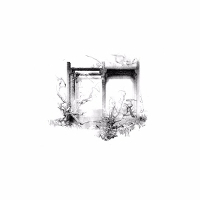 BUTTECHO – it’s a name we can’t escape nor forget, and in some cases even like. The Russian producer, nevertheless, has garnered his own reputation by eschewing what might be considered cool in the UK and Europe by throwing down his own unique Russian vibe of German-influenced techno. With the amount of music coming from his way we can’t help but think he’s sitting on a massive stockpile of beats and it’s only a matter of time before he breaks through – where and how is up to him. For this second LP, following last year’s self-released СПОРТ LP – and recent Collapsing Market 7” – Pavel Milyakov lays down a swathe of abstract productions which tap into something more melodic and immersive – just check album opener “Occhre”. At 11 tracks long you won’t get much more than four or five minutes a cut, but these tracks aren’t explicitly designed for the club context, but a space where you can dance or chill the f*** out while tapping your feet.
Listen/buy vinyl 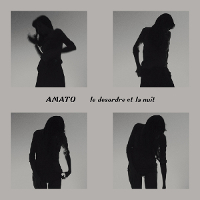 Did you ever dream of a day where you’d be excited at the prospect of new music from The Hacker ? Michel Amato, aka The Hacker, is reinvigorating his career under his surname after helping define electroclash alongside people like Fischerspooner and Tiga, and he’s doing this with the help of Veronika Vasicka’s Cititrax. Amato is no stranger to the Minimal Wave sister label, having previously featured on the debut edition of the Cititrax:Tracks split 12″ series. Not that he ever left, but Amato is up to stride with the visceral electronic oomph that’s appeasing the new found taste for EBM and techno in 2016. It’s the tribal vocal chants of “Hey” that provide an extra hit of mechanical hedonism to this EP while the three other cuts thrive on snares to smash your ear drums, synths that burrow into your brain and beats for fist pumping.
Listen/buy vinyl 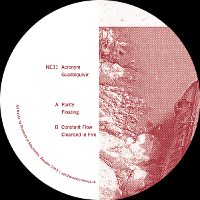 For deep driving bassline techno it’s the Italians that have garnered the most trust but the Swedes are proving to be a reckoning force when it comes to, what we’ll call here, throbbing beat. Acronym is perhaps the artist you’s reel off third from the Northern Electronics camp (following Abdullah Rashim and Varg) but that is in no way discounting this artist’s unique craft (dub). Acronym has proven since his first release on Dimensional Exploration label that he knows how to work infinite, sub aqueous grooves and after turns on Semantica and last year’s June LP for Northern Electronics he’s back once more, however expect something more than just forward motion. A noticeable shift in direction of this EP is the use of techier and cutting hi-hats – specifically in “Floating” – while for the good ol’ Acronym the serious heat can be found in “Constant Flow”.
Listen/buy vinyl 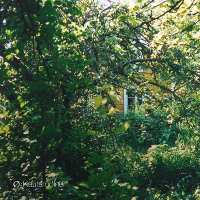 Never will we be short of clasping a Mika Vainio reissue – or maybe you were satisfied with this year’s Gagarin-Kombinaatti scoop – but nevertheless we have the Finnish legend’s Kantamoinen LP to behold on vinyl for the first time. Originally released in 2005 on CD under the Ø alias, it’s the first time this project has reared its head since 2013 – by the way we recommend 2008’s Oleva LP. So what to expect? Imagine Karlheinz Stockhausen playing with sharp industrial tones and frequencies with typically cold, Finnish bleeps and trippy high pitched tones that overall fall under the umbrella on fine minimal ambient. Of course there are more colourful passages to be found too, even Krautrock psych, however it’s album that plays with concepts of time and space through educated avant garde sound design – well meta.
Listen/buy vinyl 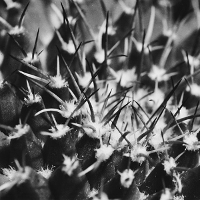 After a few years finding their feet with releases from Innerspace Halflife, that formidable Joey Anderson 12” and Mura Oka opus, the French label has really started to find its feet with recent releases from Nuel, Australia’s Kane Ikin and now Andrea Belfi. Here the drummer, composer and experimental musician Belfi turns in two nebulous and lo-fi productions that subscribes to the Latency sound and aesthetic of late. B-side cut is not quite mournful, but more than melancholic as skittering marching snares roll out like a funeral March with breezy, emotional synths replacing downtrodden piano keys, while the A-side, clocking in at 10-minutes-30, is as atmospheric as it is groovy, with drums you can hardly hear – or should we say muted. A colourful, percussive and deeply hued release. Get meditating.
Listen/buy vinyl