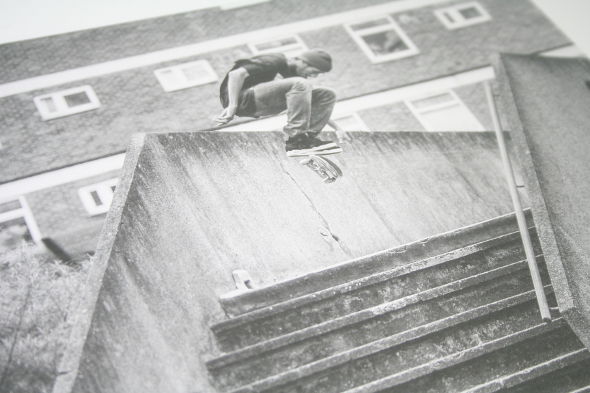 Always at the forefront of the bass developments of the last few years, Rabit’s Halcyon Veil label does the business again with the ear-snagging styles of fresh concern Mistress. The unknown artist surfaced earlier this year with the Dreadfile mixtape, stitching together the likes of SpaceGhostPurrp and Young Thug with their own productions, and now the promise in that modest selection manifests as a six-track EP that makes for a logical follow-up. All the material is making a first appearance here, and its laden with the kind of unusual sonic juxtapositions you would expect to hear in Rabit’s own music. Reflective, atmospheric pads meet with cinematic sound design, dry drum machine percussion and playful synth licks, as ready for the club as for the headphones. Hollygrove is certainly a sign of the times, inventive and daring, dexterous and weighty all at the same time.
Listen/buy vinyl

There’s a certain thrill of expectancy that hovers around any artist declared an affiliate of Glasgow’s Green Door Studio, and Thomas Clarke has been immersed in the beating heart of the city’s music scene for a good six years now. Last year he popped up with the Soundtrack For Strangers 12” on Optimo, and now he returns to the local label with a strong, diverse selection of tracks that brim with that cross-genre inventiveness. There’s a woozy acid thrust at the core of lead track “Surf & Destroy” as cascading box beats and arpeggios rain down in a dense flurry of party abandon, while “Teeth” takes a complete swerve into dark, 23 Skidoo-esque exoticisms. “Brothers Bed” follows a similar theme, although the synths creep to the fore once again for a late night work out. “Mobiliser” makes for the perfect uneasy tonic to wash down the record, slow and sleazy and wonderfully ghoulish in its outlook.
Listen/buy vinyl 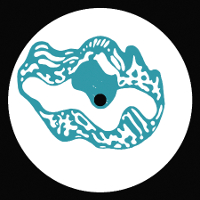 Following strong appearances from Cmd q and Philipp Matalla, Leipzig’s finest Kann return to their various artists pursuits with a thoroughly excellent four-track affair from contributors new and old. Leafar Legov has commonly been found hanging around over Giegling way, and heads up this 12” with an appropriately swooning, emotive slice of deep house rich with synthetic orchestrations. Kann co-founder Bender heads into chunkier territory, serving up a pronounced rhythmic bite and some spiritual undertones with his soul-stirring “Think Green”. Mary Yalex meanwhile takes a more delicate approach on “Bellflowers & Unicorn”, letting the beats tick away in a measured fashion while the melodics whisper in the middle distance. Matt Karmil too is in a reflective mood with the suitably unusual, piano-led piece crafted for maximum wallowing potential.
Listen/buy vinyl

If you’ve not made it to a KAOS party, then you might not be aware of the policy of dark, unusual body music that soundtracks those long nights in London town. The Khemia label has been launched by the organisers as an extension of that creative kink, starting off with In Aeternam Vale and Bronze Teeth, and now following up with Rrose and Orphx. Perhaps less a statement of club night content and more an exploration of the spaces around that central nocturnal thrust of techno and EBM, Rrose is especially captivating with the poised, eerie tease of “Emboli”. The usual facets of high-definition sound designs spinning atop subtly grinding textures are here in abundance, using high-pitched ripples to create a thoroughly psychedelic effect. Orphx are no less dynamic, using a nimble array of synth tones locked into a complex interplay to create an infectious energy without resorting to loud drums or crushing bass.
Listen/buy vinyl

Samo DJ – Kicked Out Of Everywhere (The Trilogy Tapes)

With his Born Free label doing increasingly great things and some strong appearances on Public Possession, L.I.E.S and more besides, Samo DJ has certainly been hitting his stride in recent years. This release for The Trilogy Tapes serves as yet another confirmation of this fact, dealing as it does in the kind of screwy hardware house music we have come to expect from the Swedish sorcerer. “Beeps” is the most confrontational jam on the record with its garish monosynth leads and raw drum blasts, but then “LKF” happily sidles off into scuffed dub techno peppered with some unusual jabbering from Scott Young. “Medellin” meanwhile plots a more cohesive course into snaking deep house with sharp edges, glued together by some plush pad tones, leaving “Downer” free to thud away with a satisfying array of chimes and tones. Rich with personality and celebrating the weird, this is another prime example of why you should take notice of Samo DJ.
Listen/buy vinyl

Having dwelt in the uneasy bosom of the D.A.R.F.D.H.S crew from the Northern Electronics quarter, it’s not hard to surmise that Michel Isorinne’s disposition is an icy, subdued one. Following albums for MIXED-UP and singles for Field and others, the cold-chilling producer moves over to Yerevan Tapes to indulge in four tracks of highly immersive, richly layered ambient music from the edge of the world. There’s a yearning sadness at the heart of “Each Onto Each”, the plaintive keys rubbing up against the yowling bass emitting from a monosynth in a bittersweet reverie, but from there the EP plunges farther out into the tundra with the forlorn “Closing Window To The East” in all its blustering glory. “Gate Of Sleep” is a more intimate affair, but no less frostbitten in its demeanour, while “Shrine Of Vice” revels in a more textural palette. Diverse and expressive while remaining stylistically cohesive, this is a powerful release for the ever-developing Isorinne.
Listen/buy vinyl

Twilight Circus – Why Can’t We Be Friends? (ZamZam Sounds)

Ever on point with the most vital modern manifestations of classic dub sounds, ZamZam come up with the goods once more as they reach out to Canadian-born, Netherlands-based powerhouse Twilight Circus – aka producer Ryan Moore – fresh from his appearance on kindred spirits Peng Sound. “Why Can’t We Be Friends?” comes bolstered with a powerful vocal from Big Youth, whose hopeful vocal cries out against industrial strength splashes of drums and submerged organ grind that feels aligned to the Rhythm & Sound philosophy of reduction. It’s an unrelenting, heavy hitting jam and the dub on the flip is no slouch either, putting the vocal to one side to focus on the riddim to devastating effect. If you need proof that there’s still creative lifeblood in the field of classic dub, then this is a highly recommended port of call.
Listen/buy vinyl

Mount Liberation Unlimited – (Eerie) For Your Love (Beats In Space)

Fresh from noted turns on Junk Yard Connections and Superconscious, dynamic duo Mount Liberation Unlimited bring an effervescent brand of hardware house music to Tim Sweeney’s Beats In Space empire with this two-track 12”. This is a pair unafraid to grab hold of bold, bright melodic lines and match them with bombastic drums in a manner that makes the music positively leap out of the speakers. The title track in particular comes on large, its clamouring drum set displaying plenty of rapid fire Roland attitude while the leads are so bright they might well burn your retinas. “Maiden Voyage” keeps the energy levels up with aplomb, taking a more emotive approach but maintaining the focus on inter-playing synths with a live feel to them. Rather than opting for any kind of feigned mystery or cool-for-school attitude, this is highly emotional, upbeat dance music with its heart well and truly on its sleeve.
Listen/buy vinyl 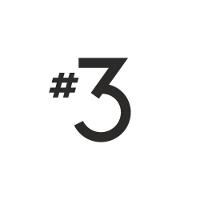 The Nous catalogue has expanded rapidly in a short space of time, and now counts a whole host of high-grade leftfield house practitioners amongst its associates. Beyond the Call Supers, Karen Gwyers et al, the label has displayed a keen instinct for lesser known names that still fit snugly into the woozy aesthetic the label seems inclined towards. On this new collection of fresh talents, the sound is indeed resoundingly Nous-like, especially when you listen to the laid back yet peppy groove of Mutual Attraction’s “Track 2”. The leads glimmer like street lights on jet black cars, the bass funks like the sound creeping under the door of a late night watering hole. The nocturnal mood lingers on the work from Breakin Moves and Moodcut amongst others, but not without notable variations on the theme. Focused in its demeanour and yet packed with richly individual tracks, this is a compilation worth gripping for spinners and listeners alike.
Listen/buy vinyl 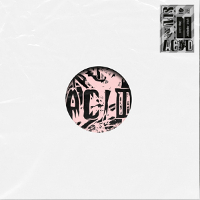 Zane Reynolds continues to turn out impressive wares wherever he roams on his electronic adventures as SFV Acid, shirking the expected reliance on 303-baiting rave nonsense to instead conjure up a plush, expressive brand of electro rich in detail and fresh in attitude. On this two-pronged release, the 12” is given over to slightly darker, tougher material that peaks with the wondrous “STWF”, a revelation of sinister composition and crafty programming. There’s also space for some experimental fare as on “Dickinsdontlie”, but the real treats are saved for the Jazzchamber 10”. “Free Way” takes a beautiful, laid back drive on sun kissed highways with its laid back house mood being buffeted along by the most luxuriant synth parts. “CG Funk” is worth a mention too, bringing a boogie flex to the kind of refined grooves you would expect to find on a label like Real Soon. Astoundingly fresh jams.
Listen/buy vinyl