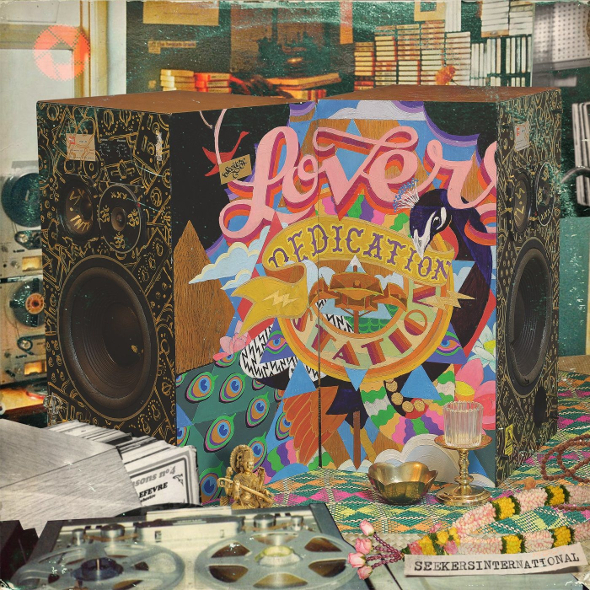 The mystical dub collective known as Seekersinternational first slipped on our radar with the impressive Rootprinciple cassette for Bristol’s No Corner back in 2014, opening our collective senses to a prolific act that has been proliferating their own blunted, hazy brand of lover’s rock as far back as 2008. In the eight years the Vancouver-based Seekers have been active, their music has surfaced in various formats and caught the eye of Brad Rose’s on-point (and seemingly now-defunct) Digitalis Recordings. Last year saw emergent South London label Bokeh Versions – do check their monthly show on NTS – add to the Seekers myth with their debut vinyl release, the TrustInDigikal / IfUWantMe 7″, which was mooted as a taster for a forthcoming album.

Next month sees that promised album arrive in the form of LoversDedicationStation, a thirteen-track collection that should act as a perfect primer for anyone not familiar with the distinct Seekersinternational sound. “If/when Dennis Bovell gets behind the controls for Brainfeeder, LoversDedicationStation will be the result,” so say Bokeh Versions in a rather apt summation of the upcoming album which you can stream in full below.