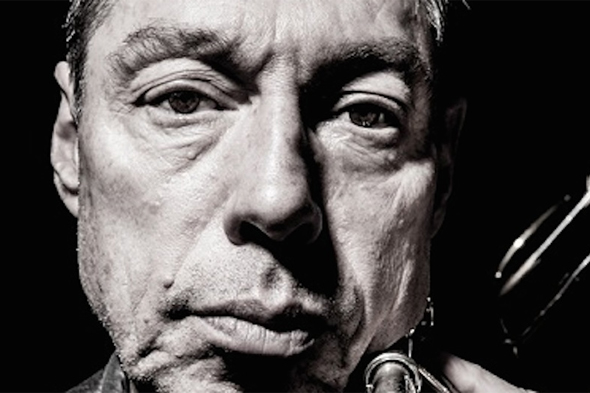 Take a listen to a new piece from the upcoming album on Optimo Music by Arthur Russell’s preferred trombonist.

Some players have such an intrinsic connection to their instrument of choice that you can identify them from a single note. Peter Zummo has certainly been transmitting distinctive frequencies from his weapon of choice – the trombone – for many a year, and any of the legions of party people that have found themselves hooked on the seminal sound of Dinosaur L’s “Go Bang!” will know the sound of his playing when they hear it. Of course the frequent Arthur Russell collaborator has had many more projects and achievements over his many years of active artistry. Foom reissued his 1985 album Lateral Pass in 2014, while Optimo Music dipped into his considerable back catalogue to revive Zummo With An X back in 2012.

Now Zummo presents some new material by way of Optimo, comprised of recordings from different sessions that feature a series of variations on the central piece, “The Tape Is Chill”. As Zummo himself explains, “from track to track, I selected segments in which one player or another is featured in the take. Some may think that we musicians do multiple takes to get the perfect performance, but I like to find the special interactions lurking in each excursion.” Dress Code (Don’t Look At My Car) is an eight-track, 30-minute affair that will be out in September, and you can listen to the lead track “The Tape Is Chill” below.