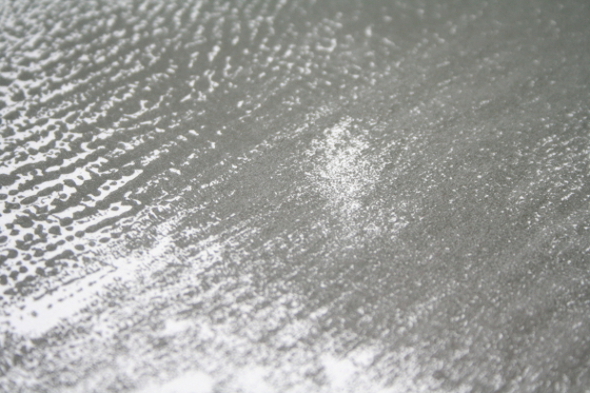 Electronic music’s brief history is full of entertaining myths and urban legends. From the one about Derrick May sitting in his apartment naked in tears after writing Strings of Life to the one about Aphex Twin playing a piece of sandpaper in a DJ set, the music’s largely instrumental, abstract structure requires additional story-telling to provide some background. 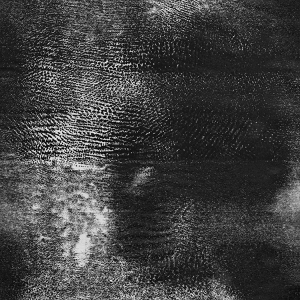 The latest addition to the list of curiosities is Abul Mogard. Supposedly a retired factory worker from Serbia, he is now using modular synths to reproduce the noise and machine-harmonics of his former workplace. It’s a wonderful story and even if it isn’t true, it doesn’t detract from brilliance of this collection, culled from two previous cassette releases. That said, “Drooping Off” does replicate the hum and drone of an old production machine –  the fact that it takes a minute or two to properly get into gear makes it sound all the more convincing.

To describe Works as merely the sound of a factory, however, would be to do it a disservice, as it shows that Mogard’s productions work on a number of different dimensions. “Despite Faith” and “Post-Crisis Remeberance” are majestic, textured compositions that gradually build to a dramatic climax in a similar manner to Alessandro Cortini’s modular work, while “Tumbling Relentless Heaps” revolves around a primal rhythmic rumble and layers of high-frequency interference. In stark contrast is “Airless Linger”, which is bereft of drones or noise, replaced by a dark ambience that has echoes of Biosphere.

Most impressively, there’s “The Purpose of Peace”. With its glorious, atmospheric synths escaping from a wave of crackling drones, it could easily pass for a film soundtrack piece (it does have a curious resemblance to the music in a scene from Heat where de Niro’s character opens up to his girlfriend). After grafting in a factory and creating sublime electronic music, Hollywood could well be Mogard’s next unlikely career move.

A1. Despite Faith
A2. Drooping Off
A3. The Purpose Of Peace
B1. Post-crisis Remembrance
B2. Tumbling Relentless Heaps
B3. Airless Linger
C1. The Sky Had Vanished
C2. Desires Are Reminiscences By Now
D. Staring At The Sweeps Of The Desert