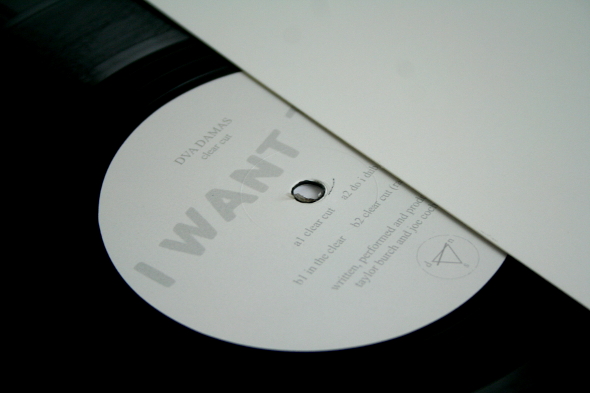 Taylor Burch and Joe Cocherell’s association with Downwards goes back to 2010, when Regis’ label was undergoing a period of transition. At that time, it was issuing retrospectives of its owner’s work while simultaneously embracing the emerging post-punk/ industrial strain of underground electronic music, typified by Tropic of Cancer, Six Six Seconds, The KVB and DVA Damas themselves. 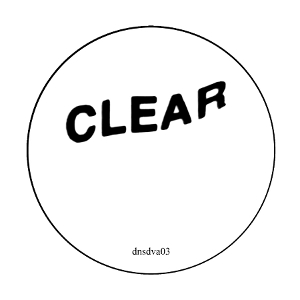 Fast forward six years and this Clear Cut 12″ makes it clear that there has been a sea change in Burch and Cocherell’s creative approach. Maybe it’s down to Cocherell casting his gaze back to the linear techno of his Frozen Border releases or the pair being cognisant of the need for wave/ industrial influences to be balanced with dance floor demands as Silent Servant or Broken English Club have down so effectively.

Whatever the explanation, the title track on this new EP features tight drum patterns and reverberated claps providing the backing for Burch’s trademark vocal delivery. Even the accompanying guitar riffs sound mechanical, played with robotic precision rather than an error-prone human hand. Clocking in at ten minutes, DVA Damas leave enough time and space in the arrangement for DJs to get busy.

“Do I Dub” sounds like a slowed down three-minute sliced from the title track, while on “In The Clear”, the pair veer back towards the dance floor. Again, tight percussion, insistent rhythmic pulses and tough drums provide the basis for elements that are characteristic of DVA Damas, including Burch’s teased out vocal performance and angular guitar riffs.

Closing out the EP is the radio edit of the title track. It’s a struggle to imagine daytime radio picking up on this record, but for those broadcasters on the fringes, this version is more upbeat and even relatively catchy. Balancing all of these interests is a difficult feat, but on Clear Cut, DVA Damas achieve it with poise and flair.