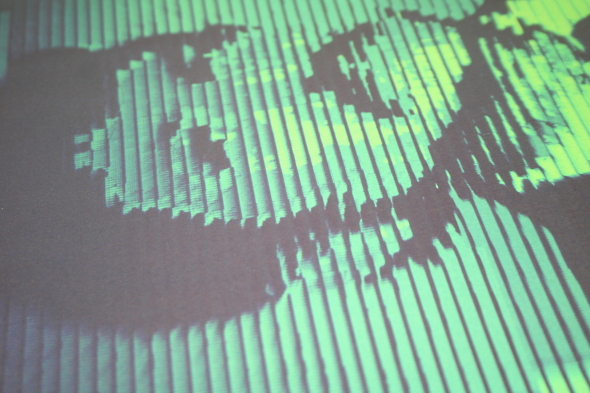 As the final edition of Croatia’s Garden Festival sped to towards its conclusion last summer, [Emotional] Especial boss Stuart “Chuggy” Leath and Phillip Lauer found themselves getting acquainted over a beer or two. Several chilled cans and much mutual ego-stroking later, they began to hatch a plan to bring Hotel Lauer – the Frankfurt man’s occasional collaboration with brother Jacob – to the label. Leath was clear about what he wanted: typically loved-up Lauer music that included some of the new wave, proto-house and psychedelic influences he’d been exploring since the label’s launch back in 2013. 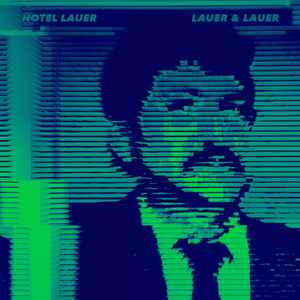 The four tracks that make up Lauer & Lauer, then, were always designed with [Emotional] Especial in mind. Really, though, Leath wasn’t asking the German brothers to alter their trademark sound all that much; listen to their previous EPs for Live At Robert Johnson and, mostly recently, Kitjen, and you’ll find positive, tactile, ear-pleasing music that variously touches on acid house, electro, synthesizer disco, and the kind of clanking drum machine rhythms that recall the formative years of both Chicago house and disco. Sure, they’ve always tended to make music that’s almost overwhelmingly cheery and melodious, but then their records are generally designed to soundtrack chemically enhanced “moments” in sunnier settings than the concrete-clad modernist surrounds of their home city of Frankfurt.

Fundamentally, Leath seems to have wanted a little more grit and druggy intensity to counteract their passion for life-affirming melodies; on Lauer & Lauer, they seem to have delivered this. Take gargantuan opener “Tamzarian”, for example. While it boasts thumping drum machine hits and hands-aloft piano lines, there are also lysergic acid lines, trippy synth motifs, and the kind of weird electronic noises you’d expect on one of Andrew Weatherall’s Asphodells outings alongside Timothy J Fairplay.

The distinctive sound of the Roland TB-303 is a recurring theme throughout Lauer & Lauer. It winds around chunky TR-909 drums, squidgy bass and tumbling synthesizer lines on “Perry Patch”, before letting the duo’s twittering new age melody lines take over. Arguably, these sharp and psychedelic elements could have been pushed more to the fore, though it’s a difficult balance to strike.

Interestingly, the EP’s two most intriguing moments are those that take the Lauer brothers further away from their comfort zone. Exhibit A is “Sanger”, which draws clear inspiration from the mind-altering blends of new wave and cosmic disco that slip out on [Emotional] Especial on a regular basis. Sure, its’ synthesizer lines seem to keep rising until the track reaches a strangely melancholic conclusion, but the duo’s instincts are kept in check by clattering machine drums and the kind of bubbling electronics once found on early ‘90s intelligent techno records.

The EP’s most overtly ‘un-Lauer’ moment, “Klutzny”, is also arguably its’ finest. The track is built around a punchy, early ‘80s electro rhythm, buzzing synthesizer arpeggios, ghostly noises and cascading, minimal wave melodies. Sure, its’ shot through with positivity, but also hugely stylish and undeniably off-kilter. Like something you may have heard on the flipside of a particular obscure Factory Records release, it fits Leath’s label template perfectly.