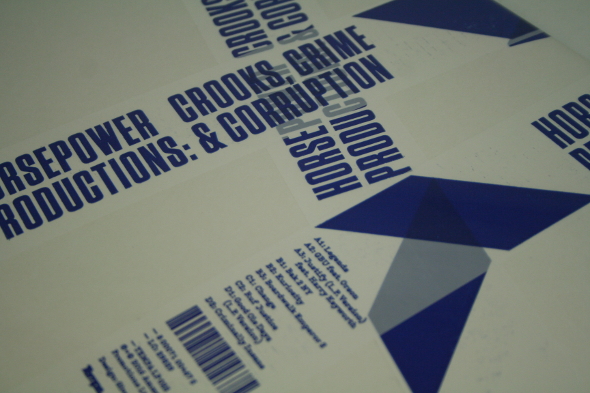 Horsepower Productions are widely thought to have played the biggest part in the creation of dubstep. It’s always been a difficult fact to take in properly, in that their ramshackle dub-garage constructions from the early noughties, imbued with the sample sense of classic hip hop, was and still is so unique. Rhythm exercises like “Fat Larry’s Skank” had a lean, strident momentum in the dialogue between beat and sub bass, while the macro format of each song had a meandering quality unheard of in garage, with spliffed-out non-sequiturs and stop-start distraction. 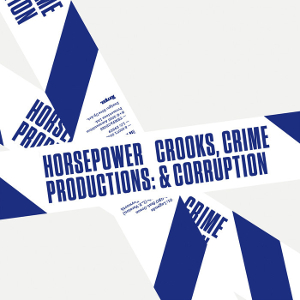 Their last album, Quest for the Sonic Bounty, presented an update of their style that was more in tune with the well-established sound of dubstep at the time, 2010. Technically and aesthetically strong, the album was a confident, cohesive collection of solid, dubby halfstep and weighty 2-step rollers, with the superbly confident sampling techniques (snippets drawn from Westerns, Kung-Fu films and b-movies) that they made their name with. However there was a sense of disappointment when placed alongside the ease and oddity of their foundational work. Generic drum patterns and Skream-esque LFO bass grinds and wobbles seemed beneath them – not because they weren’t deployed effectively, but because they’d deftly sketched these tropes, alongside El-B, before the rest of the pack; it seemed an unnecessary and even regressive trope for them.

Also, there was an absence of the muggy haze of early Horsepower material that melded their rhythms together, creating an otherworldly feeling that tracks were emerging fully formed from the depths. Even the most effective ones, like “18th Special”, sounded too much like they were assembled from a sample pack, rather than buried in a uniting layer of atmosphere, as if they’d lost the strange, intuitive cohesion that knits their classic sound together. While often done competently and effectively, it was as though they had slipped back to become peers of those they’d previously influenced from a commanding position of authority. There was nothing new, and they were victims of the startling originality they’d announced themselves with; they were making to measure rather than designing afresh.

If that seems like a lot of criticism, it’s only due to the magisterial position of the group in the genesis of so much important club music. And, truthfully, it’s hard to say where they should have gone with their comeback. Nearly six years later, Crooks, Crime & Corruption embraces freedom from stylistic single-mindedness, and what results is satisfyingly closer to the group’s original ideology, while sonically diverse and unprecedented. They seem much less concerned about deviating from the destiny they created for themselves, and it’s as if their lack of concern about staying true to their origins has let them create an album that actually feels far more so.

There is a kind of glory when you feel like you’re listening to the crew you remember; “Kuriosity” is one of those moments, and a righteous feeling of rhythmic victory emerges; the percussive traits of bumpy 90s garage are replicated in a huffing cymbal rhythm, connecting with under-the-breath blares of bass and topped with snare drum fills that fire the brain with effortless, inimitable funk. There’s a body-curling rhythmic intuition here that makes you rejoice at their continued ability to swing. Another highlight, though not at all new, is an album edit of their 2011 single “Justify”, which remains one of the strongest offerings here; ascendant Welsh singer-guitarist Harry Keyworth’s languid, sun-drenched slide guitar simmers among neck-jerking flurries of kick drums and face smacking snares.

“Bak 2 NY” has a hint of fellow Tempa old hand Zinc, in his bolshy house phase, it’s a new feeling for Horsepower Productions, with a friendlier, major-key atmosphere than what they’re known for. As a result, it doesn’t quite feel like them, but the contemporary sounding finger-stretching bass and skipping snares are not unwelcome at all – just unfamiliar. “Change” is a classic styled dubstep track in the vein of Kromestar, Random Trio and Mala; it’s dubstep at its most even and regular, and makes a strong show of an old trick.

“Ruf Justice”, then, is at the other end of that spectrum, with a touch of early Big Apple tracks by Loefah, Skream and Benga – distended beats, head fucking synths, scraping textures and a general sense of unease and paranoia – taken to extremes with the combined bursts of siren and automatic gunfire. The darkness still seems to be filling the air in the intro to “Good Ole Dayz (LP version)”, a re-edit of the b-side of that 2011 plate, which again beats most of the album’s new material. The album finishes up with a curveball – a ten-minute ‘ardkore drum workout of chopped breaks, gaseous filters and horror movie strings. Horsepower Productions’ sampling ethos works brilliantly in this style, so it’s surprising they haven’t released 170 bpm material in the past. The lowest point on the album is the throbbing, stepping halfstep of “Boardwalk Emperor 2”; it feels rigid and brittle, and the samples don’t sit well in the mix. It’s a failed attempt to bring back the vibe of the old tracks, but it’s an anomaly here.

It’s going to be hard for Horsepower Productions to ever escape the shadow of their early work, and the second problem is that even the 2011-era tracks here mostly outshine the newer stuff.  But overall it’s a strong album, and the new range of moods and tempos feels confidently pulled off. In a way, the slowdown from the UK garage style was predictable; one of my favourite tracks by the group has always been “Classic Deluxe (Part 2)”, where they displayed their melodic, syncopated house flair with huge success. I look forward to this new incarnation of the group continuing to move into new areas, as long as they don’t lose touch with what we love them for.