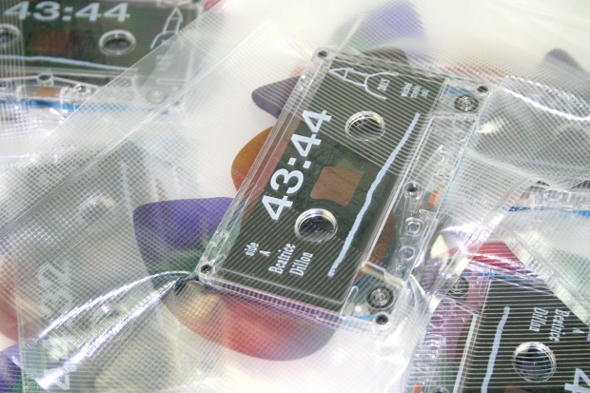 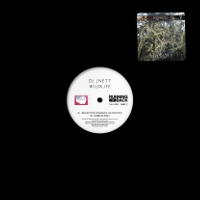 Running Back’s output seems to be as freewheeling as the DJing style of founder Gerd Janson these days, but the label’s relationship with Maurice Fulton offers a real beacon of consistency. The latest Bubbletease transmission to make the transfer to vinyl via Running Back introduces DJ Jnett, aka long-standing Melbourne selector and producer Janette Pitruzzello. Do some research and you’ll see Pitruzzello has been putting in two decades behind the decks in Melbourne but there is barely any productions out there accredited to her. A brief round of applause then to Fulton for coaxing her into the studio for this delightful Wildlife 12”. It transpires the pair go way back, becoming friends whilst Fulton was living in Melbourne and chanced upon Pitruzzello’s radio show. In town last October to play a club alongside Pitruzzello, Fulton convinced her to collaborate and spent some time at Melbourne’s Bent St Studios. The resultant four tracks offer everything you want in a 12”, pairing up the immediacy of the A-side with the stranger sounds to be found on the flip.
Listen/buy vinyl 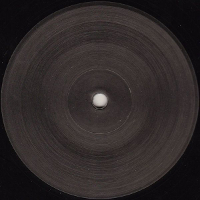 The man affectionately referred to as Ridders at Juno Plus HQ marks his second appearance on Berceuse Heroique division Ancient Monarchy with Travelling Without Moving. Depending on your opinion of Jamiroquai, you will either be thrilled or disappointed to learn the title cut is not a cover version of the band fronted by a certain mouthy imp with a penchant for expensive motors. Instead it falls neatly in line with the type of syncopated and serrated rolling techno Rhythmic Theory has been excelling at over the course of releases for Idle Hands, A14 and his own eponymous label. There are also two beatless tracks here to contend with, hinting at the different sounds we can expect when the potentially excellent debut album from Rhythmic Theory drops on the good ship Idle Hands in a few weeks’ time.
Listen/buy vinyl 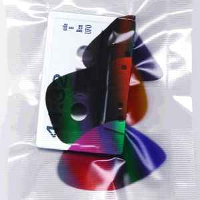 A rare appearance for a tape within the confines of this column is made as Dutch platform Wichelroede kick off their physical mix series in consummate fashion with this split affair from Ben UFO and Beatrice Dillon. The more feverish spool enthusiasts out there will probably have already scooped this tape and pondered just how to extricate it without ruining the vacuum sealed packaging – pro tip: our editor went right in with a pair of scissors without a second’s thought. The notion of picking up their mix series in a tangible way was discussed by Wichelroede pair Gerben and Fallon in a feature we ran on them back in 2014 and the wait has been worth it. For his selection, Hessle Audio man Ben UFO proves just how adept he has become at weaving together “fast but spacious, weirder techno” – there is a very good reason he gets voted in the upper echelons of all those DJ polls! Kicking off with the flotation tank vibes of Slow Riffs, Beatrice Dillon opts for a more diverse approach which proves her selecting is just as engaging as her productions.
Listen/buy vinyl 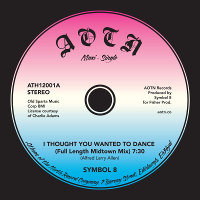 Founded just over two years ago, DJ Fryer’s Athens of the North could arguably be dubbed the ‘Dark Entries of the funk, soul and disco reissue trail’. Much like Josh Cheon’s label, a new week seems to bring ever more archival gems bearing the AOTN logo across the 45 and LP formats, suggesting Fryer has got some serious full-time help in the licensing department. There was a discernible spike the number of fresh Athens of the North arrivals this week, and nestled snugly amidst them all was the label’s first 12” release. The honour of gracing this record goes to Symbol 8’s disco burner “I Thought You Wanted To Dance,” which was originally released back in the late ‘70s on a Midtown Records 45. The track has been licensed for a few official mix CDs over the years but has never seen an official reissue until now. Props to DJ Fryer for scoring both the previously unreleased 7-minute Full Midtown version and the alternate Shock version that System 8 later recorded.
Listen/buy vinyl 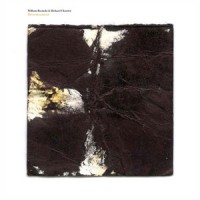 When it comes to classical, only a handful of avant-garde composers – like Philip Glass, Steve Reich to John Cage and Karlheinz Stockhausen – have been so warmly appreciated by electronic music as William Basinski; Disintegration Loops of course his synonymous masterpiece. For more than a decade, Richard Chartier has on occasion collaborated with Basinksi for labels like Tokyo’s Spekk and Chartier’s 12k affiliated Line, with the pair now surfacing on Massachusetts podium Important Records. Said to utilise electronics, piano, tape-loops and short wave radio, Divertissement presents two 20-minute compositions of cool, haunting and melancholic sound design engulfed in uber deep atmospheres, static energies and subtle naturalistic soundscapes that are washed away by cathedral-sized reverb. Enough said.
Listen/buy vinyl 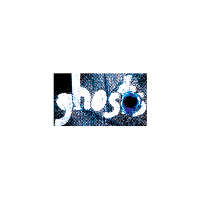 Last seen looking bored in front of an Alice in Wonderland mural, James Donadio brings his Prostitutes alias back to Spectrum Spools with a new album following 2014’s Petite Cochon. In fact, Ghost Detergent is Donadio’s fifth LP in six years. As we reported, this album’s ten tracks were conceived, recorded and mixed by Donadio in 2014 but really it sounds as if that process took place a solid 30 years ago. Indeed, you’ll find prototypical techno and the linear sound of sequenced electronica harking back to the days of Bunker squat parties or the rawest of late-‘80s Chicago house/Detroit techno. Basic drum tracks don’t really get as regimented as album closer “Served On The Floor” while the opening “Nerva & Gall” is a fine example of how primordial Donadio can get.
Listen/buy vinyl 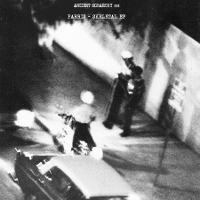 Bassline of the year goes too: Parris. With loose, clacking percussion reminiscent of that post-dubstep sound, “Skeletal” bottoms out hard in a track that will confuse any BPM counter and blow speaker cones the world over. Rightly so it takes up the B-side of the Soundman Chronicles founder’s debut on Berceuse Heroique sub-label Ancient Monarchy. It follows his equally impressive debut on Idle Hands earlier this year and Parris is quickly proving to be one of the freshest minds in the realm of bass music right now. Lead cut “Bloom” is a little more playful with colourful zaps of synths and delay techniques giving the track an exotic vibe, while “South East Of The Mountain” is stripped-back African-influenced minimalism for a street carnival’s crepuscular hours.
Listen/buy vinyl 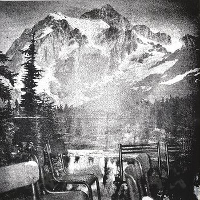 Melbourne curio Kane Ikin arguably provides French label Latency with his best work yet, Basalt Crush. Austere and emotionally stricken, Ikin has crafted five pieces that take in destitute turns of gamelan percussion in “Echoic” alongside the deathly wind chime sounds, avant garde classical and fizzing industrial noise of “Autophasic”. Dank slo-mo techno rears its head in “Gestalt” with rhythms reaching more of a dancefloor tempo in the halogen glow of “Street Flare”, an EP highlight, while “Grid” is as insect digging as anything Japan’s Ena could produce. If there’s a time to recognise the talents of Ikin it’s now, so after this make your way over to the LP he just released on Type, Modern Pressure.
Listen/buy vinyl

As it transpires, this 2009 album was the result of a freak snowstorm in Ohio which in a wintry twist of fate landed Aaron Dilloway in Robert Turman’s home studio – and what better inspiration to make an album than a blizzard outside (and some kosmische). As you can imagine the music is icy, desolate and in parts despairing, none more than the cinematic wail of the bohemian pan pipes of “Track 1”. Originally given a CD and digital release on Dilloway’s own Hanson Records, obscure Brooklyn label Fabrica has now given the four-track album a deserved vinyl reissue, with Stereophonic Mastering’s Timothy Stollenwerk snap freezing the sounds once again for that extra bite, with “Track 3” seriously menacing stuff.
Listen/buy vinyl 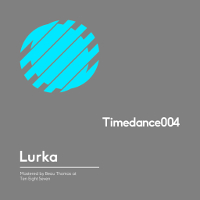 After giving the sounds of Metrist’s L.SAE alias a platform to rise on Timedance, Batu’s label now opens its doors to a most recognised producer in Hotline Recordings and Black Acre head Lurka. The two have been in cahoots of late with a fresh studio collaboration inaugurating Lurka’s newly established Fringe White label while Batu himself has been earning props across the internet for his constant of stream UK-flavoured techno hits surfing the slipstream created by Livity Sound. Batu, however, is making out roads of his own with Lurka paving something of a new path that further bridges the gap between what’s considered techno and frenetic UK bass music even if the tempos are around 120bpm and slower. “Beater” is an apt description for this heavy piece of future primitive drum programming while “Density” works the reverb and delay in a track not too dissimilar from Asusu’s killer cut “Serra”.
Listen/buy vinyl