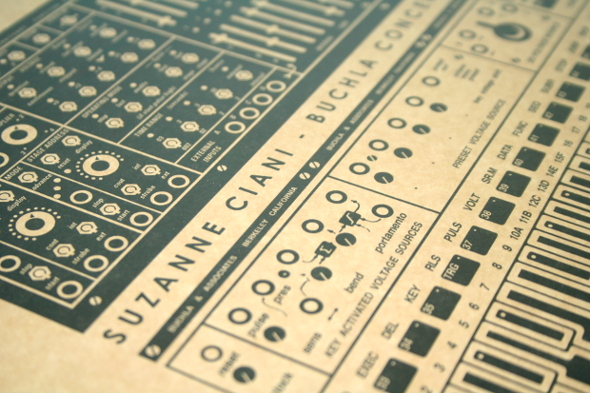 We are firm fans of ‘90s Sylvester Stallone vehicles such as Tango & Cash, Demolition Man and Cliffhanger here at Juno Plus so the notion of a musician adopting his surname was always going to pique our interest. More so when his debut release is ushered forward by Fit Sound’s charmingly esoteric Est. 83 division. It turns out Stallone The Reducer has been ever-present in Detroit’s local music scene for some time in one iteration or another – with his prior participation in ADULT. perhaps the most widely known. Some light perusing of the internet reveals Stallone has been reducing it under his current name for at least two years but the Drug Pusher 12” represents his debut proper and it will certainly appeal to anyone that has been impressed by the haywire machine dabbling of Beau Wanzer and Maoupa Mazzocchetti. Expect further reductions from Stallone on Est. 83 as the year progresses.
Listen/buy vinyl 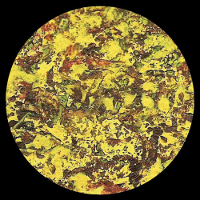 Chairmen of the board for the International Breakbeat Appreciation Society, Dario and Marko Zenker, call on one of their most trusted members in Stenny who returns for his now-annual appearance on Ilian Tape. Those pining for the Shedding The Past-era René Pawlowitz will probably break down with tears of joy when they hear Consume IV which finds Stenny channelling the Shed vibe good and proper over a quartet of cuts. The foundations at Juno HQ are pretty strong, but we felt the walls around the Juno Plus island of desks shaking when the A-side to this 12” was pounding out of the office stereo. Ilian Tape has been on a fair roll for a while but add this to the Skee Mask LP and the Djrum and Struction split 12” and 2016 is shaping up to be the label’s best year yet.
Listen/buy vinyl

Representatives from Juno Plus were present in a North London warehouse to see Karen Gwyer lay waste to the dancefloor over 90 minutes with an improvised set of techno at a recent Don’t Be Afraid rave and we are happy to see her debut on the label is just as satisfying. Few other artists can touch Gwyer when it comes to combining mind-warping, strung out techno with deliciously humorous track titles it seems and “Mom Did It On The Plane” is the latest example. At just over six minutes long, it’s quite short by Gwyer’s standards but she does have to share space with Raven Cru so she makes it count! Speaking of Raven Cru, less talk about who they are and more talk about the music as “Peeches” is a delightful little forage through the depths of sub bass that defies easy categorisation. A debut for Bosconi’s Dukwa on the flip with the delay-laden machine crunch of “Sixty Five” is balanced out by the reappearance of Phillip K. Dick fan Lily.
Listen/buy vinyl

Those of you out there who missed out on the two editions Vinyl on Demand released of their extensive 7LP John Bender boxset can write a postcard of thanks and send it in the direction of Superior Viaduct’s San Francisco office. That’s right, the West Coast archivalists have come through with this superb deluxe reissue of John Bender’s debut album, I Don’t Remember Now / I Don’t Want To Talk About It. Liner notes written by Bender himself (and printed type-writer style on paper) reveal the music here was made with little more than a “confluence of Yamaha cassette recorder, ARP 2600, ARP sequencer, EML 400/401, Korg PS-3100 and loneliness.” These seven tracks are boiled down from a prolific two years of recording by Bender and act as a fascinating experiment in compositional freedom from an individual who claims not to be a musician. A must for anyone with an interest in the vast pool of minimal lo-fi electronics from the early-‘80s.
Listen/buy vinyl

Stefan ‘Harmonious Thelonius’ Schwander, Mark Matter and Florian ‘Don’t DJ’ Meyer, aka The Durian Brothers, meet the psychedelic French sounds of Maxime Primault’s High Wolf project. Together their oddball, electro-acoustic rhythm and beats make a whole on this Split EP for Diskant, a label with close ties to Düsseldorf venue Salon des Amateurs. It’s the type of music, given the right tipping point, that could send the place into an arty mayhem if the electro swinging canter of The Durian Brothers’ “Mathemanique” is anything to go by, but for a less comedic alternative, check out the dishevelled minimal techno of “Flustertute”. Tropical vibes abound on High Wolf’s “ARA13” with an undeniable arpeggio stealing the show on “Theorem 86″.
Listen/buy vinyl

Roll over Mike Dehnert, Randomer now crowns Clone Basement Series. Following a tidy Machine Love feature on RA, Rohan Walder’s production panache breaks through even heavier on this releases, making his Stupid Things I Do 12” from 2014 sound like tribal tech house in comparison. Concierge marks Randomer’s third record in the basement following last year’s collaboration with Cadans, and it precedes Aleksi Perälä’s surprise 3xLP the label plans to release. Concierge, however, delivers the best sounding drums since Literon’s “Freak Function” on B-side “Woodwork”, with both tracks a reminder to European techno producers that UK techno has balls, and is probably made in urban camos.
Listen/buy vinyl

Considering Belgian label WéMè Records has a slight penchant for releasing film soundtracks (none more scary than Valhalla Rising) Der Zyklus’ Renormalon album – the project’s first in over a decade – sounds harrowing enough to match Andrei Tarkovsky’s Stalker. Its inspiration however stems from quantum field theories, no less, and although it’s by and large a beatless LP, Gerald Donald’s electro pulses are enough to not need them. The releases sees Donald’s relationship with WéMè strengthen even more following his Krypton 84 12” from 2012 and his Heinrich Mueller production “Drone FX” which made its way to a split release with  DJ Stingray called Drexciyan Connection. Once you make your way out of these cold, sci-fi sounds we recommend you make your way over to CN’s The Derelict, also released by WéMè.
Listen/buy vinyl

Why get excited about modular synthesisers these days when there’s Bulcha synths to talk about. Anthony Child has done his part to popularise the famous instrument of late, while last year’s Five Steps album of solely Buchla noodling by Jonathan Fitoussi & Clemens Hourriere is a must listen. But let’s go back, not as far as Morton Subotnick’s pioneering 1967 Silver Apples Of The Moon LP, but Phil Niblock’s loft in 1975. Andy Votel and Doug Shipton’s Finder’s Keeper’s have committed that 20-minute Suzanne Ciani performance from that space to vinyl which showcases just how trailblazing Ciani was in experimenting with new-found synthesiser music, while the equally long A-side takes in a recording from WBAI Free Music Store that’s futuristic and mind-bending, while remaining classically inclined, as anything perceivably possible today.
Listen/buy vinyl