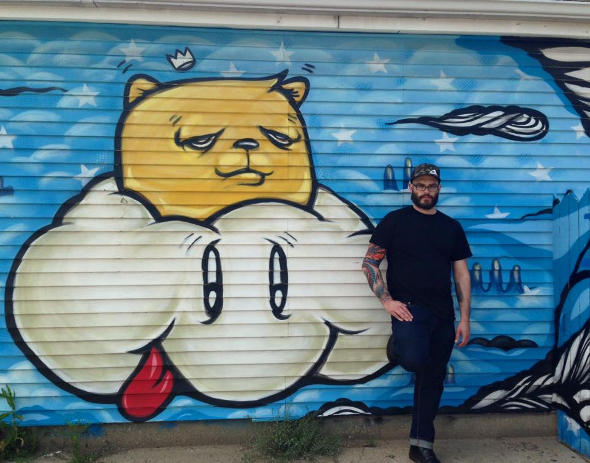 “If you need a good pull quote, how about, ‘superb tech house fueled cuts that will surely get the floors pumping’?” That’s what Area told Oli Warwick when he was quizzed about the sound of his new Tesuji sister label he set up following the gradual proliferation of Kimochi Sound. The label’s first single earlier this year came from Area himself with a Genesis Chamber Beats remix by Donato Dozzy, and with the label now reaching its second release thanks to Zachary Lubin. The Chicago artist (pictured above) is a Kimochi mainstay, friend of UntilMyHeartStops and graduate of Jeff Mills’ exploratory 6277 label – Tesuji’s frame for releasing 12″ singles with remixes is becoming all the more defined.

Taking the title Sexx Edit, the two track 12″ does do Area’s quote justice with the eerie mechanical stomp of Lubin’s original offset by a Detroit-tipped remix of banging deep house from UK veteran Paul Mac under his Jorge Zamacona alias. Stream both tracks in full below.