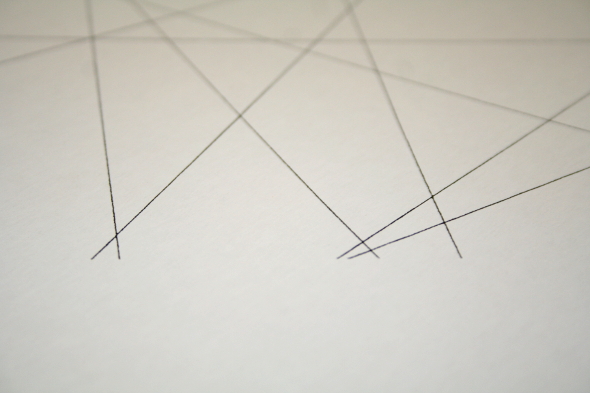 For an act that took four years to follow up its debut, the past few months have represented a veritable purple patch of creativity for Lost Trax. The collective, who want to remain in the shadows and let their music talking – unlike those who wear masks, hand stamp their records and make a media-friendly nod towards being anonymous – have just issued their second record in six months. Flatliner arrives on Shipwrec, a Dutch label that has done more than most to further underground electro, but which also provides a platform for left of centre techno from artists like Drvg Cvltvre. 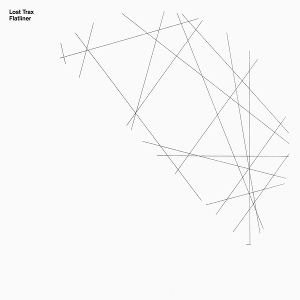 It’s this latter space that Lost Trax’s debut for the label inhabits, an interesting shift as its first two records – 2006’s Saturiun System and 2010’s Lost Trax 2 –  were benchmark electro records. In particular, Saturiun System sounded like a sequel to UR’s evergreen Final Frontier. “Faith” starts with a blast of dreamy synths, before reverberating claps and robust kicks provide the backdrop for a mesmerising acid segue. It’s the most dance floor friendly track that the collective has done to date.

The title track revolves around a similar premise; again, heavy thunder claps and a muddy bass underpin the sound of a northerly wind howling over early Plastikman-style reversed 303 lines. Still, the prospect of Lost Trax becoming a fully-fledged dance floor act seems remote. “Long Lost Version” is subdued ride through a world of gurgling tones and windswept sound scapes. Clocking in at 11 minutes, it’s a bit too long and becomes too repetitive towards the end. Nonetheless, it contains that beautifully melancholic sound that the project has become synonymous with.

On closing track “Renderer”, Lost Trax returns to the crisp electro drums that defined the Saturiun System release. Although the tempo this time is slower, it shows that the combination of 808s and angelic electronic melodies will never grow old.