The London producer’s debut album will arrive on his own Apron Records in June.

Steve Julien first surfaced back in 2009 under the name FunkinEven with one of the earliest releases on Sam Shepherd and Alex Nut’s Eglo Records, and went on to issue several more 12″s with them (including the classic Fatima collaboration “Phoneline”). In the midst of these Eglo releases, 2011 saw the dapper DJ and producer establish his own label, Apron Records, and it has gone on to become the main home for FunkinEven material. Along with aliases like St. Julien and collaborations with Shanti Celeste, Delroy Edwards, and Jay Daniel, FunkinEven has also used the label to introduce newcomers like Greg Beato, Brassfoot and Lord Tusk.

Initial details regarding a debut album from Julien were first revealed back in January and Apron have now further outlined what to expect. Due next month, Fallen is presented as a Steve Julien album with the twelve tracks apparently split into two contrasting chapters. A press release picks up the narrative slack, stating the “first six songs introduce us to utopia; a collection which is matched by the light and airy tones of this initial set. The twist comes right down the middle, where we descend into the project’s darker, hellish bogs.” You can stream two tracks from the first chapter of Fallen below for an idea of how the Steve Julien album is shaping up, whilst a recent interview in The Wire suggested the producer plans to focus on recording albums for the foreseeable future.

Apron Records will release Fallen by FunkinEven on June 17 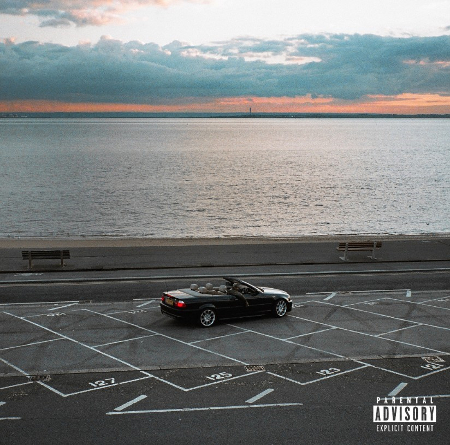