Logos, Iglew, Spooky and more contribute to the second split release from the grime collective.

Given the fact Boxed founders Slackk, Mr. Mitch, Oil Gang and Logos are each involved in the running of their own separate label operations, there was a sense of inevitability that the grime collective would end up expanding their remit to release music. What began with a series of digital releases canvassing the current wave of instrumental grime eventually became a physical concern late last year with the arrival of BOXED001, a split 12″ featuring Slackk, & Dullah Beats, Lloyd SB, Spokes and a Trends remix of Geenus grime classic “Old Skool 2”.

June will see Boxed offer up another 12″ snapshot of the sounds permeating their extended family of producers in the shape of BOXED002. Collective co-founder Logos (pictured above) leads the way with “Marked 4 Death Gunman,” which Boxed describe as a “hardcore-influenced twist on one of the classic grime templates and shares side A with Gobstopper affiliate Iglew. On the flip, Spooky & Edgem Records artist Boylan trace a line between South and East London on “Peckham to Hackney” whilst Oxford-based newcomer Jawside closes out the 12″ with hyper-effective angular dancefloor bomb “Blurred Rain.”

Boxed will release BOXED002 by Various Artists on June 8. 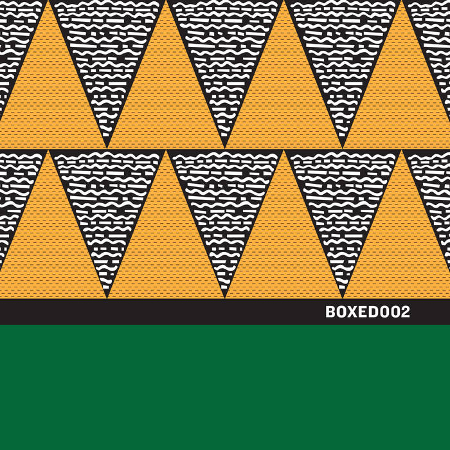