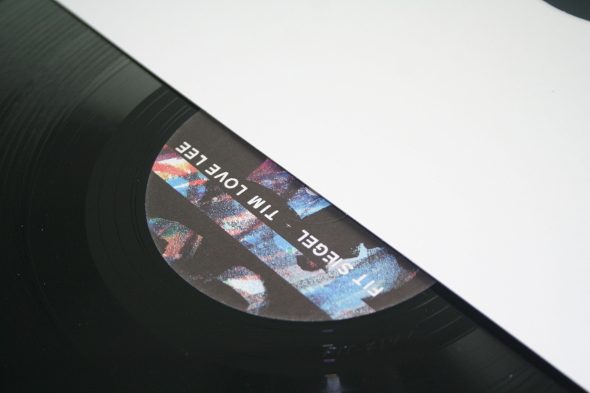 Here’s an unlikely pairing; Aaron ‘Fit’ Siegel and Tim ‘Love’ Lee. Siegel. The owner of Fit Sound, a distributor and DJ, represents the vibrant new house sound of Detroit, while Lee is a veteran of ‘90s UK dance music. Thankfully, the man who founded Tummy Touch has not remained rooted in the past and recently collaborated with Sex Tags man DJ Sotofett, while his connection to Siegel comes through Fit distributing Lee’s Peace Feast label in the States. 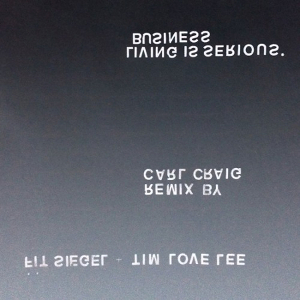 Living Is Serious Business is also an unexpected musical development. Unlike the fragile, melodic twists of “Carmine” or the tracky Detroit house groove of “First Found” on the flip side to that release, the title track opts for a maximalist, dramatic approach. Jittery, high-pitched keys nag and chatter over a thumping kick drum and a rumbling bass. The track then progresses to reveal the sound of thunder crashing over a mountain and, like the rainy aftermath of a sub-Saharan storm, balmy, warm synths bring the track to a close. It has the phrase ‘big room’ written all over it, and that’s meant as a compliment.

Who better then to rework a track of such grandeur than Carl Craig? The Detroit producer may have pursued a more mainstream direction lately, but he not lost his lustre as a remixer. Indeed, some of Craig’s creative highlights have been reached in this mode – who can forget his version of Maurizio’s “Domina” or his take on Incognito’s “Out of the Storm”?

For this version, he stays close to the original, but makes small changes. In his hands, the kicks are harder, the bass imbued with an acidic undercurrent and the synths more dramatic and less inviting. It’s not hard to imagine that both the original and Craig’s remix will reach people that previous Fit releases may not have, pushing the label and its owner towards mainstream recognition.