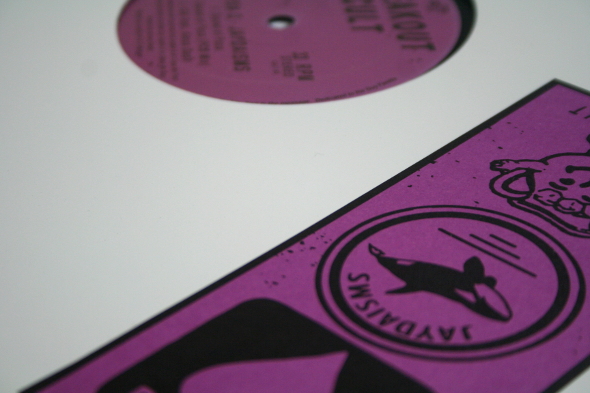 “Music has no boundaries. Music is the key, love is the message.” Those are the words of positivity spread around the inner sticker of Jayda G’s Jaydaisms, and these vibes permeate the music too. There has been a sense of expectation surrounding this debut solo record from Jayda for a number of reasons: she’s an excellent selector, hails from the hotbed that is Vancouver and has known associations with the Sex Tags crew. Such expectation is justified on the basis of the NYC Party Trax 12” from Jayda G and Fett Burger that announced their label Freakout Cult. For an artist who can turn his hands to any number of styles, NYC Party Trax found Fett Burger indulging in some surprisingly straightforward and catchy house music alongside Jayda G. 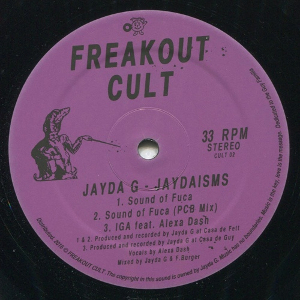 Jayda G offers plenty of evidence she can go down a similarly vibrant route on her own with this record. Despite containing some opening bars that sound as frustratingly hard to mix in as KWC 92’s “Missing,” B-side track, “Rishikesh” stands out as one of two personal highlights of this record. The track soon morphs into a production rife with life-affirming vibes, led by a beat with some satisfying heft to it. There are all manner of subtle shifts in rhythmic movement throughout, suggesting Jayda G already has a confidence that belies her relative inexperience. As with her Fett Burger collaborations, “Rishikesh” is a world away from staid instrumental loops, rather it’s the sound of Jayda G having plenty of fun with her chosen recording methods.

That’s apparent throughout, even if a more introspective side to Jayda G shapes much of the mood on Jaydaisms. It settles like a coat of dust over the opening track, “Sounds of Fuca,” and remains a key emotion to the accompanying PCB mix or the suitably hazy “Dreamstate”. If there was a time capsule buried to document the past few years of Vancouver music, any one of these tracks could nestle snugly in there.

Balancing out this is “IGA,” a track that makes this 12” truly special to these ears. Alexa Dash belting out “Suddenly” wakes you out of the meditative state those Sounds of Fuca coaxed you into like a harsh slap to the face after a few hours in an opium den. The joyful bashing of piano keys, deep bass tones, skittering house drums and claps all combine beneath Dash’s manipulated vocals which don’t really take any lyrical shape, more a positive affirmation music is the key. For whatever reason Jayda and Dash chose to retain some studio chatter from the recording session, which only adds to the rough and raw nature of the track.