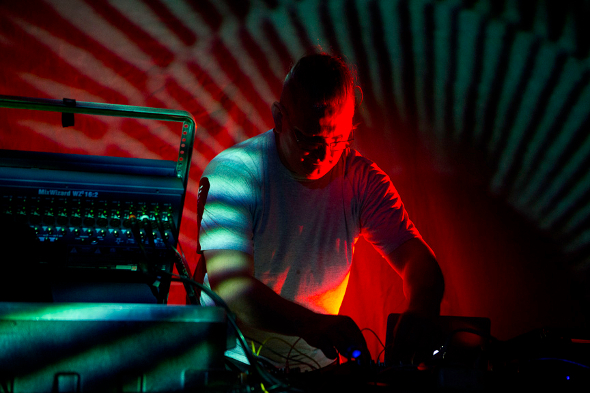 Laurent Prot commits 17 tracks to the Parisian label for the Pink Flamingos LP.

Releases from Polar Inertia, French experimental quad DSCRD and Ligovskoï rank up there as some of the finest to make the DEMENT3D catalogue so far, with the Parisian label a proud exponent of its country’s music since launching in 2011. In five years the label has established itself as a stronghold for a deeper strands of industrial techno and ambient music however until now DEMENT3D were yet to release an artist album, with that honour being handed to Lyon’s loveable Laurent Prot, aka In Aeternam Vale. Extensively profiled by Minimal Wave in recent years, Prot isn’t a total stranger to DEMENT3D, with the label commissioning him to remix Ligovskoï’s Dilip EP in 2014, and it’s apparent the label are huge admirers of In Aeternam Vale’s as they welcome him back with an all encompassing 17-track album.

Entitled Pink Flamingos, the album takes in music Prot has made over the past 30 years, with cuts dating back to 1986 while others are as fresh as 2015. DEMENT3D explain they wanted to focus specifically on the experimental and drone pieces of In Aeternam Vale’s unreleased material. The label describe the music as “unedited techno jams” and “uncut and extended versions of ambient drone pieces – some lasting over 20 minutes.” Pink Flamingos provides In Aeternam Vale with his first album proper since Nostalgie De La Boue’s 2012 release of Masse Critique in addition to Contort’s cassette release of a live set Prot played at Berlin Atonal in 2014.

Parisian label DEMENT3D will release Pink Flamingos by In Aeternam Vale in May.