The Dutch pair will debut on the Vancouver label later this month with the Center Parcs EP.

Fresh from unleashing a promising debut from ace Vancouver selector LNS in the shape of the Maligne Range tape, Rich McFarlane’s 1080p expands its already generous label roster with a debut from Dutch pair Palmbomen II and Betonkust. Off the two, Kai Hugo’s Palmbomen II project will be more familiar thanks to his self-titled album for Beats In Space last year which honed in on the singular space between hazy hardware sounds and “binge-watching” ’90s classic The X-Files. Hugo and Betonkust are evidently close friends, regularly sharing the airwaves of Amsterdam’s Red Light Radio and it seems holidaying together; it is here that inspiration for their 1080p debut came.

As the title suggests, Center Parcs is the end product of the Dutch pair spending a weekend at Center Parcs De Eemhof, a holiday park 50km outside of Amsterdam that was recently used as the location for the Nachtville festival. Seemingly there during off-season, the abandoned park acted as the “perfect zone and conceptual backdrop to this six-track EP.” Described as a “languid and sparkling,” attempt to “push through cheeseball and plastic sounds in search of realness,” a taste of Center Parcs can be had immediately with the below stream of “24×33.” 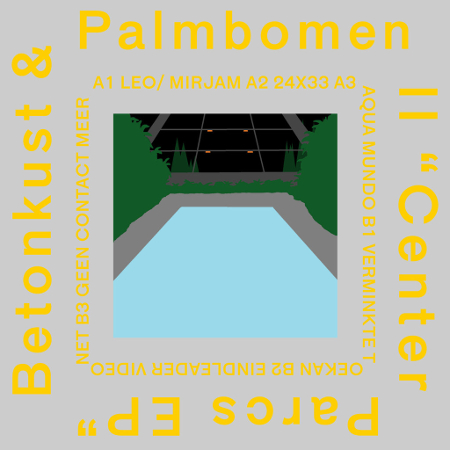