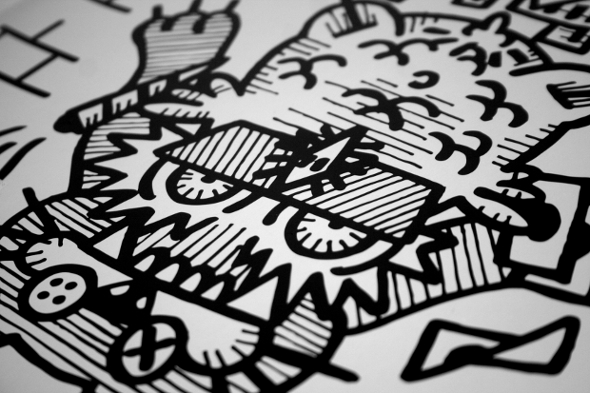 Influences from the cosmos and indecipherable track titles in techno is nothing new however Paul Jebanasam joins the dots here in a way that’s galactically/scientifically original. Really any of these productions on Continuum should have soundtracked Steve Buscemi saving the world in Armageddon instead of Aerosmith’s “I Don’t Wanna Miss A Thing”, but alas it’s 18 years too late (has it really been that long?). Jebanasam’s music paints the imagination with a picture of hurtling through space on a disintegrating asteroid with apocalyptically nostalgic strings and degraded tones adding despondent emotion that’s as heart wrenching as anything you’ll hear by William Basinksi or The Caretaker. Blurs of hyper-trance in the vein of Roly Porter and atom splitting frequencies crushed like Emptyset only add to the phenomenal sound design Jebanasam has achieved and it’s truly spectacular.
Listen/buy vinyl

Everyone likes Ilian Tape right? Why wouldn’t you… On top of manufacturing their own rolling papers, the label’s built up its own individual identity through a unique style of techno that’s oft-rhythmically broken, groovy and on the dubbier side, sourced from artists releasing music the Zenkers Brother have helped cultivate themselves. One of those being Skee Mask, a Munich-based DJ and producer inspired by the ‘pow-pow’ a snowboarder lusts for. This suggestions comes through most on track titles like “Backcountry”, “Japan Air” and “Everest” and the wonderful landscape photography on the cover. Shred delivers that said broken beat sound in the title-track and others like “Melczop” and “Shady Jibbin’”, while glitchy experiments and ambient numbers help glue the album together alongside highlights like the frozen tribalisms of “Autotuned” and airy “Reshape”.
Listen/buy vinyl

Hardware enthusiasts: take note. Maoupa Mazzocchetti is a fine example of how to craft your own hardcore sound without falling into the inherently boring world of obese distortion. There are of course similarities to be made with, say, Beau Wanzer, Gesloten Cirkel or even Silent Servant, but Mazzocchetti’s copying nobody. This debut album, Laugh Tool, sees the French artist’s trademark vocal drawl flange and spin out over acid-burned sonics that sound as though they’ve been reduced by the steam of a toxic sludge cooked up by Skinny Puppy’s Nivek Ogre. Squat music for the freaks, check out “Car Clock”. A powerful statement of intent from Mannequin and Mazzocchetti.
Listen/buy vinyl

If you missed Thomas Brinkmann’s last minute megatron for Editions Mego last year, What You Hear (Is What You Hear), don’t let it happen again with Manuel ‘Nuel’ Fogliata. Like Brinkmann, Nuel delivers an album of ambient industrial productions; however Fogliata’s shine differently through their undeniable sleek, organic and spacey nature. Clips may suggest Hyperboreal is a jarring session of razor sharp noise, when in fact all productions are wonderfully crafted evolutions of modulation, atmosphere and texture, and if you’re a fan of Chloe Harris’ work as Raica, check out the watery submersions of “Polaris”. Not to be confused with other Italian sound bending artists Neel or Ness (it can easily be done), the Aquaplano collaborator first appeared on Further Records in 2011 with the Seattle label giving him the platform to release his debut album, Trance Mutations, once again proving how trustworthy and far ahead of the curve founders Chloe Harris and Mark Cul really are.
Listen/buy vinyl

You could say Apron has been ‘on one’ these past 12 months with a streak of continuous fire coming from Greg Beato, Brassfoot, Shanti Celeste and founder Steve Julien’s various projects. First up for 2016 however is Shamos, as Dublin-born beat fiend and cap-wearing resident on the Wednesday night airwaves of NTS. Debuting with Road Works Part 1, “Training Day” will likely prove the hit for DJs thanks to a flat line 808 beat, peaking horn loops and instrumental hip hop sensibilities. Made to fit a house formula, this jazzy style hits home on B1 “Ode To Lynch” too as four-bar repetitions are softly petted by lightly crusted drums, meanwhile inner cut alternatives call up funky loops where bass melodies dominate the groove. Shit you can get down to.
Listen/buy vinyl 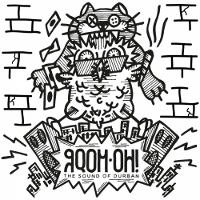 It’s fair to say that DJs, press and music aficionados are adopting an ever more international perspective to find their next sonic thrill. With an increasing focus on indigenous electronic music in parts of the developing world, Gqom has been discovered from the townships of Durban in South Africa. Fusing elements of kwaito, UK funky and the legacy of protest music, a whole sub-culture of artists are represented on this extensive collection, which serves as a primer for the outside world into a fully-fledged musical movement with its own distinctive style. Curated by Italian DJ Nan Kolè, the spread of artists on these 12 tracks maintains their own individual approaches while all feeding into an intoxicating new blend of dance music that sports the darkness of early dubstep and the vibrancy of traditional African music.
Listen/buy vinyl

Despite being in operation since 2006, the identity around collaborative production outfit Lost Trax remains a secret. On the strength of their Tabernacle, SCSI-AV and Shipwrec output there’s every chance these conspirators are well-established practitioners of the deepest kind of electro techno. For those unfamiliar with the Lost Trax sound, this solid EP for Frustrated Funk should tell you all you need to know. “Life Out Of Balance” surges forth with high drama, all razing acid pulse and operatic pads weaving a wonderfully dystopian tale, while “It’s You” flips the script completely with a submerged, subtle and oddly serene acid cut. “Out From Under” goes on to confirm with purist machine music in the time-honoured tradition, but it’s laden with an inherent melodic soul which marks it out as something special.
Listen/buy vinyl 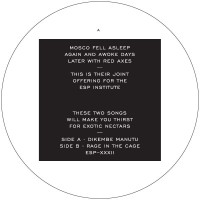 It’s hard to say no to any of the utterly delectable offerings that ESP Institute present to us these days. From Powder’s otherworldy chiming rhythms to Ian Blevin’s illustrious Detroit styles, Andrew Hogge seems to be mustering up dancefloor gems so uniquely crafted as to leave you wondering what the catch is. Moscoman returns to the label after last dropping the Akachi / Nobody Else single last year, this time facing off with Israeli duo Red Axes who he normally shares space with on I’m A Cliché. As a collaborative endeavour, this new effort does credit to all concerned, not least on the tribal thrum of “Dikembe Manutu” with its gorgeous gamelan chimes and loping percussion. “Rage In The Cage” operates somewhat conversely to its title, building towards a decidedly euphoric climax that should surprise and delight in equal measure, but then no such delights should be a surprise on ESP by now.
Listen/buy vinyl 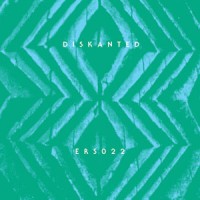 Of all the various crews and sounds orbiting around the fabled Salon Des Amateurs in Düsseldorf, the Diskant label and its associated artists are surely some of the most exciting. Stefan Schwander’s Harmonious Thelonious project was a natural fit alongside Don’t DJ’s wild rhythmic practices, while their joint venture The Durian Brothers with Marc Matter has made the most of their individual traits to create a dense, original pulse somewhere in between live techno and a traditional drum circle. Emotional Response nodded to these practitioners in the Schleissen series last year, but now the whole Diskant repertoire has been sifted through and presented on this comprehensive double-pack of choice tracks. Considered as a whole, there is a truly exciting musical language being spoken here that draws on dialects from all over the world but winds up in something of no fixed nation. Surely that’s one of the finest places for music to be.
Listen/buy vinyl 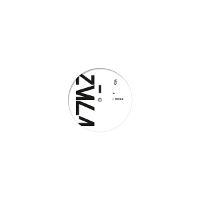 Hailing from Cairo, Ahmed El Ghazoly has been a leading light in the Egyptian capital’s experimental electronic scene for more than a decade. From running an event space to being involved in record labels, his work has provided a space for challenging contemporary sounds to flourish, while on the production side he has devoted time to chopped and screwed hip hop as much as more esoteric fare. His approach on this record for Lee Gamble’s fledgling UIQ label is fittingly subversive, nodding to primal club rhythms with a UK bent while flinging in all kinds of polished, supple and surprising digital tones. “131001G” definitely has a touch of garage rudeness about it, while “Robotic Jabs In 4D” swoons and sweeps with the romanticism of Detroit, but the reference points are still a step away from Ghazoly’s own captivating approach.
Listen/buy vinyl