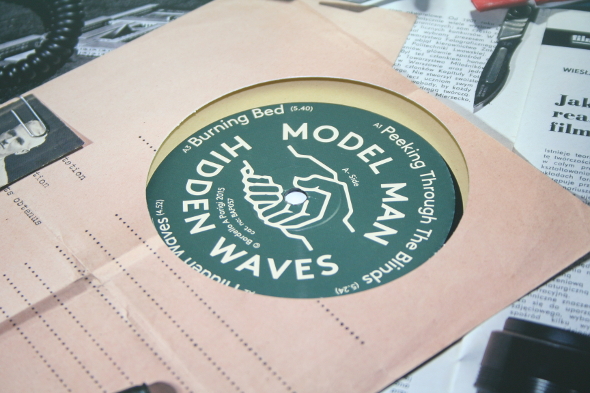 DJ Overdose’s Model Man project launched the Bordello A Parigi label back in 2011 and in the intervening years, it has become one of the most prolific and important labels in the revitalisation of Italo. Championing veterans like Fred Ventura and Flemming Dalum as well as newer artists like Machinegewehr and Ric Piccolo, Bordello A Parigi has enjoyed an enviable run of releases since that first Overdose record. 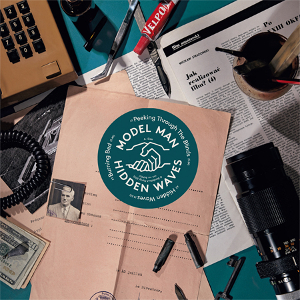 Hidden Waves is not the first time the Dutch producer has revisited the label since –  he put out the high camp disco noir of Maybe with Alden Tyrell as The Hasbeens last year – but it does mark his most wide ranging release yet as Model Man. The title track and the brilliantly named “The Plot Thickens While Pangea Cracks” are in keeping with Overdose’s obsession with movie soundtracks and their dramatic key sweeps and crisp, slow motion drums could be an addendum to the superb Bizarro World album.

“Burning Bed’ follows in a similar vein, with Overdose working layers of acid over his atmospheric, frozen synths. Of course it wouldn’t be a Bordello A Parigi release without some disco and on this front Overdose delivers “Antidote”, which centres on plucked bass and tight, rolling drums, but ends up sounding inconsequential. Its shortcomings are especially audible once it’s compared to the other dance floor track on the release, “Peeking Through the Blinds”.

Powered by the same ruthless swagger as “Maybe”, its pulsing groove is sleek and functional, more EBM-sounding than the often fragile Italo Disco feeling. Add in some nightmare synth passages and the kind of supernatural ‘oohs’ and ‘aahs’ that were commonplace on Belgian hardcore records and it’s clear that “Blinds” is Overdose’s biggest and most accessible track to date.