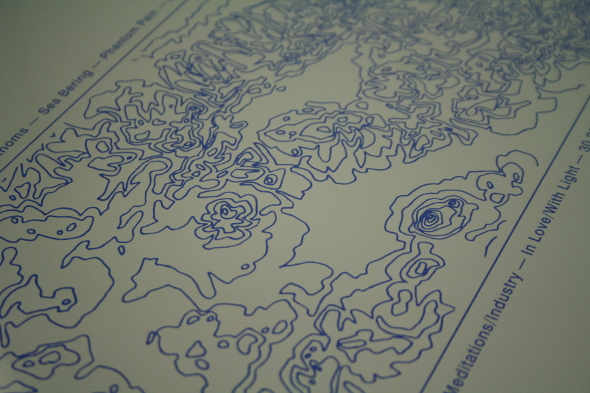 Meditations/Industry from Bill Converse marks something of a departure for Dark Entries. The San Francisco label spent 2015 in reissue mode, and the nearest its catalogue got to the present day was the Kittin & Hacker 12”. While Meditations/Industry is a contemporary album – originally released on tape in 2013 – Converse’s sound is rooted in the past, albeit shaped by influences not normally reflected in Dark Entries’ lexicon or indeed in its approach to re-issues. 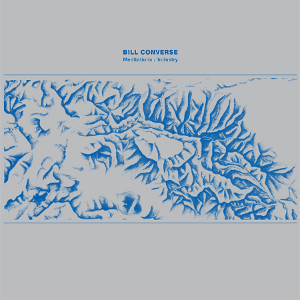 That said, Converse’s production style does share the basic techniques as many of the electronic acts that Dark Entries’ work has shone a light on. This is audible on “Inward Fathoms” and the title track, where the US producer uses raw, tonal bleeps – on the latter they are underpinned by rough claps and a jacking rhythm – before Converse steers both tracks into naive-sounding melodies. “Sea Bering” is markedly different. The wide-eyed sense of wonder is gone, replaced by rolling Detroit electro drums and sub-aquatic textures that sound like they were filtered through one of The Hague’s many grubby squat studios.

That Dutch influence comes to the fore on “Phantom Pain” and “Between Electrons”; grungy rhythms, crashing snares and grime-soaked buzz saw bass conspire to create the kind of swampy Jak that usually appears on Panzerkreuz. Occasionally however, Converse hits a stumbling block. This is most evident on “In Love / With Light”, a confused affair where he tries a fusion of his melodic and visceral influences.

It’s only a temporary hiccup though and on “30.26367, -97.77082” – try saying that after a few dry sherries – he manages to sound like a lo-fi version of Ross 154; those raw, low-slung drums providing a basis for beautifully melancholic hooks and a yawning robotic vocal. Meditations/Industry sits well outside of Dark Entries’ comfort zone, but this unlikely union makes for one of the label’s most fascinating oddities.