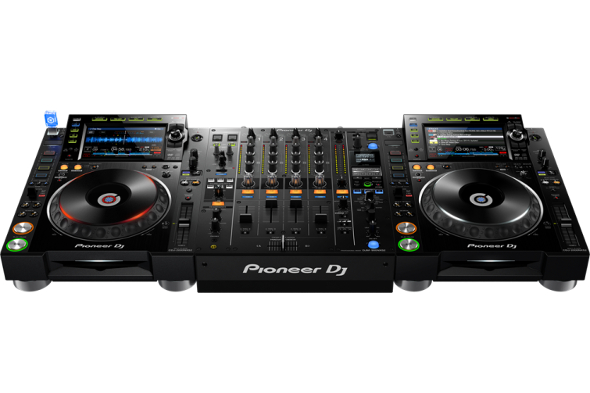 The manufacturer have added two new products to its Nexus range, the CDJ-2000NSX2 and the DJM-900NSX2.

For the many DJs out there, 2016 opened with a bang thanks to the announcement Panasonic were to release the Technics SL-1200G, a new model aimed at (expensively) filling the void of the much loved, faithful and discontinued Technics SL-1200 models of the past. Pioneer now join in on the announcements as RA report the manufacturer will add two new additions to their range of Nexus products, the CDJ-2000NSX2 and the DJM-900NSX2. While there may be many updates to the bells and whistles on the CDJ-2000NSX2 like added hot cuts, looping functionality and revised Rekordbox software, the stand out upgrade that will mean most to DJs is FLAC and ALAC files are now supported with the addition of a improved 96 kHz/24-bit soundcard and 32-bit D/A converter

Furthermore, the DJM-900NSX2 also receives the same soundcard upgrade as the CDJ, with the addition of 64-bit mixing processor which is said to service better functionality of extra features like beat and frequency effects to onboard reverb and delay. More nuanced features under the hood include redesigned volume curve on the faders and EQ knobs, while the mixer comes built with two USB ports, four phono inputs and DVS support helping limit the interruption during the changeover of DJ sets.