Ceramic TL album from Egyptrixx on the way 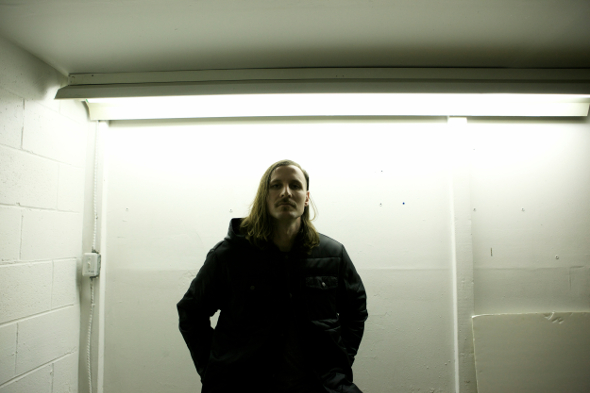 Dave Psutka explores “concrete emotion” on Sign Of The Cross Every Mile To The Border due on Halocline Trance in March.

Having made waves through a number of Egyptrixx releases for Night Slugs that culminated in one of our favourite albums of 2013, A/B Til Infinity, Toronto artist Dave Psutka elected to break free with his own Halocline Trance label. Founded in 2014, the stated intention of Halocline Trance was to act as a “vessel for his music, visual and collaborative projects” with last year’s Transfer of Energy [Feelings of Power] album from Egyptrixx the inaugural and sole release to date. Brendan Arnott’s interview with Egytrixx last year went some way to breaking down Psutka’s ideas for that album. The next release from Halocline Trance sees the unveiling of the Ceramic TL project from Psutka with an album of “tranquil, concussive electronics” called Sign of the Cross Every Mile to the Border due in March on cassette and digital formats.

Recorded “with modesty at Halocline Trance studios” in the latter half of last year, the album’s seven tracks are described as “meditations on optimism and faith through the prism of environmental cataclysm” and represent the first tangible Ceramic TL output from Psutka, despite the project being in gestation since 2014. Rife with some track titles that would inspire envy in Dominick Fernow, you can get a feel for the upcoming album with the below stream of “This Looks Just Like It, The Answer To My Prayers – I Thought My Life Was Over Until Two Years Later I Arrived.” Those seeking some further sonic delights from Psutka should tune into his new Halocline Trance With Egyptrixx show on NTS which begins on January 12.

Halocline Trance will release Sign of the Cross Every Mile to the Border by Ceramic TL on March 15.

1. I Attached To And Pored Over Photos Of Places I Loved That Were Reduced To Ash
2. Sign Of The Cross Every Mile To The Border
3. Life On Earth
4. I Often Wondered How The Group Would React When Eco-Apocalypse Finally Struck
5. This Looks Just Like It, The Answer To My Prayers – I Thought My Life Was Over Until Two Years Later I Arrived
6. Our Leverage Is Weak There Are Things We Can Do
7. Clearing