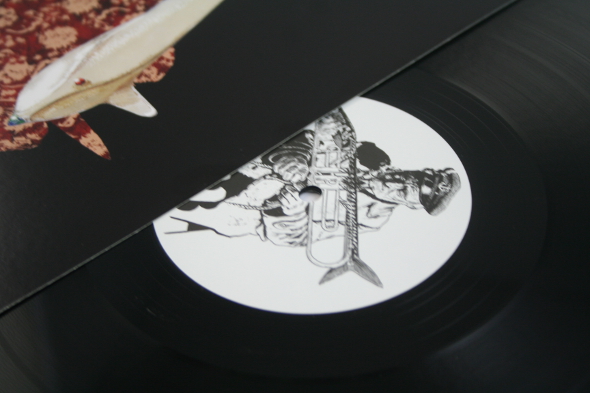 Communications System by DJ Stingray follows on from other high-quality, electro-leaning releases on Barba from Heinrich Dressel and Marco Bernardi. However, this a broad reference term and no one makes or plays music like Sherard Ingram. On the decks, the Detroit DJ has a supernatural touch, playing records at the wrong speed, seamlessly merging improbable sounds and textures and cutting between tempos and rhythmic structures. Ingram applies the same approach to his productions and Communications System shows again that he inhabits his own sonic universe. 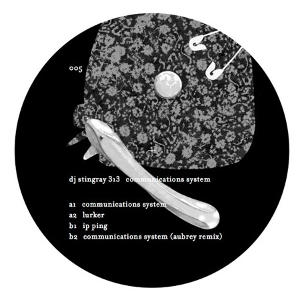 Even the most conventionally structured electro track on this release, “Lurker”, is an adventure. It starts with a lithe, high-packed electro funk rhythm, brittle yet dynamic. Then Ingram adds in a punishing EBM bass that morphs unpredictably until the listener is brought back to the metallic rhythm, engulfed at the end by atmospheric synths.

“IP Ping” and the title track are far less conventional. The latter resounds to bass drops and a dissected rhythm, disconnected vocal narratives that reference Ingram’s favourite subject, technology, and, as a counterpoint to the abrasive backing, a patchwork quilt of mellow electronic sounds. Meanwhile, “IP Ping” sounds like it started life as a high-paced electro track before Stingray took an axe to it and hacked it to pieces. The ensuing splintered percussion, chopped up bass and twitchy semblance of a rhythm are all glued together by cinematic synths and chopper blade swooshes.

Maintaining the unpredictable momentum, the label has tapped Aubrey for a remix. Those readers with long memories will remember the veteran producer mainly for his central role in the emerging UK tech-house scene of the late ’90s, but this appearance has little bearing on his past work. If anything, he sounds at home in this new role and he combines distorted drums, a solder iron rhythm and dissected vocals for a remix that puts some but not too much structure on Stingray’s sonic adventures.