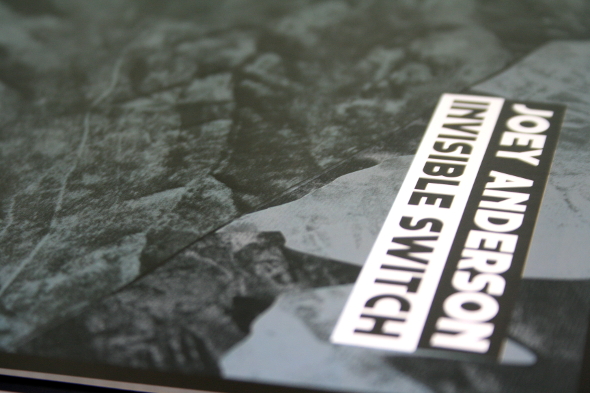 When some artists turn to face the daunting prospect of their second album (or first, third, or any other for that matter) it can be viewed as an opportunity to dig deep and draw upon some new musical idiom they’ve not tackled before. No doubt some feel the pressure of expectation, not least if they have a fan base and supportive press that generally laud everything they have done before. Even if we don’t know how Joey Anderson felt as he worked on the follow-up to 2014’s After Forever, those aforementioned stereotypes of ‘album approaches’ don’t seem valid when considering his music at all. 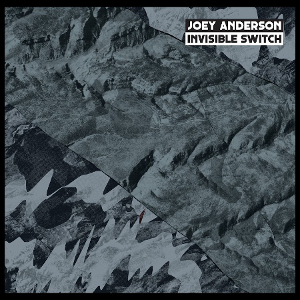 Anderson has forged a peculiar, alien sort of style expressed through tones and rhythms coherent throughout his output. It sounds like no-one else out there, and yet it doesn’t try too hard to be self-consciously weird or wild. No doubt Anderson has it in him to go further out if he wishes, and he occasionally pulls it back in to a more literal club focus (as on “Head Down Arms Buddah Position” for example).

Invisible Switch shouldn’t feel like a shock to the system for any fan of After Forever or indeed any of his many earlier singles. There is still a familiar array of sounds being used, from classic drum machine percussion to warm and undulating square wave bass and so forth, maintaining a steady connection to previous Anderson material. Take “Reset” as a case in point; as it gently evolves around the steady anchor of a beat, it channels an emotionally ambiguous line in high-pitch synths that call skywards in hope. It feels like the yearning heart of classic Detroit techno, but with the obvious bombast replaced by mystery, yielding the same emotional effect that first drew people towards Anderson’s sound.

“Tell Us Where” too casts a strange spell over bold leads that border on trance but keep one foot in that pool of cosmic influence that guides Anderson’s compositional decisions. By the end of the track those leads are accompanied by all kinds of different head-spinning tones pushing once more for that transcendental feeling.  There is a noticeable increase in intensity as the album progresses. “Nabta Playa” is the track that stands out as the least typical for Anderson with its tough techno kick n’ clap pump, but as ever the brutal simplicity of the drums belies the meandering unpredictability of the synths. Here the motifs are utterly wild, whether it’s the strafing acid licks or the bizarre wonk of the organ. It’s an exciting listen, but it’s not clear whether it sits quite right with Anderson’s spiritual tendencies.

“18 Arms” too has a fiery attitude to it, all raging arpeggios raining down notes with an intent that is far from the soft star gazing of the earlier tracks, but in this instance a certain deftness is deployed that keeps the idea on course. It feels as though such delicacy, even in heavier moments, holds the key to Anderson’s curious appeal. When an artist can be so resolutely unconventional in what they make and still be popular, there must be that hidden quality beneath the surface that strikes a chord with a whole range of listeners and dancers.

“Beige Mantis” harks once again to a truly back to basics beat, and the only shortfall here is that the drums end up dictating the mood of the track. By way of a necessary contrast, album closer “Blind Light” shifts the emphasis back to the melodies. With its crafty layers of straining notes never sitting in one place and a gentler beat, it shows off the best of what Anderson’s unique style has to offer.

In the end, it’s understandable that the artist chose to call upon some tougher drum tracks in amongst this album. Comparison is an essential part of appreciation after all, but it certainly seems that Anderson’s craft is more naturally suited to slender rhythms. Considering his preferred sounds are rooted in a classic house and techno hardware tradition, when he skirts too closely to a more straight-up approach that distinctive magic in his music gets diluted. Check the swooping synths and static crackle of the opening title track for all the proof you need; Invisible Switch is at its best in its subtler moments.