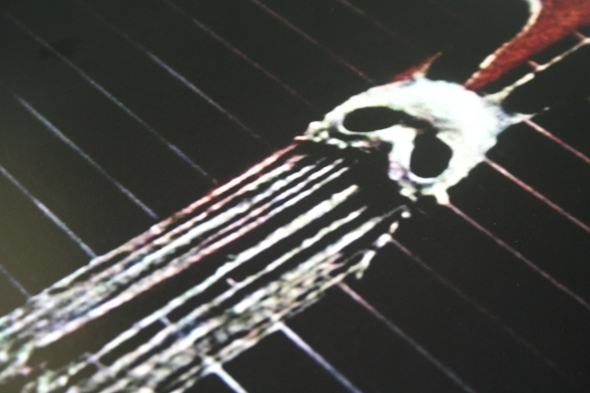 Inaugurating new Glasgow label Work for Love, No News From New York sounds like London-based artist Timothy J. Fairplay has infiltrated the space that is occupied by Giallo Disco and Legowelt’s Squadra Blanco side project. Clearly inspired by John Carpenter but also infected by a wider disenchantment with modern society – which may explain the Donnie Darko-style mask that adorns the cover – this four-track 12” is a darkly atmfospheric ride through disco, EBM and movie soundtracks. 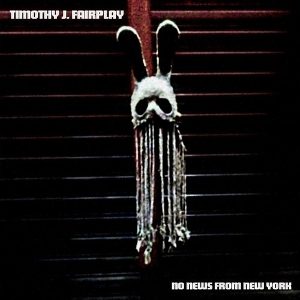 It is also unusual in that it manages to fuse horror soundtracks with direct, almost functional dance floor arrangements. For example, “Court Street Shuffle” packs a powerfully robust bass and skeletal rhythm as the sometime Andrew Weatherall collaborator conjures up synths so gloomy that you could get lost in the clouds of fog that accompany them. “Mickey’s Theme” is even more functional; tough kicks and steely percussion come together to support a brooding sound that bubbles up from the depths of the city’s sewers via Danny Wolfers’ Hague studio.

Despite Fairplay flirting with this approach, he also doesn’t lose sight of the fact that the horror disco sound comes into its own when the tempos are far slower and the pace plods instead of grooving. Accordingly, he includes “Carla Is Typing A Message” and the title track, which both hover at the 100bpm mark.

In both instances, the bass rumbles forebodingly, and are eventually engulfed in dramatic strings and synths so dystopian that with each chime you can almost see Kurt Russell flitting through the shadows of the Big Apple’s deserted streets, on his way to rescue Donald Pleasance in Escape from New York. Fairplay may be wearing his influences very openly, but he executes each track with such a high level of skill that it is hard to fault him.

A1. Carla Is Typing A Message
A1. Court Street Shuffle
B1. Micky’s Theme
B2. No News From New York