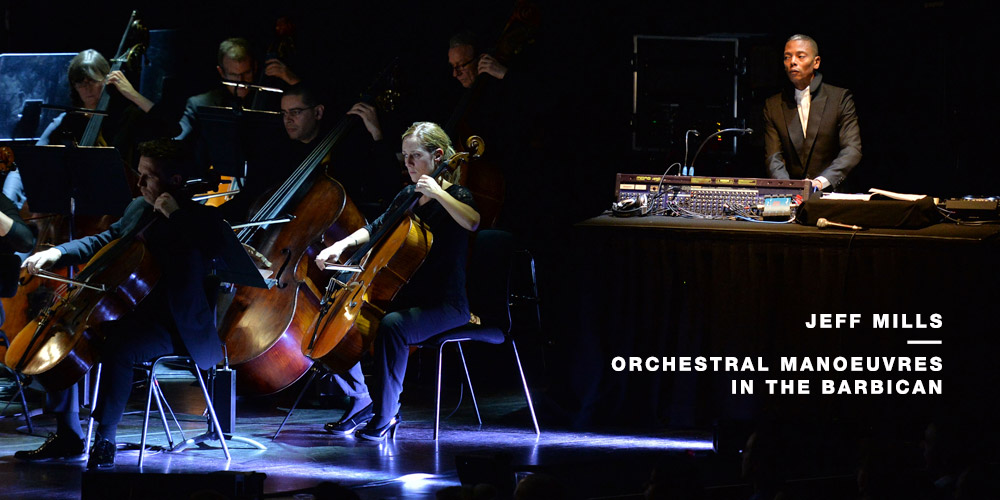 Richard Brophy reports on Light From The Outside World, the recent performance by Jeff Mills and The BBC Symphony Orchestra, discussing the project with the Detroit icon.

This is techno in 2015. It’s a wet and windy Saturday night and we are in the bowels of London’s labyrinthine Barbican Centre, ready for an early evening performance to start. Around the foyer and at the bar, amid the chinking of glasses and the ringing of tills, a variety of languages are audible, as an international crowd chatters. Label owners, DJs and industry types congregate to exchange stories, all around us an atypical-looking audience is either filing in to the tiered hall or already unexpectedly fidgeting in the plush seats, waiting for the show to begin.

Instead of the usual genteel, well-heeled attendees that frequent the Barbican, tonight’s crowd consists of black clad, unshaven, UR T-shirt wearing individuals. If this seems surprising, it’s because we are all here to witness something out of the ordinary, the world premiere of a show called Light From The Outside World.

However, this is not a performance from a well-known classical composer, but a collaboration between Jeff Mills and the BBC Symphony Orchestra who are performing tracks from the Detroit techno DJ and producer’s back catalogue.

In 2005 he worked with the Montpelier Philharmonic Orchestra on a similar project, The Blue Potential, which was later released as an album. Since the late ‘90s he has been providing soundtracks to films like Fritz Lang’s Metropolis and Woman In The Moon to his own techno documentary Man From Tomorrow. Arguably, Mills’ experiments outside of the military precision techno he is perhaps unfairly renowned for have made for some of his most impressive releases, including his X-102 and X-103 releases with Mike Banks and Robert Hood, and then just Hood, respectively. 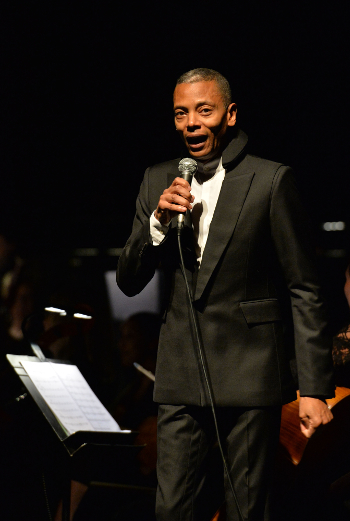 Light From The Outside World takes its title from a line in the film Fantastic Voyage (which Mills has separately scored in the past) and is described by the Barbican as the follow up to The Blue Potential. When Mills walks on to the stage to a full venue, he’s dressed in a dapper grey charcoal suit, black patent shoes and what bizarrely looks like a neck pillow from a long-haul flight on his collar – could it be that his tailoring is as conceptual as his music? He looks the part of veteran club DJ turned classical music buff.

The orchestra’s conductor, Christophe Mangou, joins him and in a neat piece of continuity, the orchestra launches into “Gamma Player” from the 1995 Millsart release Humana, which also featured in the Montpelier Philharmonic Orchestra session. Interpreted by a full orchestra’s string section, the track’s beguiling synths take on a new form, an extra dimension, dive-bombing dramatically over hypnotic pulses with the unflinching intent of an army of gulls gorging on a trawler’s sea-slops.

Mills is clearly enthused by the collaboration and gets on the mic a number of times throughout the show to talk about the project and it origins. He announces a cover version of an Ashford & Simpson song and talks about it in relation to his early days as a DJ in Detroit.

Mills is clearly at home in this environment, and, working with Mangou, uses sections of the orchestra to reinterpret his studio techniques. The string section is deployed by turns as a replacement for filtering and percussive volleys, the horns blast furiously to re-imagine atonal, distorted elements.

It’s against this backdrop that “The Bells” – Mills’ most over-played and best known track – takes on a new life, and the dramatic rave stabs of X-101’s “Sonic Destroyer” are transformed by a cacophony of violins and cellos.

Most impressive though is the orchestra’s rendering of “Amazon” by UR, one of Mills’ and techno’s greatest pieces. Hearing those dense break beats, the chattering bird song and epic synths interpreted live by close to 100 players is nothing short of revelatory. It brings an end to yet another unusual performances at the Barbican. All those plush seats are by now vacated and the crowd is dancing – albeit in a relatively civilised manner – in the aisles.

Speaking to Mills after the performance, I start off by asking how Light from the Outside World constitutes a progression from The Blue Potential. “It was a progression on all factors,” he begins, “the development of the concept and the merging of two genres (classical and electronic) on a common theme; the translation of my compositions to the scores and sheet music for the musicians.” Mills explains, “For this, a certain language is needed to be developed between the arranger, Thomas Roussel and myself, in order to assign the sounds for each musician.”

“Technically and in the performance of Blue Potential, my set-up was based on a theory I had, but had not been able to fully test. Since then and with Light From The Outside World, the set-up has formulated to what I essentially need to be as the other musicians,” Mills continues. “There is also the progression and development of the audience and listeners as well. I believe that in the 10 years since The Blue Potential, people have slightly become familiar with the first announcements and media coverage in 2015 may have built up a bit of curiosity.”

Mills also makes the point that the healthy working relationship he enjoyed with the orchestra during rehearsals meant that he could tweak and modify some of his tracks. This, he says, was because, “I could see that the BBC orchestra musicians were so good that we could inject new parts that would enhance the written compositions.” 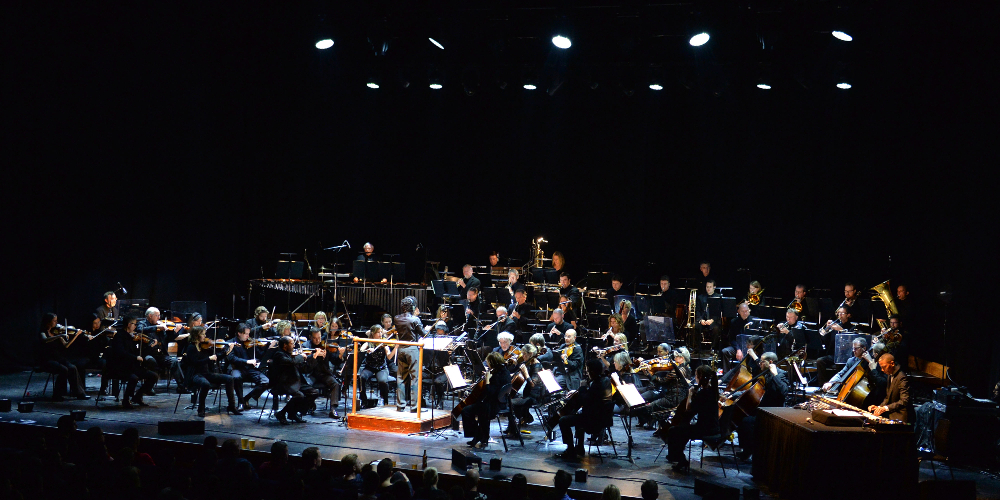 The question of progression also feeds into a wider issue that the Detroit DJ has spoken about in the past, namely that techno is increasingly being made with an older audience in mind. Does he believe that this is still the case?

“Yes, I still believe so and it will continue and be more apparent as people that were considered ‘young’ in the mid-1980s want to continue to enjoy electronic music well into their later life. It could be that techno music could be the genre that stretches in demographics the widest,” he opines. Furthermore, Mills feels that Blue Potential and now Light From The Outside World are designed to cater for this ageing demographic.

“It would be logical to believe that more people actually listen, and not dance to electronic music. I’ve always believed that those lucky people that are able to stay out late at night, into the morning hours are the minority and not the majority of the people that follow the genre,” he feels. “Creating other presentations of the genre for other hours of the day and evening just makes sense because it is affordable for people that live a different lifestyle, but still love music.”

If you accept Mills’ argument that techno audiences are ageing then the rationale for enacting or interpreting techno music in new settings and formats like Light from the Outside World is a logical response. This theory, however, runs into difficulties if viewed from an opposing perspective, namely that Mills or any other producer who indulges in such artistic whims could be seen as steering techno away from its underlying innovative, futuristic approach. Simply put, such performances could be seen as staid, middle-aged and regressive.

In that regard, the programme notes, where Mills is quoted as saying that the ‘orchestras and musicians add the human element to the composition’, are revealing. Orchestra conductor Christophe Mangou also makes the point in the notes that techno is mechanical and can lack a human element. Mills feels that there is room for both approaches and that both are equally valid.

“It seems that most dance music audiences have become used to the idea of music and DJ mixes being perfectly synchronised – with no human fluctuations whatsoever. In fact, I believe that most people who listen to dance music would prefer the feel of the machine than the human,” says the DJ whose Live at the Liquid Rooms mix provided an unparalleled journey through seat-of-the-pants, three-deck white-knuckle techno energy.

“I think that in a large part of electronic music, the goal is not to be focused on putting the real ‘human element’ into it because it’s not something that is really needed,” Mills says. “As there is no correct way to make music, either way is acceptable, but I think that there is a lot to learn about music and rhythm when the result relies on direct human interaction.” Mills cites the orchestra conductor Christophe Mangou as an example. “He currently performs a unique performance concept called Sound Painting. It consists of music, dance and theatre, where all the parameters are mixed. It’s quite avant grade.”

In any event, Mills also believes that the crowd who attended the Barbican performance was the type that would usually hear him perform in a club in London or elsewhere.  “It’s likely that I’ve crossed paths with many people in the audience at some point. To be able to present them with something new was definitely a privilege and a highlight of this year for me. Also, I think some people in the audience know that a ‘danceable path’ can always be just a beat away,” he adds.

Apart from reworking his own music, the performance at the Barbican saw Mills and the BBC Orchestra rework the aforementioned Ashford & Simpson’s “Bourgie Bourgie”, the husband and wife soul duo’s gloriously seductive 1980 disco tune. Introducing their version, Mills recalls that when he was starting off, it was the song that brought together established Detroit DJs and new jocks like himself. Does he plan to do other cover versions or was this one an exception?

“I love disco,” he says, “so having that composition in the performance was more a personal preference than anything else, but I wouldn’t mind making a performance referencing disco,” adding, “I have the idea to do not covers, but let’s say ‘visit’ the genre of classical. Perhaps visit Debussy or Mahler with techno.”

Apart from coming out with his own techno version of Hooked on Classics, Mills says he also wants to create scores for new sci-fi films – not just existing classics – and has hopes to release an album in collaboration with the BBC orchestra.

“That would be fantastic and something I’d look forward to very much. Who knows, let’s see,” he says. Mills also confirms that plans are also under way for more performances of Light from the Outside World. “Working with the BBC was an amazing experience. They’re one of the best orchestras that I’ve worked with. We’re talking about this, about perhaps having another performance sometime in the future,” he reveals.

With the possibility of another such performance and the sound of Mills and the BBC Orchestra’s unforgettable version of “Amazon” still ringing in our ears, we head back out into the wet, windy London night.

All photography courtesy of Mark Allan