In case the return of his Kerrier District alias this spring wasn’t quite enough, Luke Vibert has bookended another particular active year with Bizarster. You could argue that every year is particularly active for Vibert: this is his seventh solo album under his given name (10th if you include his collaborative albums with Jean Jacques Perry, B.J Cole and Simmonds) and 24th album in total. That’s an album every eleven months, on average, since he emerged professionally in 1993. You could also argue that Vibert favours, and consequently suffers from, quantity over quality: for every seminal track such as “Mr Mukatsuku” or “I Love Acid” there are at least 10 less memorable, possibly even throw-away, cuts. But that’s always struck me as the producer’s vibe; he doesn’t over-think, over-labour or over-conceptualise his tracks. 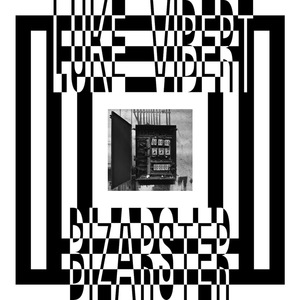 Unlike many producers who shamefully harbour terabytes of ideas and sketches that will never see the light of day (be it due to dodgy sample issues, iron-fisted label remits or painful self doubt), Vibert is refreshingly honest with his despatches; baring all with no ego or embarrassment, he runs naked through the swampy genre jungle dishing out tracks with that rough and ready fresh-out-of-the-studio finish. Like that kid in school passing silly drawings and notes around, his hyper-enthused approach to production still has the excitable fervour of a ‘80s kid who’s just been given an MPC for Christmas.

There are many reasons for this frenzied, freeform approach; dodgy samples are a signature for him anyway, Planet Mu are about as iron-fisted (and proactively left-minded) as Jeremy Corbyn, and he’s been around far too long to suffer self-doubt. Or at least that’s how it seems. And, in the case of Bizarster, how it sounds. Unlike last year’s passionate acid homage Ridmik, or this year’s weirdo disco-dedicated Kerrier District album 4, Bizarster appears to have no strict theme other than it being a frenzied scattershot house party of ideas, grooves and straight-up buzz-cuts. This, certainly to Vibert fans, is great news; we’re kept on our toes as he dips his into every genre he’s dented in previous years, albums or aliases.

Defenestrating the very notion of dull moments, Vibert remains colourful, creative and loose at all times: The cartoonish raindrop trip-hop plinks and plonks of “Knockout” act as the consummate host inviting us into Luke’s oddball party, offering us canapes and a tin of lukewarm Skol with a smile that doesn’t give the game away. The party really gets into the swing when the juicy, slap-happy disco of “Officers Club” and the bold/daft/sublime/stupendous (delete as appropriate) use of Phil Collins’ “In The Air Tonight” on the winningly titled “I Can Phil It” hit midway. While both are a reminder that dance music is about fun and not taking yourself seriously, the turbo b-boy breaks of “Ghetto Blast Ya” demonstrates Vibert does take sample craft seriously and knows how to twist, terrorise and tease a drum break into submission like very few other artists.

As the party’s chaos begins to subdue, we get lost in the fog on the sticky, smoky Cali kung-fu rolling of “Doozit” only to be rescued by a classic bulbous square wave and hurled into an incredible jungle finale with the swashbuckling amen intoxication of “Don’t Fuck Around”. A neat counter to the ingratiating opener “Knockout”, this final track plays the adept role of the party host who’s had enough of your tomfoolery, he wants you out of his house instantly and he’s not afraid to throw you through the front door. And after an hour of Vibert’s sonic silliness you’re inclined to agree with him. For now. But you’ll be back. Just like Luke will. Again and again and again.