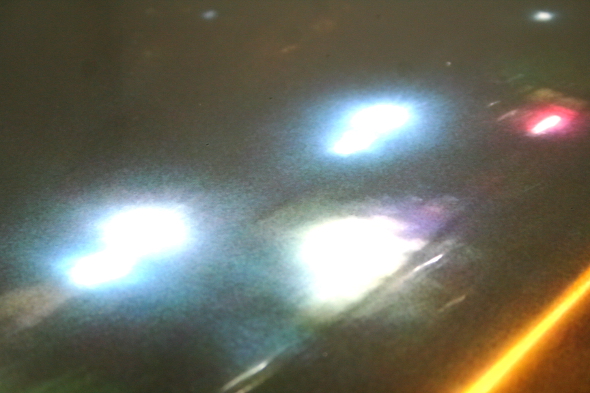 West Coast label Further Records has had a great year, releasing Rrose’s conceptual Having Never Written a Note for Percussion as well as strong albums from Strategy, Innercity, Donato Dozzy and label owner Raica, and some sub-aquatic techno from Nautil. As the end of 2015 approaches, Further usher in a special release that truly captures the label’s charmingly ramshackle approach. 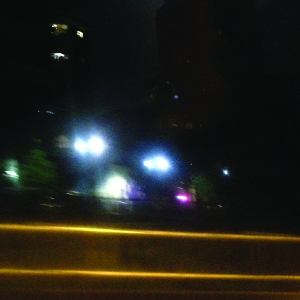 As the title suggests, this album is a live recording from two thirds of Magic Mountain High, Dave ‘ Move D’ Moufang, and Jordan Czamanski of Juju & Jordash playing together in Seattle. Performed in the Washington State city in May 2013, it saw the pair use borrowed gear when theirs did not work. Further say these extended jams take the listener on a trip that’s “as long, strange, and stimulating as anything Miles Davis’ electric bands of the ’70s engineered.” It’s quite a claim to make, but Moufang and Czamanski are able to back it up.

Side A begins with wind chimes and dark bass grunts before the pair bring the listener down a path where an eerie soundtrack from a ’60s B movie plays. Six minutes in and percussion starts to crash, as do the drums, faint at first, but quickly gaining in volume. By nine-minutes, the pair start to unleash waves of acid that only peter out when the arrangement ends in a wall of fuzzy abstraction on the quarter-hour-mark.

On the flip side, the pair start in meaner form, with aggressive drums and an unrelenting bass pulse, which in turn leads into heavy acid bleeps. Despite this tougher, direct sound, there is still a psychedelic undercurrent at play throughout the B-side, characterised by swirling keys and extended organ solos. When the track fades out in a blur of microphone feedback, there are respectful cheers from the crowd, audibly appreciative of the pair’s freeform approach. Captured on vinyl by Further, as well as being available in full on double CD, this vivid experience is now available to a wider, global audience.