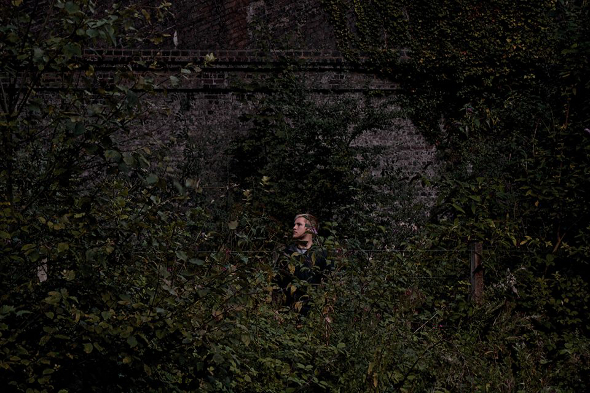 The talented newcomer turns in a creeping rendition for the new Happy Skull record.

The superbly monikered Bruce (pictured above) has perhaps been wise in tempering the clamour around his music since that breakout pair of 12″s for Hessle Audio and Dnuos Ytivil last year, with only a remix of Bristol type Gramrcy surfacing. The more forensically-minded individuals out there that pore over IDing mixes will probably know there is more Bruce brewing, with untitled tracks surfacing in mixes from the Hessle crew, All Caps man Bake and Idle Hands boss Chris Farrell. One such production is Bruce’s remix of Creta Kano’s “False Water” which is set for release next month on the final Happy Skull 12″ of the year alongside reworks by Lurka and Young Echo pairing O$VMV$M. We’ve covered the latter previously, but you can now hear Bruce’s remix in all its “hi-fi” glory below, though it is clearly tailored for bending minds on a big soundsystem as opposed to laptop speakers.