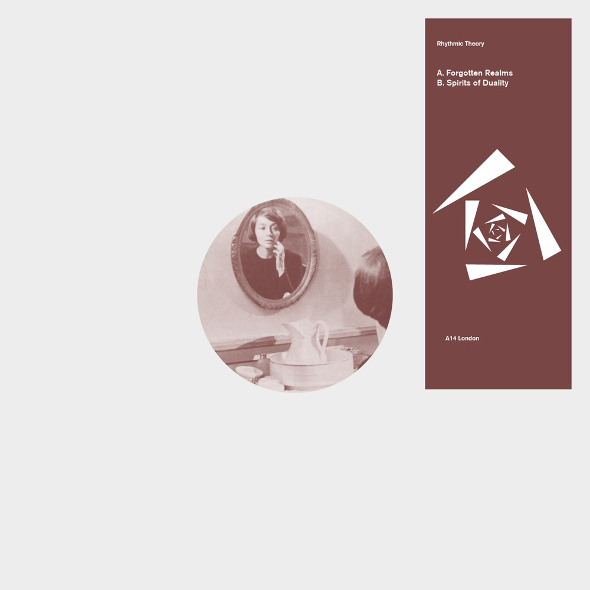 The prolific Bristol producer lines up the second release on Blackest Ever Black’s A14 sub-label.

It was just under a year ago that Kiran Sande expanded his Blackest Ever Black operation with the launch of A14, a sub-label focusing on everything from “serpentine breakbeat reductions to straight-up terminator trax.” Paris producer Tomas More was granted the honour of inaugurating A14 with a 12″ under his December alias and given the sheer scale of the BEB release schedule since then it’s no surprise the sub-label has taken a back seat this year. However, a second A14 release is planned before the year is out with Bristol artist Rhythmic Theory at the controls.

The upcoming Forgotten Realms/Spirits of Duality 12″ was first alluded to in the round of questions and answers that accompanied Rhythmic Theory’s excellent Juno Plus podcast earlier this year; indeed the latter track features midway through. Brief previews can be heard below with the “broken beat assassinator” styles of “Forgotten Realms” particularly rewarding. News of the A14 12″ comes as a Rhythmic Theory record on Idle Hands has just landed on record shop shelves and follows a release on Bercesue Heroique’s Ancient Monarchy offshoot earlier this year.

A14 will release Forgotten Realms/Spirits of Duality by Rhythmic Theory in late November.

A1. Forgotten Realms
B1. Spirits of Duality