Under the name Mr Beatnick, affable Londoner Nick Wilson has built up a reputation as a solid DJ, well-respected producer, knowledgeable digger and occasional journalist (check his recent talk and walk through the backstreets of Angel with Floating Points for FACT). We can now add label boss to Wilson’s docket with the news he is launching his own operation Mythstery Records with a debut release courtesy of Breakplus. The Genevan producer is evidently a close friend and occassional collaborator with Wilson; back in 2005, the pair recorded a 12″ of beats-focused material under the name Thieves Of Time.

The upcoming Instant Bull is described as a “hazy ride balancing mellow grooves for home listening with a trio of left-side club cuts – from heady psych rock to Turkish disco,” and looks to be a debut solo release proper for Breakplus, who has previously put his name to several compilation tracks. Turkish singer Ahu Kelesoglu (known for lining tracks by Fly Lo, Paul White, and Mr Beatnick) contributes a spoken word intro, whilst Ben Hadwen and Guy Benton bring their respective flute and keyboard skills to proceedings.

Those that want to check out how Instant Bull plays out can listen to the searing closing track “AN Atoll Alien” via Boiler Room here. Having reached out to Mr Beatnick for some words on his motivation behind starting the label, he sent the following detailed response:

“Mythstery records is a sort of reaction to everything I’ve learned over the last few years, making records with Benji Semtek on Don’t Be Afraid. It’s been an amazing experience for both of us, with the DBA label nailing a sort of UK underground aesthetic that’s an increasingly a real sound of its own. Benji and I spend a lot of time discussing that developing aesthetic and how it relates to the records. Formed In the Stance for example, is very much a DBA record in its outlook – but for every record I release on that label there are piles of sessions with unreleased material in lots of other genres – boogie, funk, acid, slow ambient beatless stuff, and most of all, hip hop. Then you have all the bonkers unreleased stuff I increasingly get sent for my NTS radio show, which often is crying out to have a home somewhere.

I still get emailed about the edits and hip hop beats I made and released back in 2005 – 2009 – it feels like it’s time to bite the bullet and create a little space to play around with all this sort of material – none of which is comparable to the more dancefloor stuff I’m doing on DBA and elsewhere. The goal is to create really fun little projects in limited runs which appeal to a broader taste than purely house & techno, though I’m sure there will be a bit of that thrown in for time to time just to keep everyone on their toes. It’s more for the old school collectors and crate diggers, that I grew up with, that inspired me and that are a big component in the aesthetic of the records I make. ”

Mythstery Records will release Instant Bull by Breakplus on November 6. 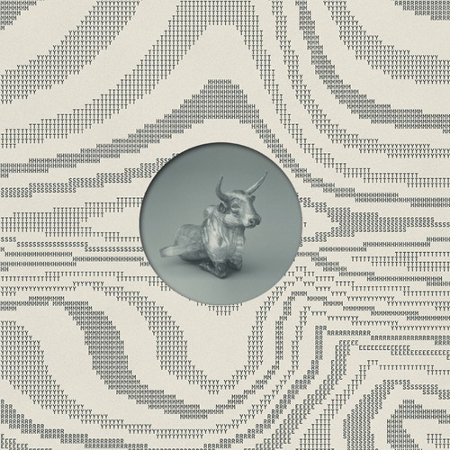